St. Thomas, U.S. Virgin Islands. Caribbean perfect sailing conditions spelled a great day of racing for the 50-plus boats competing in the first day of the 46th St. Thomas International Regatta (STIR), which takes place through Sunday. Warm trade winds blew an average of 12 to 15 knots with occasional gusts to 20 knots, seas were relatively calm at 2 to 4 feet, and the bright sun made for a balmy 80’s Fahrenheit. What really stood out as a signature feature of STIR was the race committees carefully planned round-the-island-, rocks- and cays-style courses that offered highly competitive racing in an extraordinarily scenic setting. Definitely the best of both worlds.

“The courses were awesome,” says St. John’s Mike Feierabend, who with his all St. John crew helmed his J/24, Bravissimo, to first after today’s two races in the CSA Spinnaker 2 class. “We really love going around the islands. The wind angles on the courses set by the race committee were especially nice.”

The four-boat CSA Spinnaker 2’s races were each nearly 10-nautical miles and wove around Dog Rock, Little St. James and Packet Rock off St. Thomas’ east end. Meanwhile, the eight boats in CSA Spinnaker 1 raced in the same vicinity, but these larger vessels were able to stretch their legs to a greater extent on a duo of longer courses that extended to Buck and Capella island’s off St. Thomas southern Caribbean Sea shore.

“We sailed well today,” says Antigua’s Pamala Baldwin, who raced aboard her J/122 Liquid. Liquid, crewed by several aspiring professional race boat crew, is second in class, yet tied at 5 points with class leader, St. Thomas’ Peter Corr’s King 40, Blitz. “We had a one-hour debrief yesterday after the Round the Rocks race and worked out the tweaks. Four of our sailors are new to the boat and we really came together as a team today.”
“Flying Jenny, the USA’s Sandra Askew’s C&C 30, also had a productive day, finishing third in the CSA Spinnaker 1 class. Meanwhile, Puerto Rico’s Jonathan Lipuscek’s Dark Star was fourth.

“Fantastic. A lot of fun. Great courses that were just the right distance with good angles to make it interesting. Conditions perfect for us. Great competition. This is what we liked best about today’s racing,” says Lipuscek, who is sailing his new MC38, for the second year in STIR. “We’re still learning the boat and continue to learn something new each day.” 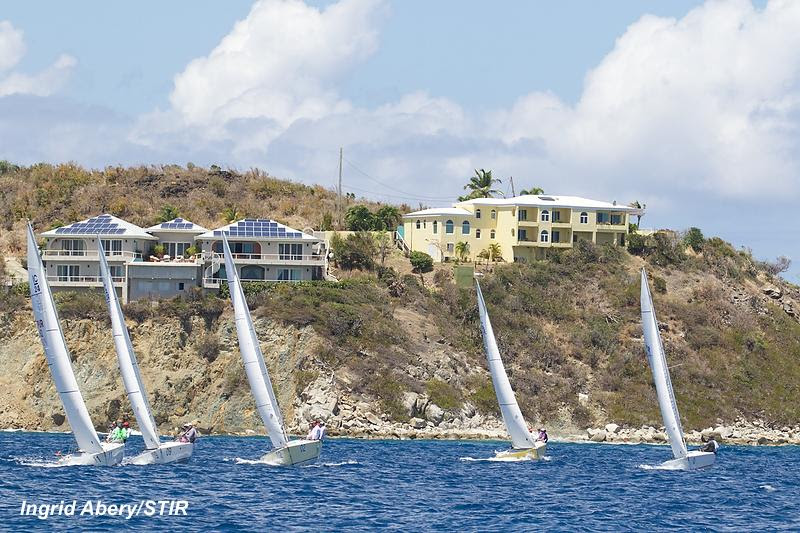 Conditions and competition combined to make for razor-close sailing in the one-design IC24 class, which sailed 5 races on windward-leeward courses set in Great Bay.

“I like sailing my Melges 24 because it’s fun, but its even more incredible to have nearly 20 boats on the start line in the IC24 class,” says St. Maarten’s Frits Bus, sailing on Island Water World. “It’s unbelievable how close the racing is. You can take the lead one minute and the next be 6 boat lengths behind.”

Puerto Rico’s Ramon Gonzalez and his team on Sembrador are leading the IC24 class, with four first place finishes in five races.

In the Beach Cat class, St. John’s Dane Tarr is in the lead aboard his Nacra 18 Infusion, Family Cruiser. The Beach Cats sailed the same courses as the IC24s. 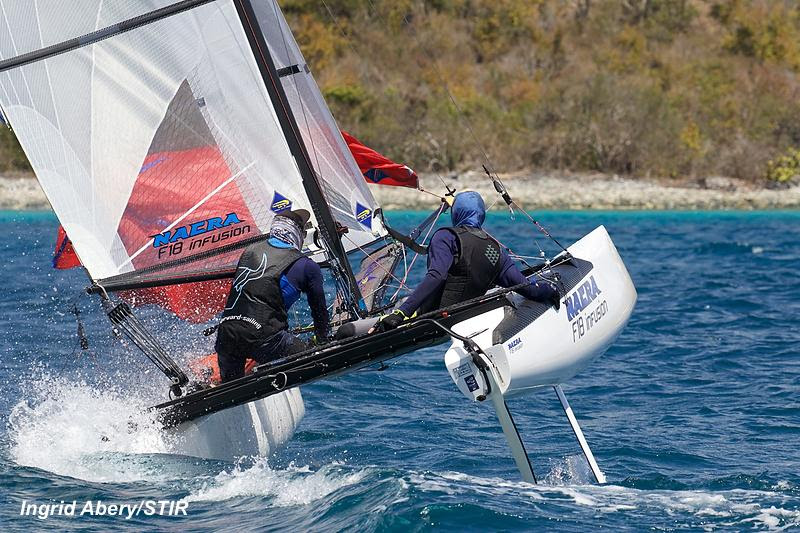 Round-the-island courses are something that USA-based PRO (Principal Race Officer) Dave Brennan has been setting for the past several years at STIR.

“Sailing here is special and even more so when racing around the islands rather than marker buoys. These types of courses make it more fun for the average sailor, who wants to sail with friends, especially those who don’t have a lot of expertise with windward-leeward courses. We really work hard to set different types of courses each day. It’s more fun this way and truly something special,” says Brennan.

Competition will continue Saturday and finish on Sunday. Racing starts at 11 a.m. each day. 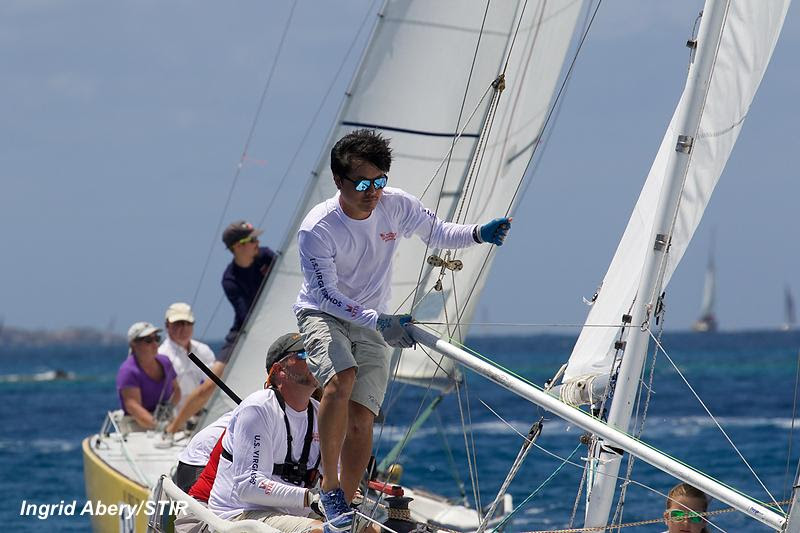