April fools or not, it was no joke on the racecourse today as eleven classes set out for two challenging races on multiple courses. Chris Haycraft, Tortola resident and long-time BVISR participant, summed up today’s conditions, “Fresh to frightening,” he claimed. “It was a steady 18-19, peaking into the 24s-25s, which going around the islands, some of those gusts coming off were quite significant. Good speeds were attained!” Haycraft and his crew took first in Sport Multihull.

In CSA 1, owner/skipper Victor Wild (US) once again brought his fabulous Botin 52 FOX home with two bullets. They have been untouchable thus far into the regatta. Wild is enjoying the improvement he’s seeing in his boat and praised his crew for their excellent work.

“The boat is getting faster and faster, and the crew is functioning superbly,” Wild stated. “We had winds of 18-26 knots all day, with huge rollers which we were punching through – we were going faster than them. It was a little rough out there especially between the islands and we spent half our day under water! What I enjoyed most was seeing the crew working so well – they have got to be the best sailors in sailing – I don’t know how you could be better!” 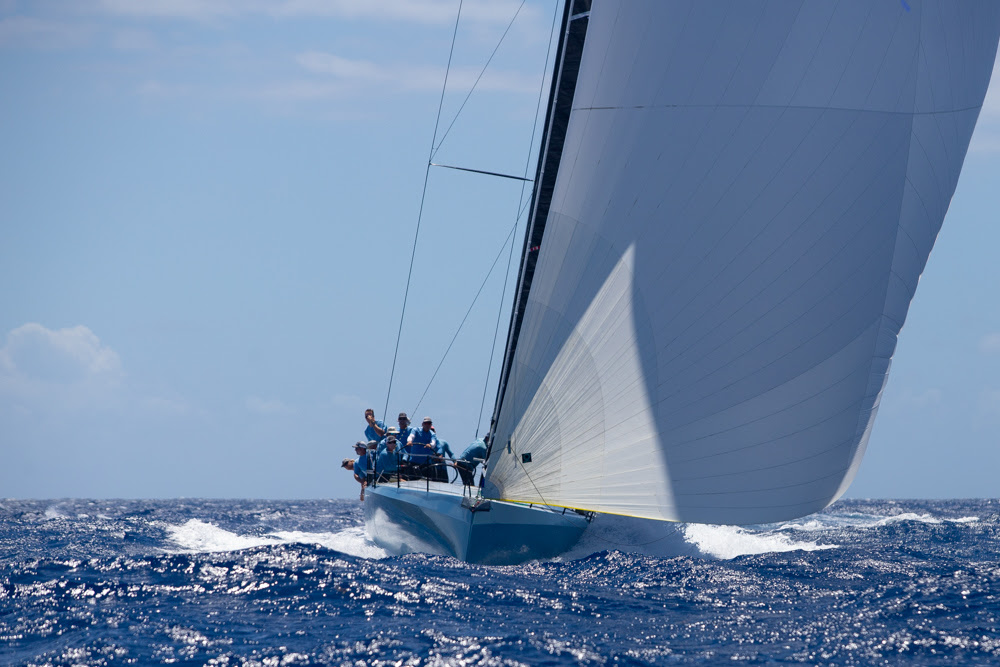 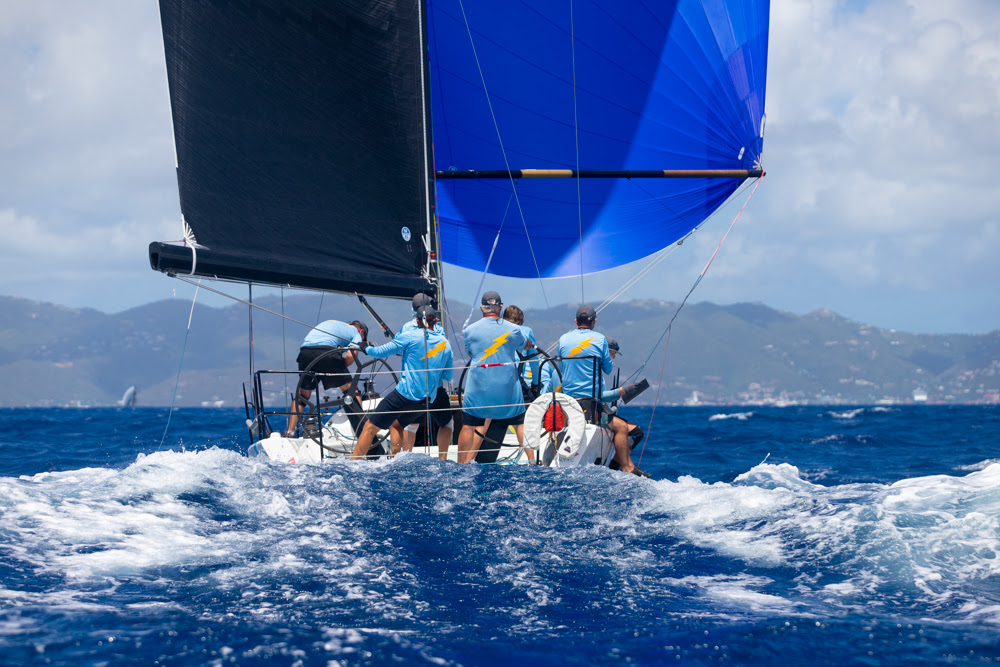 BVISR veteran Peter Corr, racing on his Summit 40 Blitz, was feeling pretty beat by the end of racing today. He likes racing in big breeze, but it was hard work in today’s sea state conditions, he noted. Blitz took a bullet in race one but a few errors in race two landed them a fifth place to end in third in CSA 2.

“We had the first start right on and we shot ahead of everybody in our class, the whole race was great, downwinds, upwinds, a bit of everything, and we took a bullet. We had high winds – I like the bigger breeze; we can work it and keep the boat pointed up. But, on the second race, we were over early and had to do a penalty turn, as did Sunrise and Taz. The race was twenty nautical miles, and it was a long race with long pounding reaches. It was exhausting and I handed the wheel over to my main trimmer at the back of Peter Island. But all in all it was a wonderful day.”

First in CSA 2 was the Cape 31, Arabella, owned by Niall and Olivia Dowling (UK), newcomers to the BVISR, and in second was the JPK 11.8 Sunrise 3 (UK), helmed by Oivind Lorentzen.

Team McFly on the J-120 El Ocaso racing in CSA 3 and helmed by Tony Mack (UK) have been regulars at BVISR for many years, and more often than not win in class. Back home Mack owns a J-111 which he races with a regular crew, most of who are sailing with him this week. This past summer they won seven out of eight regattas sailed so this team certainly has skills. 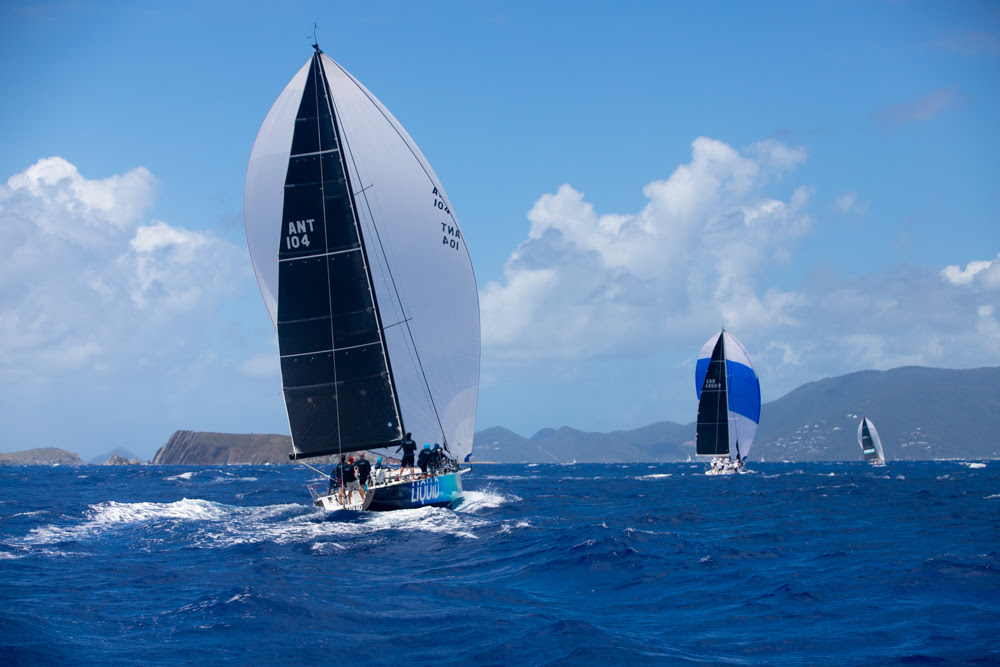 “We got two very good starts, we won the first race but in the second race we had a few problems, we haven’t sailed for six months, and it showed a bit,” Mack said. “It was quite choppy with significant shifts around the islands which we got right on the first race. On the second race we were okay on the upwind leg, but we weren’t as quick as we should have been downwind. We may have got some weed under the keel or rudder at some point; it took us a couple of tacks before getting back to pace. But it was good fun. I don’t like sailing in the winter in the UK, it’s miserable, that’s why we come here to tune up for our summer racing back home. We absolutely love sailing here.” 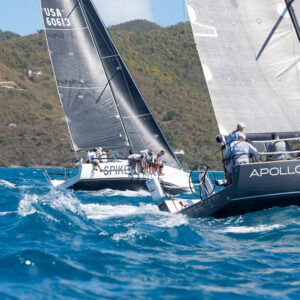 On board EH01 Global Yacht Racing (UK) is a mixed crew from the UK and the US, racing as a pay-to-play charter, and a mixed level of skills, nonetheless they worked hard today to take first in Performance Cruising.

“The guys from New York race Melges 24s and the girls racing with us have raced with us before,” Neil Maher. “The conditions were fun for a 47-footer,” Maher laughed. “I wouldn’t have liked to have been on a smaller boat, but we had good fun, it was breezy and as we got out to the islands there was decent swell which made it a little sloppy on the downwind. It all went well for us, other than other boats getting in the way! Our maneuvers worked well, we were fast, and we’re looking forward to tomorrow.”

Second in Performance Cruising was the Salona 44, Paroma (PUR), helmed by Mike Wilkinson, and in third was Hermes, the Pogo 12.50 helmed by Morgen Watson.

Having a fine old time in Bareboat 2, was Papillon, the Dufour 460 GL, who took second in class today, not bad for a bunch of old guys, as they noted. 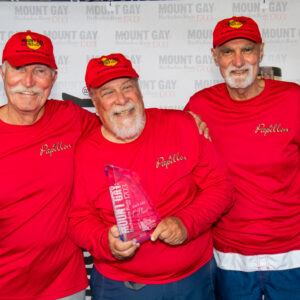 “It was a beautiful day, it was rough, but it was fine,” smiled helmsman Andy Friedman. “There were some interesting waves out there when we rounded by Norman. This is our fourth time doing this regatta, every day is different, and we just love this regatta. It’s just the three of us and the average age on our boat is seventy-two. Three old guys and we’re kicking butt! We’re ready to do it again tomorrow!” 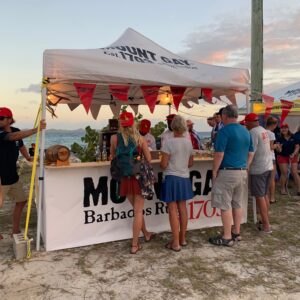 Rum cocktails post racing a sure tonic for weary racers as Mount Gay hosted specialty rum drinks in the Nanny Cay Regatta Village, kick-starting a festive evening. BVI Spring Regatta and Sailing Festival is grateful to Mount Gay, the world’s oldest rum distillery dating back to 1703, who has once again supported the BVI Spring Regatta, just as it has for over 45 years. Mount Gay, over its 300-year heritage, has always been deeply connected to the ocean and sailing. Mount Gay Rum is distributed in the British Virgin Islands by Roadtown Wholesale.

Saturday is Day 2 of BVI Spring Regatta 2022. Racing starts at 10am off Nanny Cay. on Saturday, with a forecasted easterly breeze in the mid-teens and temperature in the low 80s. Results & info at: https://bvispringregatta.org/