The CSA Classes enjoyed three races today varying in length from 7-14 miles on the leeward side of Grenada. The Classics Class raced on the 14nm Classic Dragon Course taking in the view of the stunning mountainous tropical rainforest to the north of Grenada. The J/24 Class had five short, sharp races on their own windward leeward course. 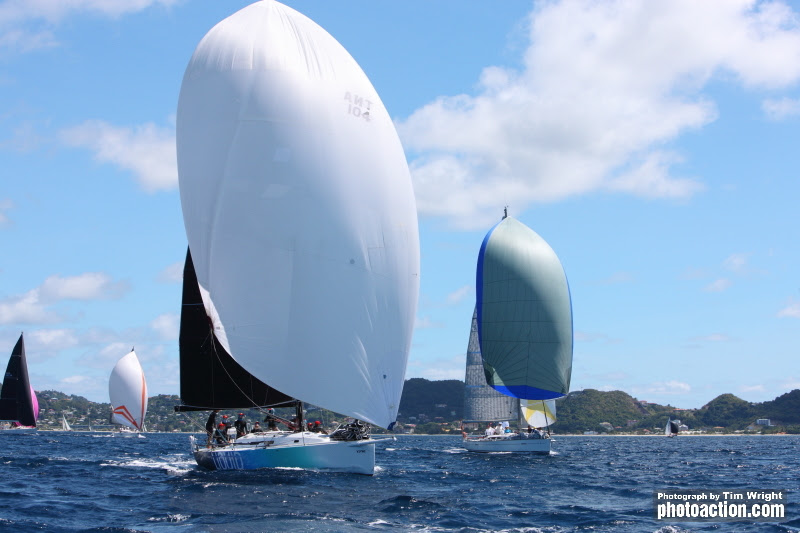 “Liquid had a young team which has a lot of agility,” commented Pamala Baldwin. “We had a few errors today but the team recovered well, and a lot of our success is down to time on the water, we practice a lot.” 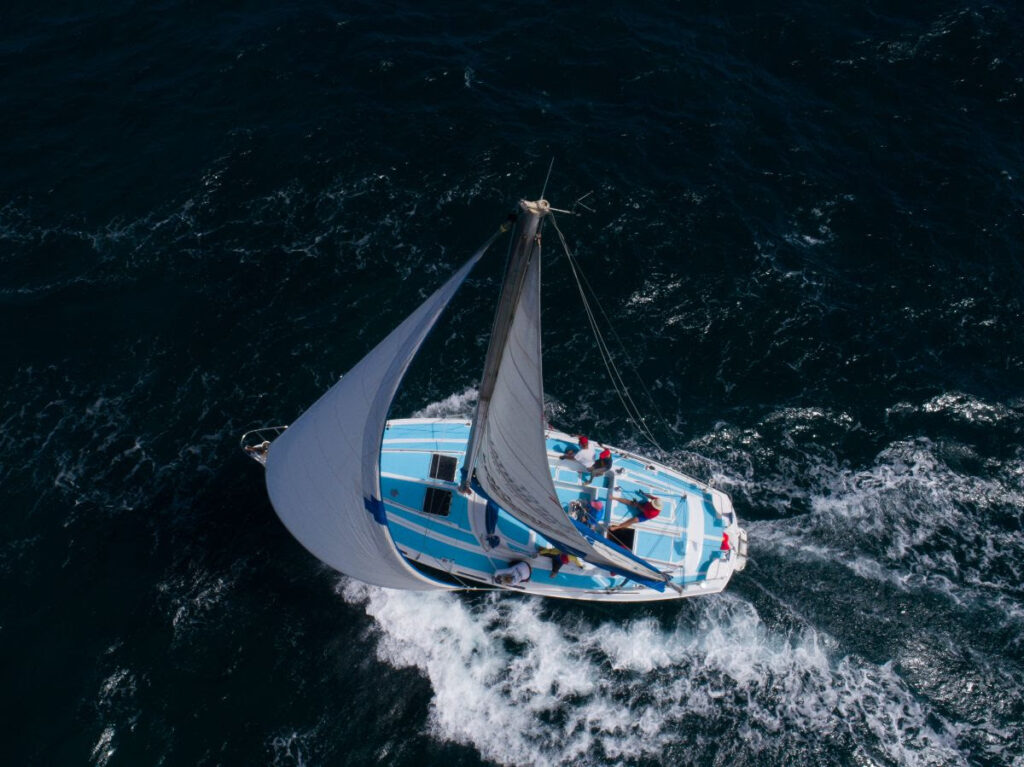 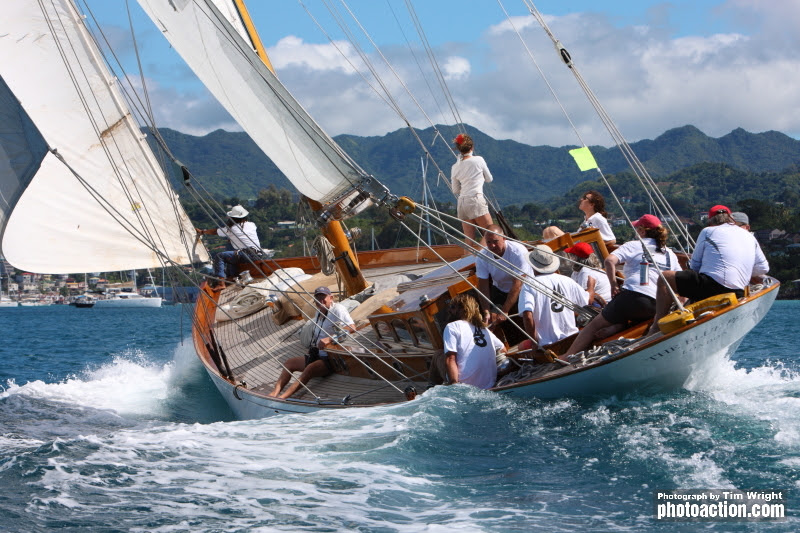 In CSA 3, Sandy Mair’s First 35 Cricket with Anjou Insurances (ANT) scored a 1-3-3 to tie on points with Norman Da Costa’s Soveral 42 C-MOS (TRI), which leads the class on countback having scored a 4-1-2. Mathew Barker’s 65ft Alfred Milne sloop The Blue Peter (GBR) scored a 5-2-1 to finish the day in third place.

Jahiem Noel is a student from Presentation Brothers College in St. George’s, Grenada and was racing on C-MOS. “The racing today was good,” commented Jahiem. “I usually race a Laser but last year I raced at the regatta on a J/24. C-MOS is a much bigger boat and I was working on the foredeck. I have already learnt so much, especially about working together as part of a team.”

“It’s friendly and the regatta is not trying to rip you off, and I get great racing here against other displacement boats similar to Cricket. I was punching the air with the win today and there is more to come!” smiled Sand Mair, skipper of Cricket (ANT).

In the Classics Class, Free in St Barths (GRN) skippered by Cal Enoe took line honours by just 41 seconds from Jonathan Gittens’ Morgan 41 Shangri La (TRI). However, after time correction the win went to Shangri La, Free in St Barths was second and Zemi (GRN) skippered by Walter Ollivierre was third. Jonathan Gittens and his team sailed to Grenada from the Barbados Yacht Club and have won class at the regatta on two occasions.

“I was shocked at how fast the Carriacou sloop Free is, I was impressed” commented Jonathan Gittens, talking about Free in St Barths, which is skippered by the boat’s builder Cal Enoe. “I come to Grenada for the camaraderie, the friendship, and the competition. To get a win in the first race is great and we will try again tomorrow.” 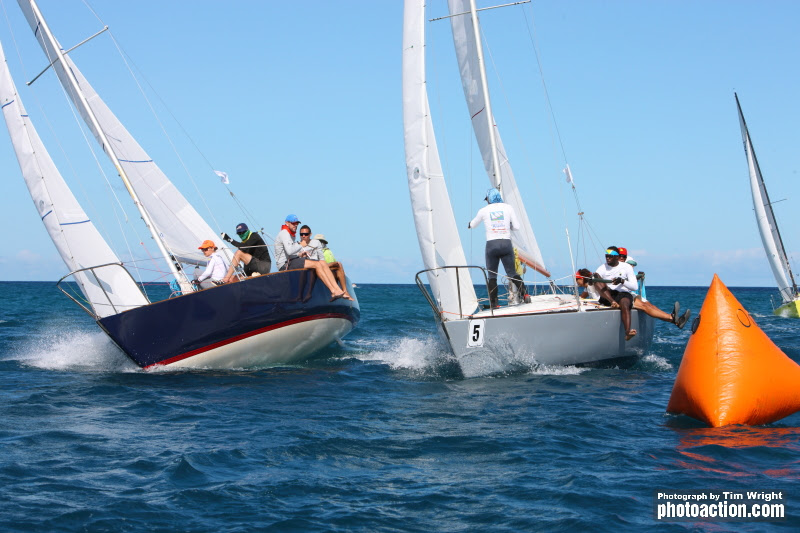 Robbie Yearwood’s Die Hard (GRN) has won nine titles at the regatta in the J/24 Class and came out on top today after five races. “We switch crew positions each race to make it interesting,” said Robbie. “The racing is really close with just seconds deciding the winner. We love it here.” Racing on a windward leeward course off Grand Anse Beach. The J/24s got a good square course with plenty of small shifts in the breeze which oscillated between 100 and 120 degrees. Die Hard scored three bullets, but only lead the class by three points from two boats tied on points for second which both won races today: Gus Reader’s Fadeaway (BAR) and Nick Forsberg’s Jabal (LCA). 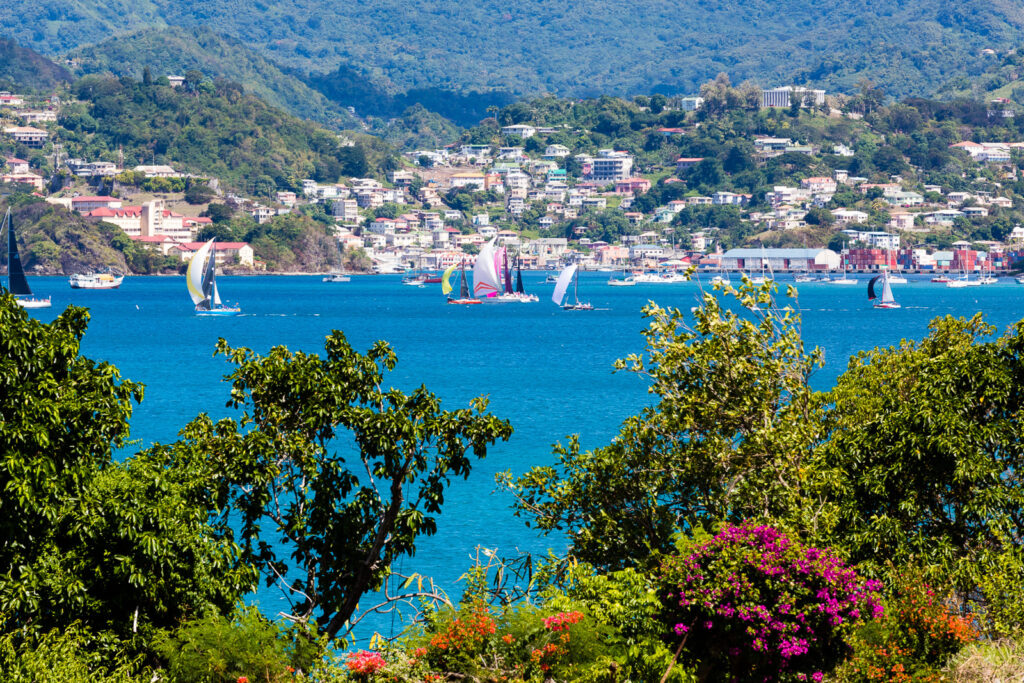