St. Thomas, US Virgin Islands. A desire to grow up and achieve great things on the world stage and actually doing it isn’t an impossible dream. This was the story told by three members of America’s Cup winning Oracle Team USA who spoke at the St. Thomas Yacht Club Sunday night about their beginnings in the sport and their roles in the biggest come-from-behind victory in sporting history.

Skipper Jimmy Spithill, a native of Australia, made a name for himself on the junior match racing circuit and was tapped for his first America’s Cup back in 1999 as a 19-year-old. Grinder Shannon Falcone, from Antigua, got his start as an 8-year-old hanging on the backstay of his father’s boat while sailing in events like the St. Thomas International Regatta, BVI Spring Regatta and Antigua Sailing Week. Designer Kirst Feddersen, born and raised in St. Thomas, sailed small dinghies during his public and private school years on the island, then embarked on a nautical design career after graduation from Embry-Riddle Aeronautical University in Florida. Collectively, with the 147 other members of Oracle Team USA, Spithill, Falcone and Feddersen made history by winning the 34th America’s Cup – the oldest international sporting trophy dating back to a Deed of Gift given in 1851 – in a way that made sports history. 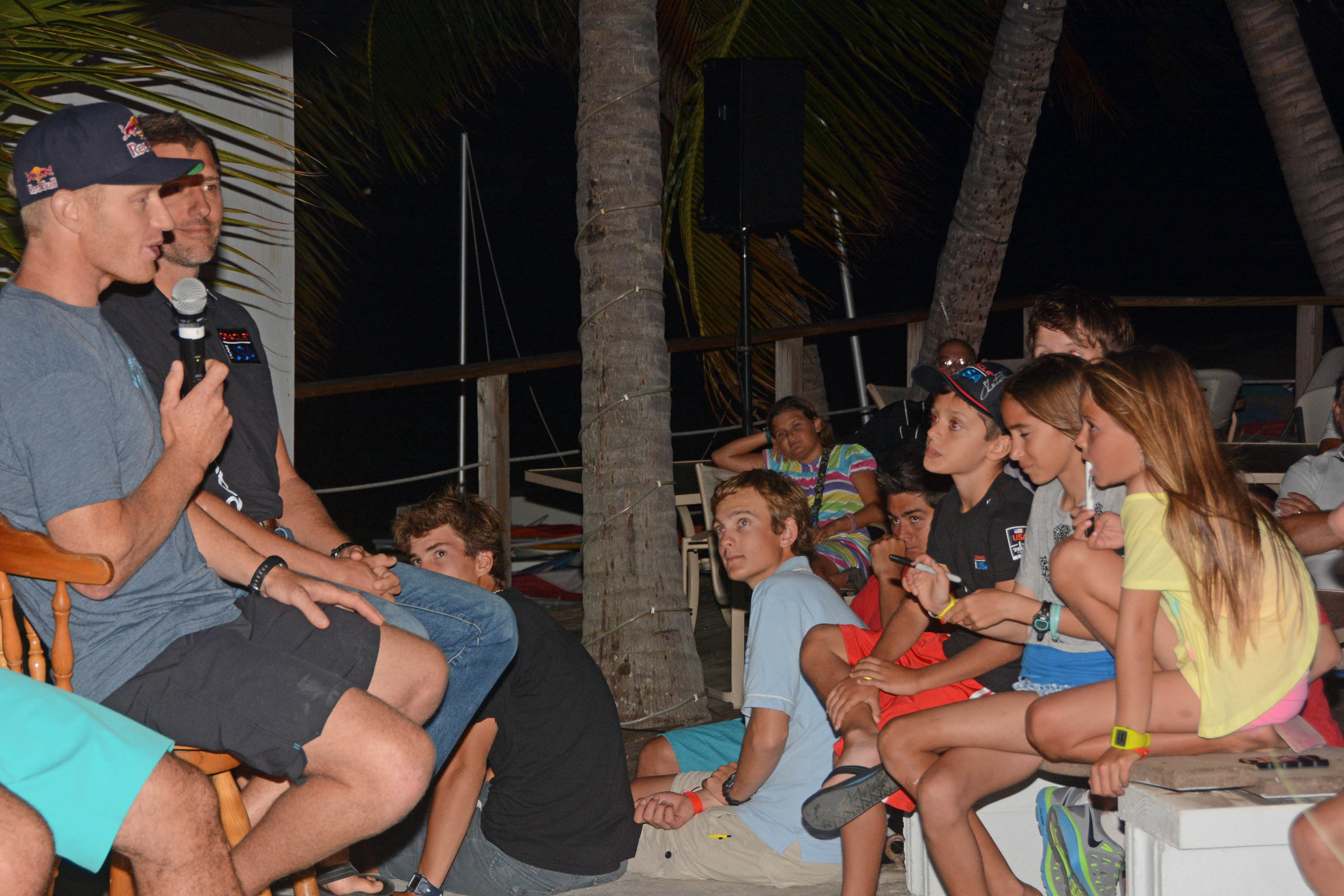 What was it that led Oracle Team USA, on the brink of defeat after losing 8 to 1 to Emirates Team New Zealand, to come back and champion 8 consecutive races to take home the trophy?

“It wasn’t so much one thing as lots of little things,” explains Spithill. “The boats were very technical. It was akin to driving a Formula 1 race car. It was good this wasn’t a weekend race but spanned a couple of weeks so we could have that learning curve take place. In the end we just kept chipping away until we won. After all, it’s not about how you start but how you finish.”

Falcone’s advice to young people who want to follow in these footsteps is this: “Be willing to put your head down and work hard, be a team player, and be able to learn from your mistakes. Your reputation is everything in the sailing world.”

Even those who aren’t activity sailing can be part of an America’s Cup team via other skill sets, says Feddersen. “There’s a need, for example, for electrical engineers, boat builders and riggers.”

Spithill, Falcone and Feddersen all agreed that the Caribbean was the ideal place to learn to sail given the year-round warm weather and constant tradewinds. Sales of tickets and raffle prizes from the night’s talk benefit the St. Thomas Yacht Club Youth 420 sailing program.

Youth interested in learning to sail can take lessons at the St. Thomas Yacht Club. Prospective sailors must be at least 5 years old and know how to swim to participate.

“Stopping by the Club on a Saturday morning is a great way for young, interested sailors to see what goes on and talk about signing up for the spring session that starts in April,” invites Margo Lynch, the Club’s head of junior sailing. “Currently, all learn to sail classes are scheduled for Saturdays. Financial aid is available.”

For more information about the Club’s sailing program or to make donations, call (340) 775-6320 or Email: stycsailing@gmail.com