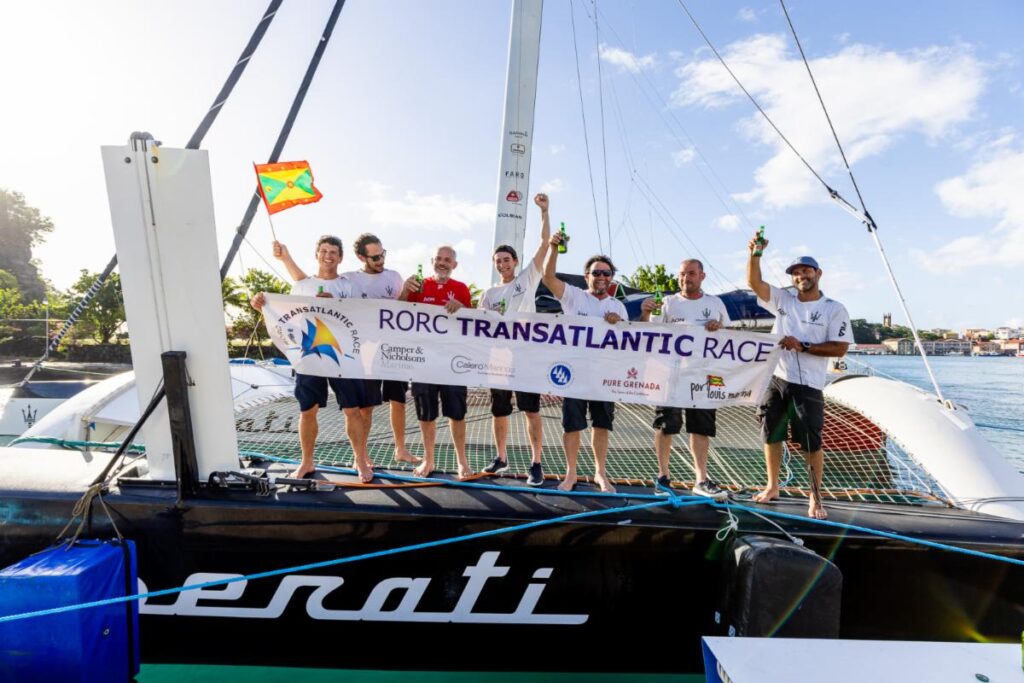 There was a huge welcome on the dock for Giovanni Soldini and the Maserati crew as they arrived at Camper & Nicholsons Port Louis Marina, Grenada. The team were all smiles as cold beers and loud cheers greeted the team to Grenada. Chinel Sandy, representing the Grenada Tourism Authority presented a basket of Grenadian goods to Giovanni Soldini. Arriving on Friday was really good timing as the grills were being fired up for BBQ Night at the Victory Bar and Restaurant. 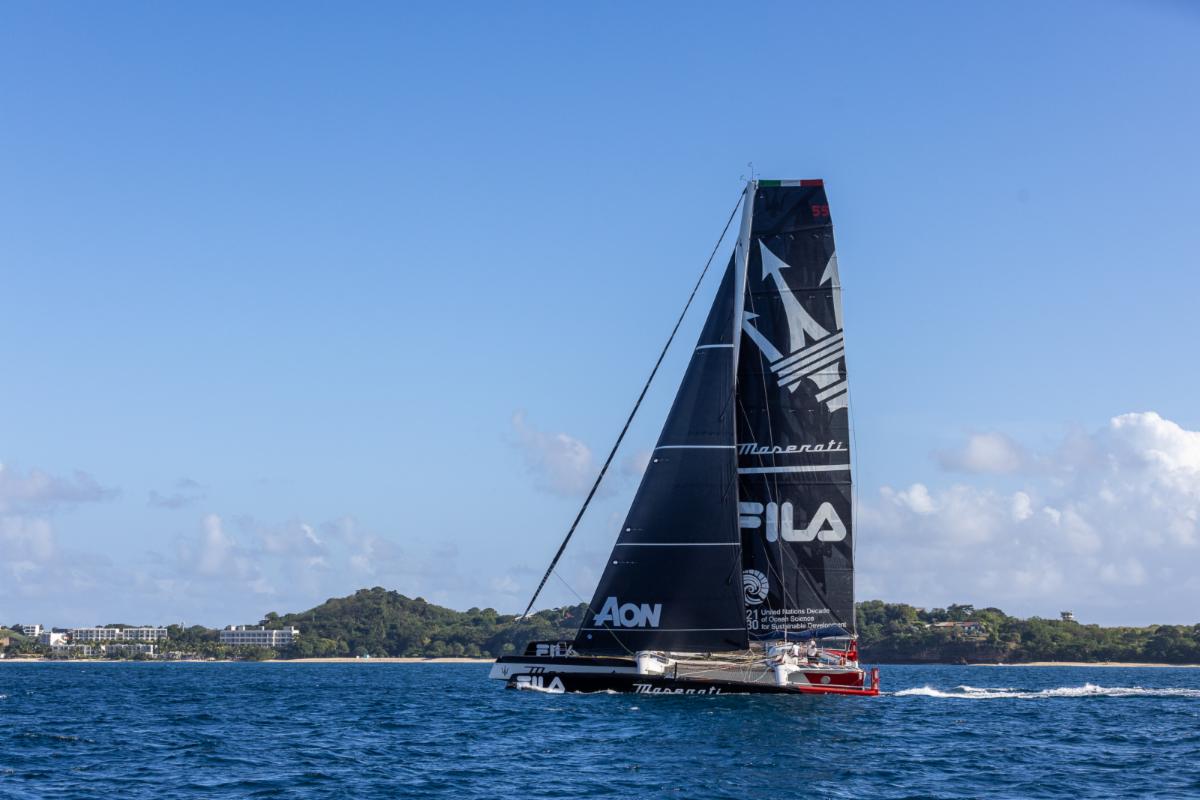 For Maserati, the victory and new race record did not come easily in the RORC Transatlantic Race. Strong winds and a big sea state took its toll on the boat, but the crew battled through the troubles and strife to smash the previous record by 16 hrs 59mins 37 secs.

“I am very happy, we were very fast and we took a very nice route in this race,” commented Soldini. “We had a big problem with the centreboard and a rudder, but we kept fighting. I am so happy to be here in Grenada and I am so proud of my team, they are special guys.”

This was the fourth RORC Transatlantic Race for Maserati Multi70. Last year Maserati came from behind to take Line Honours in a photo finish. This year’s win was even sweeter; Soldini has raced across the Atlantic over 40 times and he believes this race was as close to perfect as possible.

“We made a mistake in the beginning when we went looking for thermal wind in the Canary Islands; we probably missed it by half an hour. After that, we did a really nice job when you look at our course. We gybed well on the shifts and came out of every manoeuvre on a great angle.”

Frank Slootman’s American MOD70 Snowflake, skippered by Gavin Brady is expected to be the second boat to finish the RORC Transatlantic Race. At 21:00 UTC on 13th January, Snowflake was 72 miles from Grenada. 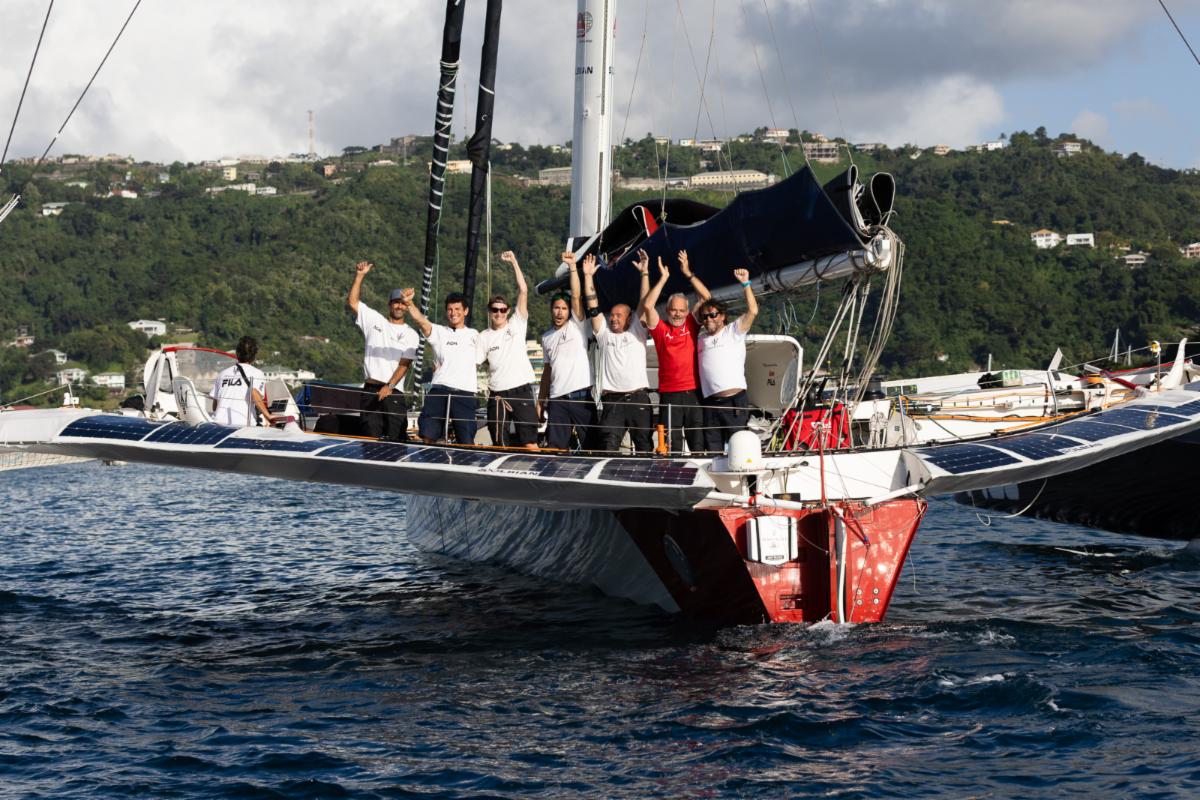 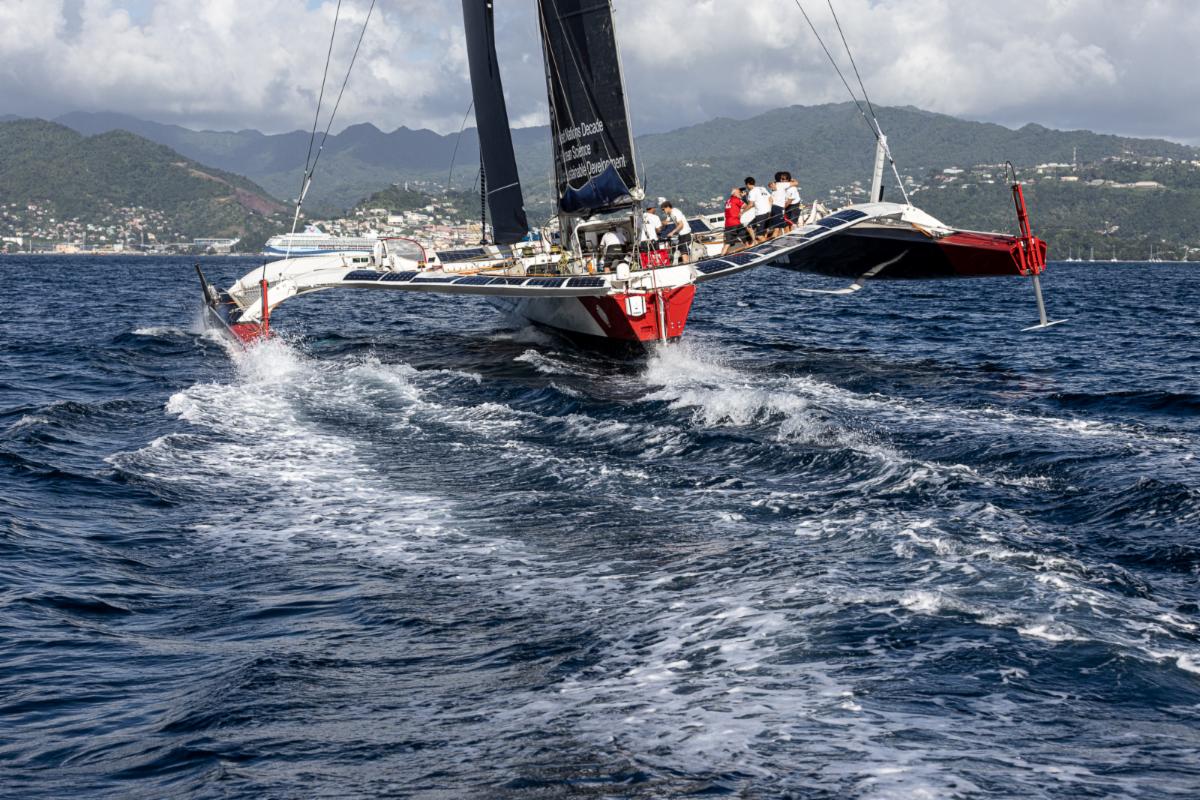