DAY 2: ROUND TORTOLA RACE FOR SOME; WINDWARD LEEWARDS FOR OTHERS 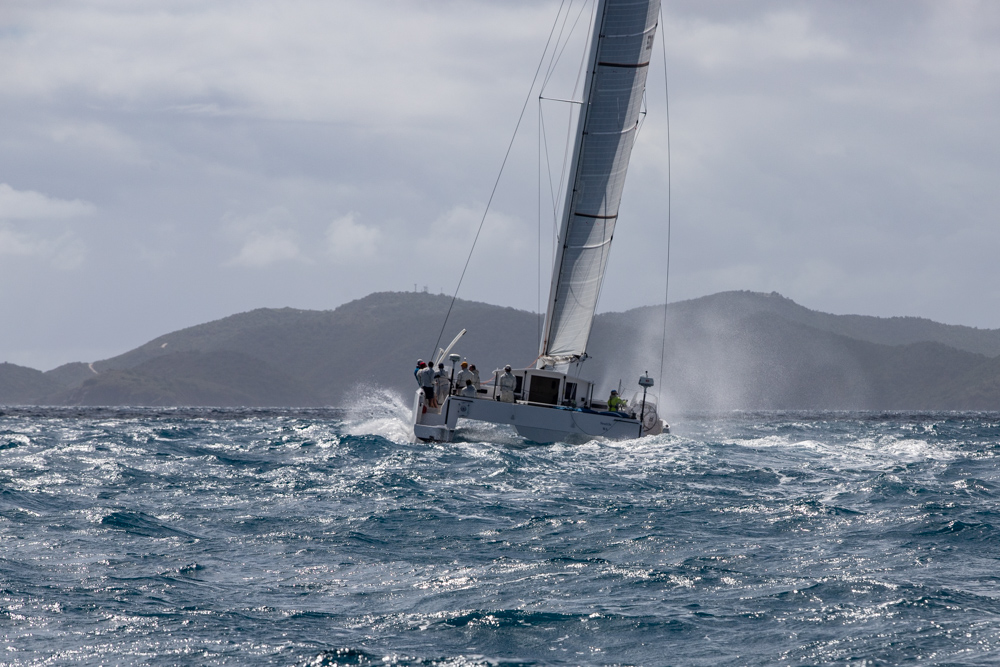 It was another windy day in paradise as the race committee for the 49th BVI Spring Regatta prepared to send 11 fleets out on various courses: after three days of long reaching courses, the racing boats had requested a day of windward-leeward courses, while the remainder of the fleet were happy to take a tour of the north side of Tortola in the Round Tortola race.

The wind picked up, laid down, picked up again, a surprising squall ripped through the windward-leeward course around mid-morning creating havoc before settling into a more consistent breeze in the afternoon. While courses for the Round Tortola fleet were modified according to class, it was still a long day with the last boats finishing around 6:30pm. 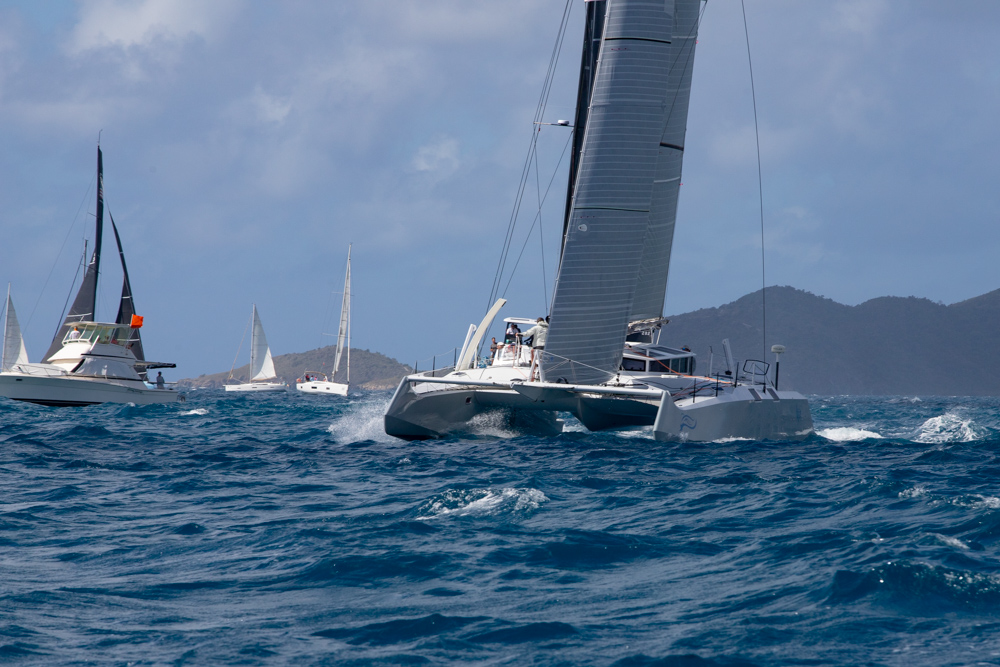 Just two in the Offshore Multihull fleet completed the Round Tortola race, as Tony Teale (US), boat captain for Flow, the Gunboat 60 noted. “We sailed entirely all the way around the BVI, and it was a very long day – it was very windy and exhausting! But it was an exciting day. It took us about five hours, we finished about 30 minutes after Fujin, but we were the only two in our fleet who made it around the course, at least two dropped out with issues, it was pretty rough.”

On board Fujin, the Biecker 53 catamaran, the experience was similar, as tactician Jonathan McKee (US) commented, “The course distance was sixty but the mileage we sailed was closer to eighty. It was good, it was an exciting day, we were just a couple of hundred yards from Mach Schnell for the first half of the race before they broke their mainsheet. They were ahead of us and sailing very well. It was really rough once we got around the top of Virgin Gorda and it was a tight reach which is a difficult angle for these boats – both boats were fighting hard to keep control – we ripped one of our sails, so we weren’t without damage either.” 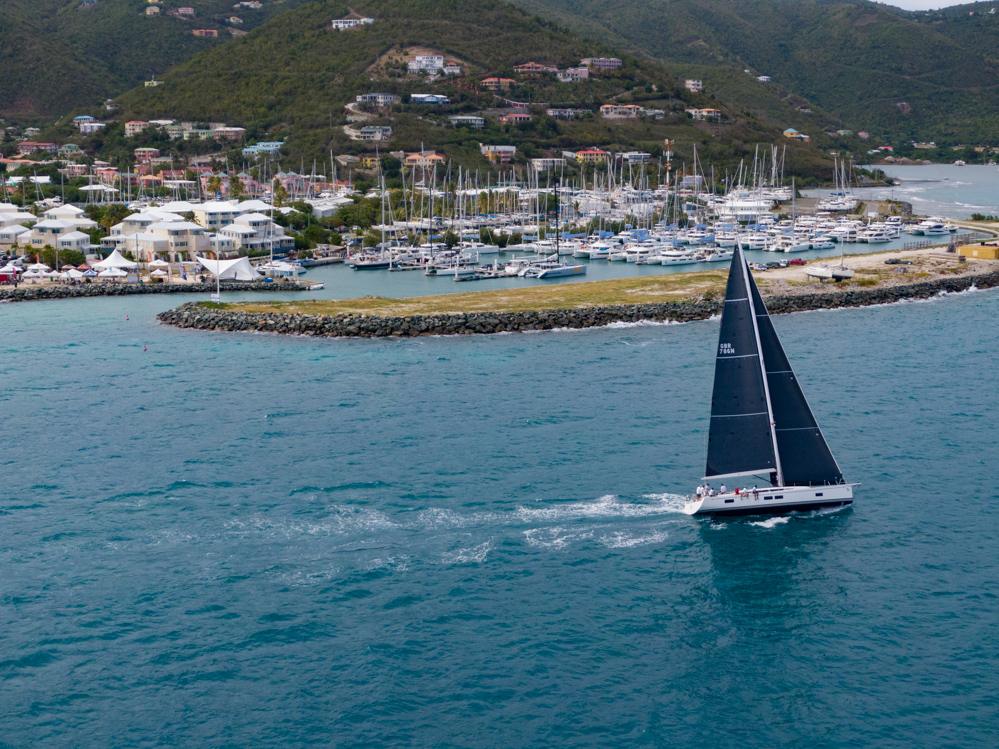 The Swan 58 OMII, helmed by owner Shamid Hamid (UK), took third in CSA-1, and enjoyed a solid race around Tortola. “Today was great, with slightly less weather upwind to start, and the other side of the island was a really comfortable downwind with a good sea state. We saw the breeze up to twenty-two, but it stayed around 18-19, which kept us moving, especially downwind. We did have quite a bit of weather at the south end of the island and finished where we thought we would finish – after FOX and Tschuss.”

On board Pata Negra, the IRC 46, a crew of ten including George Pulman (UK) who is regular crew on the boat and eight charter crew from Slovakia had a thoroughly enjoyable day taking the one-off Marc Lombard-designed racer around Tortola.

“Today was good fun, we had a nice beat to the top of the island in about 15-20 knots, the breeze shifted around at the top of the island, we popped the kite up, stood off a little from the island and then jibed down the rest of the course before turning to head for the finish. It was good fun, nice sailing, think we topped out at 16-17 knots. One of the charter crew helmed, they’re all keen sailors and learning more every day. It’s a high-performance boat, the loads on it are quite high and it’s a quick boat, but they got themselves around the boat well today.” 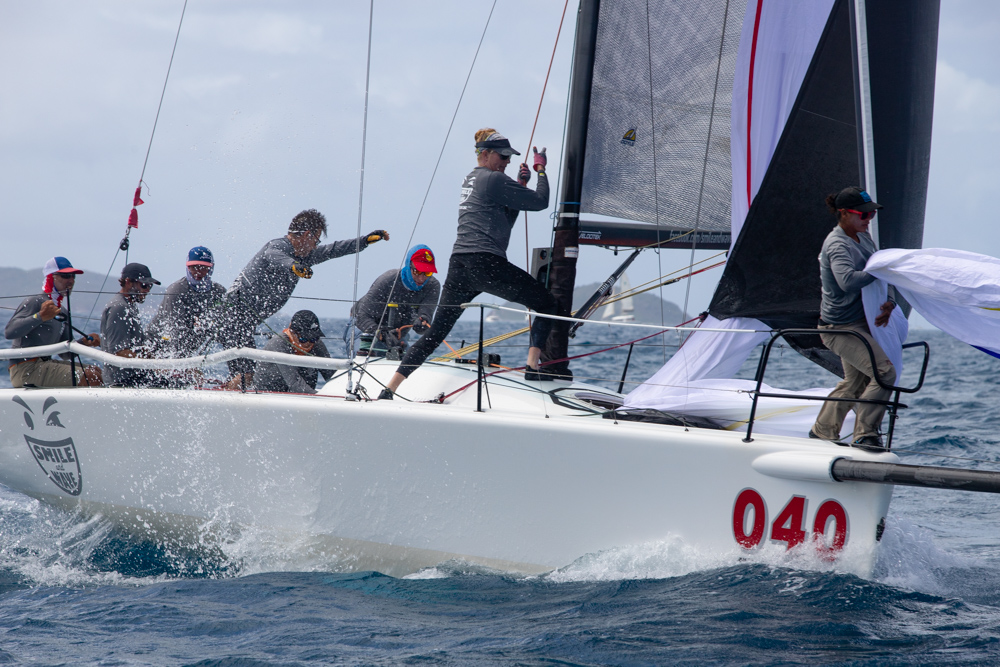 For CSA-2 and CSA-3, mayhem ensued on the SOL course where the windward-leeward courses were run, when a vicious squall hit the fleet mid-morning resulting in plenty of torn sails which sent boats back to the dock early. Three races were sailed although just a few boats managed to hang in for the duration.

Sitting pretty in first in CSA-2, the Cape-31 Arabella, a brand-new boat with barely eight races under its belt, had another great racing of Caribbean racing. Anthony Haines, boat manager and the upwind/downwind trimmer, noted that the big mix of boats in the class makes it exciting. 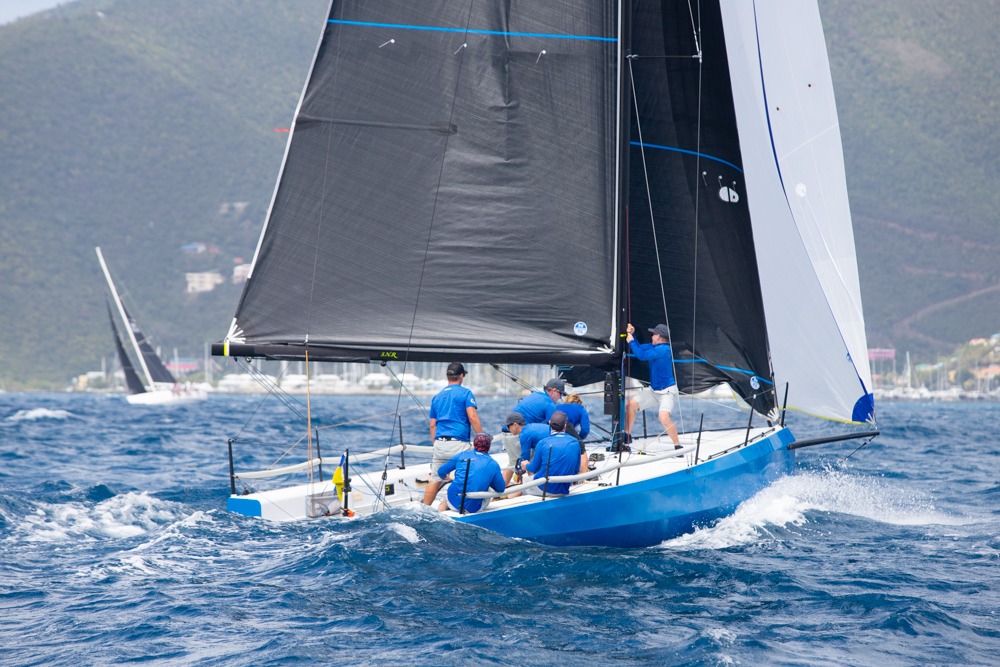 “We feel we’re going upwind just fine relative to Blitz and Sunrise but we’re slower upwind and we get slammed around a lot as we weigh only 1800 kilos – Blitz is a lot heavier so they can dig in and go. But when we get around the windward mark it all changes so it’s a balance, snakes and ladders on the racecourse. It’s a long time since I’ve done anything like this and it brings another dimension to the racing here, it makes it quite exciting. And we can’t make mistakes – if we do these guys are on us. Today we had to switch modes from the other race days, everything is happening a lot quicker on short courses, but we’ve got some excellent sailors on our team including three-time Olympian Nick Rogers and we just tried to sail consistently.” 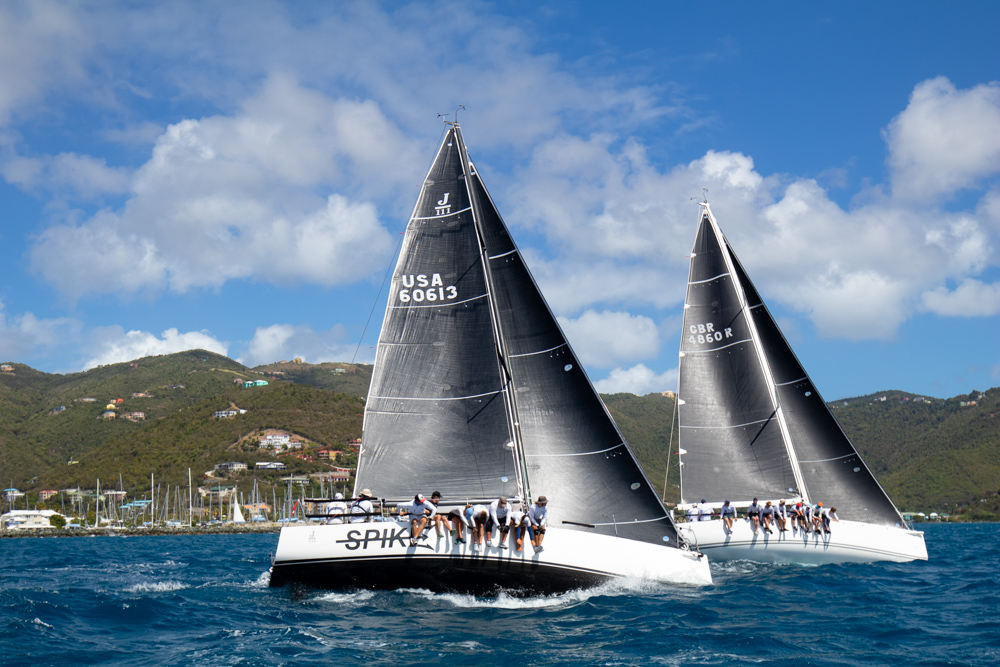 Once again, Tony Mack helming the J-122 El Ocaso, took three bullets and just did not make one mistake, according to Sam Talbot, who helmed Spike, the J-111, today in CSA-3.

“El Ocaso were untouchable today, they were incredible,” Talbot said. “They were faster upwind, higher upwind, their maneuvers were perfect, they were the only boat that had no mess-ups on the course. They looked so smooth. We managed to finish all the races today which was a big plus – there was a pretty high attrition rate out there after there was a huge build – a big cloud line that came through and about 25-knots hit us when that came through. We had a big mess up on our first hoist then we blew the kite further down that run, completely shredded it. We weren’t as smooth as we could have been when you compare us to El Ocaso, but we sailed well and are pretty happy with it.”

Sunday is Day 3, and the final day of the 2022 BVI Spring Regatta. Racing starts at 10am off Nanny Cay, with a forecasted easterly breeze in the mid-teens and temperature in the low 80s. Be sure to join us at 6pm for the Final Awards Ceremony at the Nanny Cay Regatta Village. Results & info at: https://bvispringregatta.org/.