The tri-island state of Grenada has over 200 years of boat building tradition and the Westerhall Rums White Jack Sailing Festival is not just a celebration of that maritime heritage but also provides opportunities for the experienced seaman to pass on their knowledge to young up-and-coming sailors. Thousands of Grenadians, and visitors to the Spice Island, watched the racing on Grand Anse Beach. With the grills fired up and the bars doing a lively trade, the crowd cheered on their favourites, and ultimately payed homage to the winners. In true Grenadian style the after party lasted long into the night. 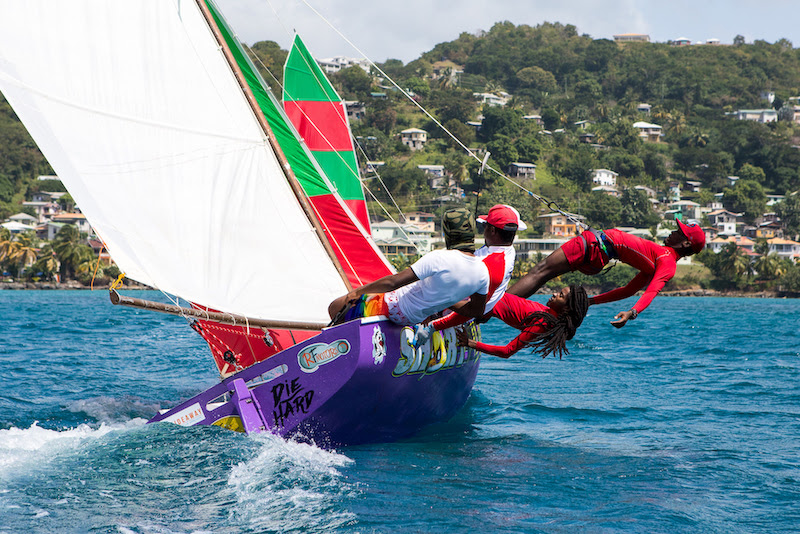 First to go was the National Team Sailing – Junior – Sponsored by Budget Marine. Team Gouyave, sailing in Pink Gin, made an impressive start to open up a substantial lead but half way down the first beat the team tacked earlier than the competition, and failing to lay the mark cost them the lead, which was taken up by Team Woburn, sailing in Tomorrow’s Worries. Team Gouyave fought back and in a decisive split tactical move, on the very last leg, Team Gouyave re-took the lead to cross the line, less than a boat length in front.

The second final was the National Team Sailing – Senior – Sponsored by Carib. The wind speed was significantly lower for the start, producing a match race about brain rather than brawn. Team Gouyave got away to a great start, but was overhauled by Team Woburn. At the final mark before the reach to finish, Team Gouyave needed to do something to gain the lead, and headed to the extremity of the racecourse, almost touching the pink sand of Grand Anse Beach. Team Woburn covered from in front, keeping themselves between the line and their competitor. Both teams sailed way off the rhumb line, Sauteurs took the direct route. Team Woburn did just enough to beat Team Gouyave to the line with Team Sauteurs in third.

The final race was a belter, by now the crowd onshore had whipped up to a frenzy! For the 2020 Champions of Champions, three teams were in the contest. Team Gouyave with the Classic crew got the best start racing Pink Gin. The other two teams locked horns at the start; Team Woburn Traditional racing Tomorrow’s Worries, and Team Woburn Sport, racing Gybe Talk. Team Gouyave got into clear air and shot into the lead, whilst the two teams from Woburn battled each other. There was no stopping Team Gouyave, which crossed the line well ahead to win the Champion of Champions. Woburn Traditional held off a strong challenge to take second from Woburn Sport.

It is the third year in a row that Classic & her Owner, Skipper & crew have won – now making them ‘Hat- Trick’ Champions. Gouyave dedicated the win to the memory of Lennon Marshall, a passionate workboat sailor, who skippered Gouyave Sloop ‘Riot Act’ to many memorable victories. 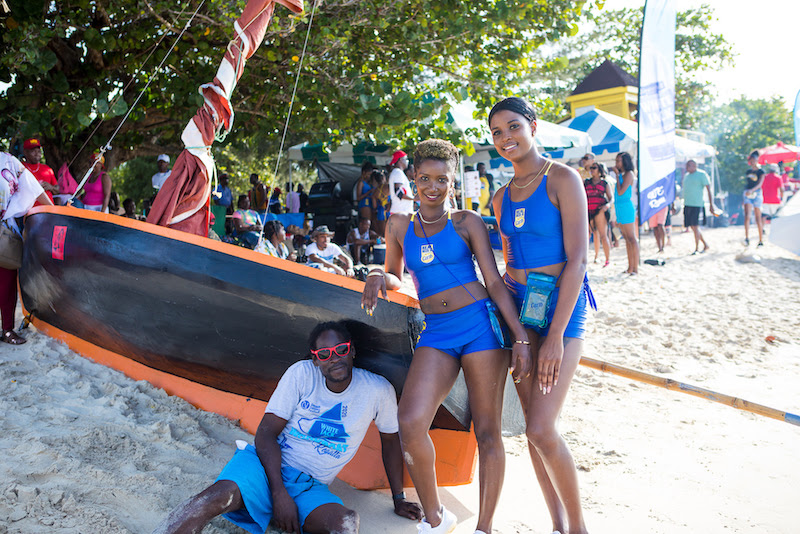 Third: Woburn – with a crew from D’Rage (winner of Woburn Sport Class) sailing GSF16 Gybe Talk- Skipper Andy De Roche – winning US$250.00.
After the prize giving ceremony on Grand Anse Beach, including a spectacular firework display, the after-party went on long into the night with DJ Blackstorm keeping the vibe hot.