Simpson Bay, St.Maarten -January 21st, 2014. Ever since the 1970’s Multihull racing has been popular in the Caribbean, and has been steadily growing ever since.  Peter Spronk designs put Multihull in Caribbean waters even before the St. Maarten Heineken Regatta became a success, and Multihull participation is now at an all time high. In 2013 there were 29 entries divided among 5 classes making it the largest Multihull fleet in the region. Unfortunately the classes and participation have grown faster than the rating could keep up with. That was until now, an updated and improved rating system will be used for the 34th St.Maarten Heineken Regatta and organizers are hoping this rating system will become the regional norm.

During the last few years, several CSA regatta measurers have worked together to continually improve the rating system for the Multihull classes. Their aim was always to allow for competitive and fair ratings similar to what was available for the Monohull classes. This year, after much hard work by Stuart Knaggs, Alfred Koolen and Paul Miller, that updated rating system is complete and will be implemented for the first time during the 2014 St.Maarten Heineken Regatta. 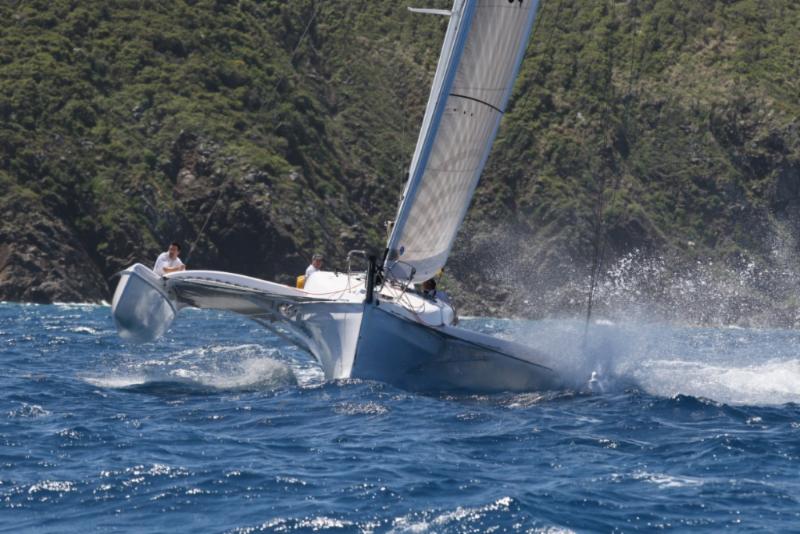 When asked about the rating system, Stuart Knaggs stated “The original rating system used for the last decade or so was originally based on the formulas established by the Texel Rating Group in the Netherlands. The issue became that since there was nothing official, ratings were not paid for, thus no one was out and about collecting measurements to do the calculations, so ratings were taken from the Texel and later the Multihull Dynamics Databases, adjusted and used in regattas. These ratings had a chance of being very close or sometimes way off, since none of the boats were actually measured, which lead to situations where there were less than satisfactory results in the Multihull classes.”

Due to these results the measurers had been discussing upgrading the system for years and in 2012 Knaggs took it upon himself to invest in a scale to weigh the boats. It was primarily used in a few experiments to start with and in 2013 they managed to partially measure the Gunboat fleet, which led to a much closer rating than in previous years. There has also been a large amount of support locally from the Island of Sint Maarten to get this project off the ground. AMCON Group Of Companies will provide the crane for the boats to be weighed and Integrated Asset Management has donated the use of a dock just outside the lagoon for the ease of weighing. 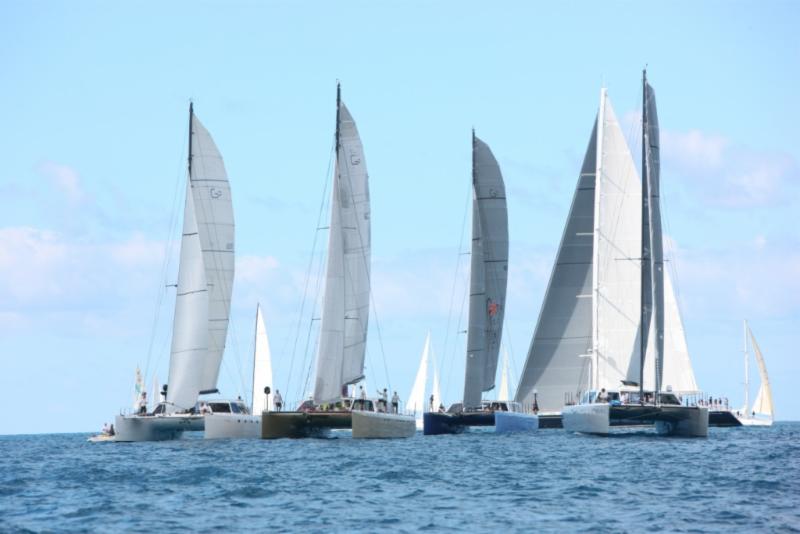 “This year the measurers have dedicated themselves to a new measuring system and rule for the entire Mulithull fleet. However to introduce the concept softly, we have split the measurements into two categories – Production and Measured.  In order to do this, the amount of work involved has been ramped up to bring the multihull measurements up to the standard of the monohulls.” mentioned Knaggs

He explained further that “All boats in the “Measured” class get measured.  This involves a measurer with a tape walking around the boat and measuring things, instead of taking owner declared measurements or info from the manufacturers.  It also involves the owner getting the boat weighed by a credible facility.

The measurements of all the boats in the “Production” class must be available in printed brochures or on the web, be unambiguous and verifiable.  Additional info such as sail maker’s certificates for the sails may be requested.”

In the end all boats measured will receive a Rating Certificate which can be used at any St Maarten/St Martin regatta and, once supported by the Caribbean Sailing Association, at any Caribbean regatta.  Complete information regarding the new system, technical data, contact information and rule details can be found on the Multihull rating system website

For over three decades, the St. Maarten Heineken Regatta has showcased the top boats and sailing-and has become equally famous for its world-class slate of parties and musical entertainment-in the Caribbean. Now recognized by sailors around the planet as one of the sailing world’s best regattas, each year the event lives up to its worthy motto: Serious Fun.

For full information on the St. Maarten Heineken Regatta, including results, photos, videos, party and band information, and much, much more, visit www.heinekenregatta.com.