The vibe at the Regatta Village was simply a blast today as boats left the docks around 8:30am to make it out to the race course in the light air which presented throughout the day. 6-7 knots in a southerly breeze made for challenging conditions under hot sunny skies and the Mount Gay Rum party post-racing all the more inviting. A special mention goes out to 88-year old Robin Tattersall from Tortola who took first today in Bareboat 3 on Midnatt Solen IV, with two bullets in two races sailed. Last year Tattersall won the International Yacht Club Challenge which gave him a free Sunsail charter in 2019…kudos to Tattersall for making that happen!

Jonathan McKee, an Olympic gold medalist and tactician on the Bieker 53 catamaran Fujin puts much of the team’s success down to longevity as a team. Fujin won both races today in the Offshore Multihull division. “It was a great day – the fleet today was the most competitive offshore multihull fleet we’ve had in the three years I’ve been racing with these guys,” McKee commented. “Tactics were tricky – in race one we got a good start which was important. It was close on the upwind leg with us, Mach Schnell and Flow battling it out bow to bow which was super fun. Mostly though, we’ve had the same core crew for three years and while we’re still learning the boat,the team just works together really well.”

Mark Sanders from Tortola took first in the Sport Multihull division on Island Hops, a Corsair 31, a boat new to him. Sanders previously sailed an Olympic Soling and was in the market for a couple of boats – he was thinking a beach cat and a Tartan 10. The opportunity to purchase the tri came up and he was persuaded by local Eddie Brockbank, who is racing on Lucky 7, a Corsair Sprint 750, to buy it. “”There was a lot of learning in the light air today,” Sanders said. “It’s 22 years old and needs a few upgrades but it’s absolutely fun – Eddie’s wishing he hadn’t convinced me to buy it!” he laughed.

22-year old Mack Bryan from St Croix helming on the J/100 Bad Girl is racing with a bunch of guys he went to high school with, sailing in junior programs and after today’s performance, it’s clear they’ve still got it going. “We used to race this regatta on this boat in high school, we went away to college and most of us are now back so today was fun,” Bryan said, adding, “It was competitive though – upwind we gained on everyone, our starts were really good, so was our boat speed. We struggled in the downwind in the light air, plus there was a ton of reaching. It was a long day for us – hopefully we can grind it out over the next few days.”

Clint Brooks, owner of the TP52 Conviction, was thrilled that the Russian friends from St Petersburg who are charting the boat this week took a first in class today. “We were looking forward to a head to head with the Carkeek 47, so it was awesome to win but the story for us was how well the team did. They stepped foot on the boat for the first time on Tuesday and under the guidance of Kuli Kulinichenko they are really coming together. Kuli and the gang were jamming today for sure! Hats off also to the Race Committee – they did a great job with the courses today in an unusual southerly breeze.” 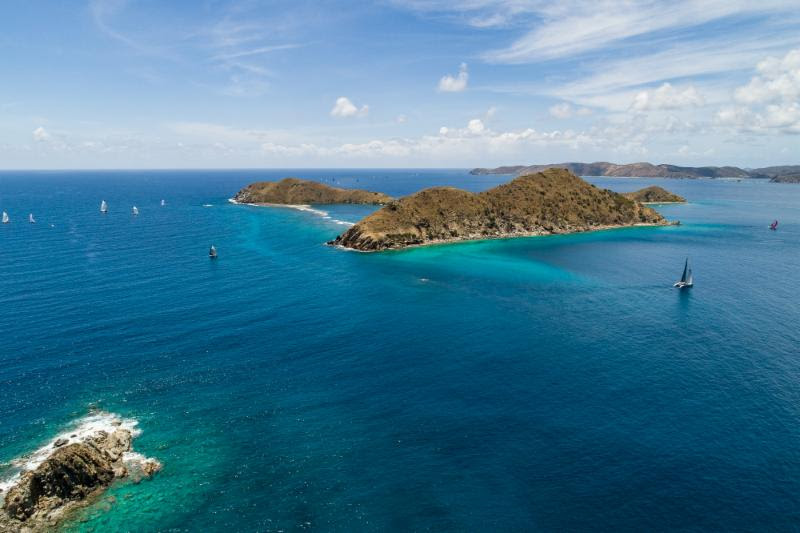 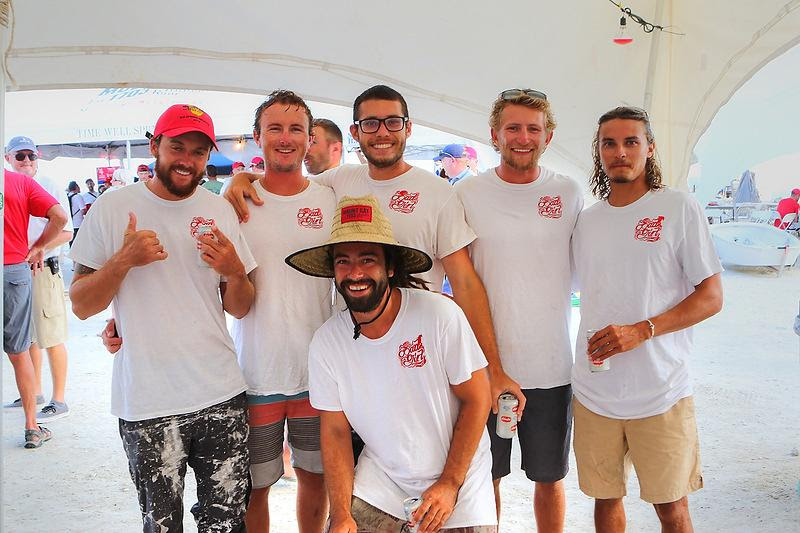 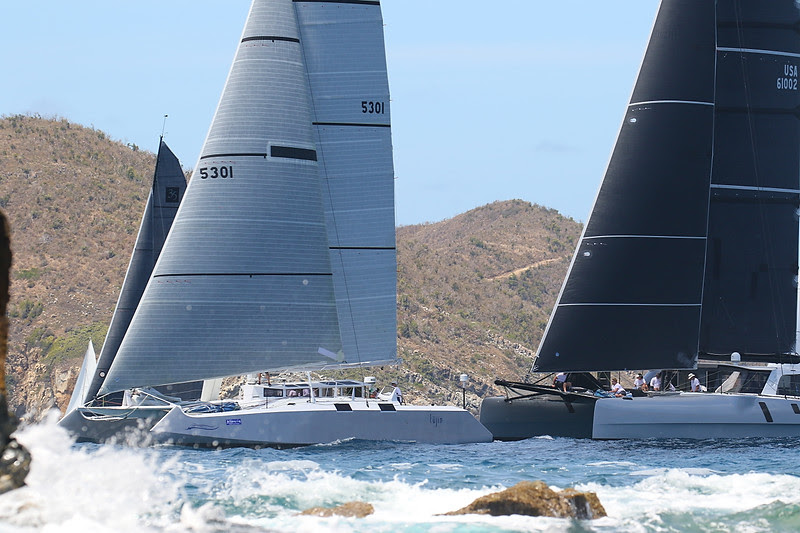 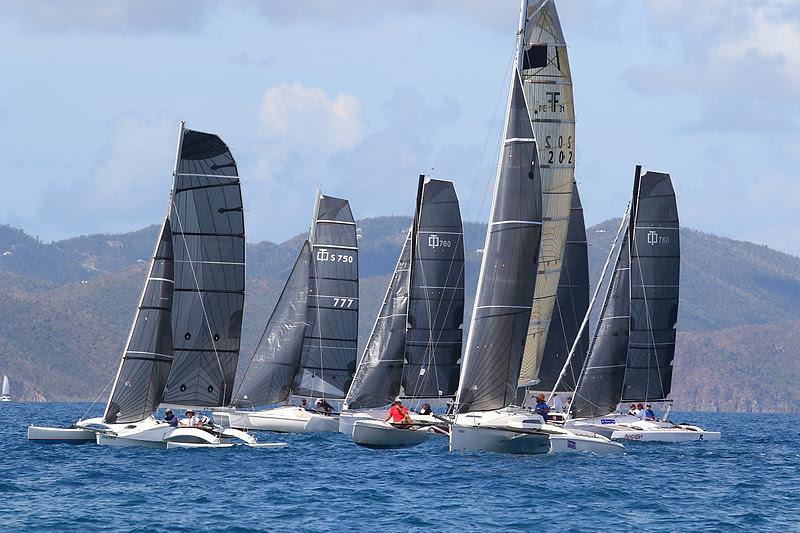 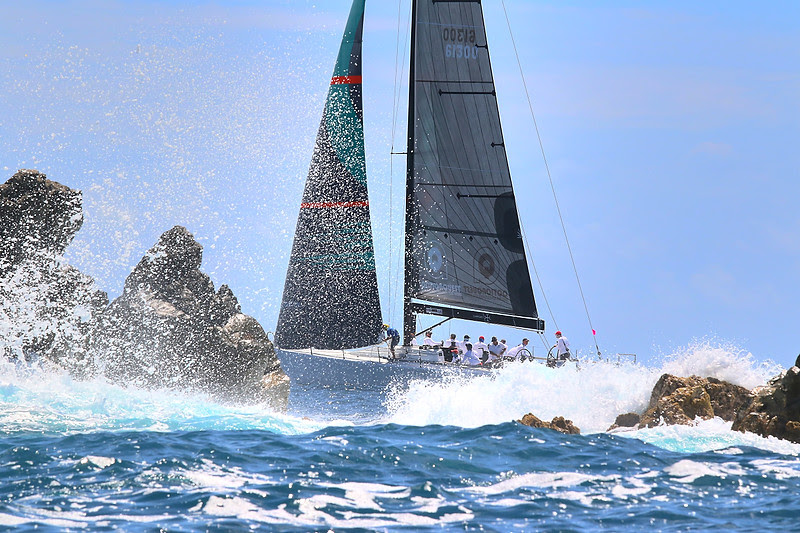 A win is all the sweeter when it’s unexpected. Miles Sutherland-Pilch, owner of the Beneteau First Odyssey and General Manager of Nanny Cay hadn’t really considered racing his boat in Spring Regatta but got talked into it by Bob Beltrano who winters at Nanny Cay on his Swan 53 Naia. Team Naia took first in CSA Racing Jib & Main. “Miles hadn’t raced in a long time and he’s been like a kid in a candy store getting Odyssey prepared to race,” Beltrano joked. “Best of all his 14-year old son Isaac who sails Optis was able to experience racing on a big boat. We tweaked a few things and the team did an amazing performance. We nailed two starts, aiming to be on time as conditions were really challenging, and caught shifts the others missed. Odyssey’s sails are 10 years old though and I’d really like Miles to buy new ones…”

Mount Gay Rum is the longest standing partner of the BVI Spring Regatta and Sailing Festival, and the Regatta is thrilled to have them back showcasing their premium rums for sailors from all over the world. “Any well-run regatta that has an international flavor and knows how to market itself internationally, bringing people from all over the world together around sailing is time well spent, and this is how we view our relationships,” Pascale Sold, Caribbean Zone Manager for Remy Cointreau said. “When you are in the Caribbean with the sun and the wind cooperating, it’s a perfect partnership!” Mount Gay has been producing premium rum in Barbados since 1703, making it the oldest rum producer in the world. Today Mount Gay is expanding its horizons to include other sports markets like skiing – the perfect beverage to enjoy after sports activity. Try the Black Barrel for elevated craft cocktails, Eclipse for your rum & coke or Pina Colada, or the barrel-aged XO for those special occasions!

Racing continues on Saturday with the first gun at 10am. The Xanadu Swimsuit Fashion Show is at 5:30pm, with the MidSailing Absolut Party 6:30-8pm. Music by MJ Blues Band plays from 7pm to midnight. Catch the racing from the beach at Nanny Cay! 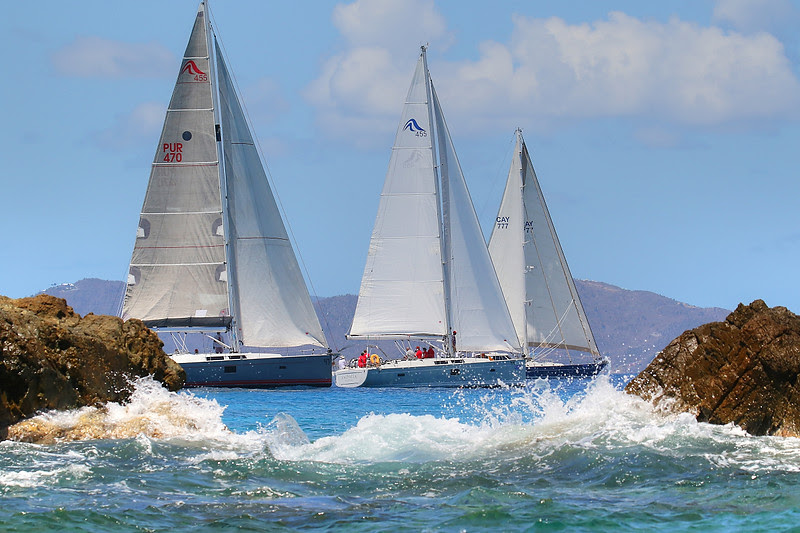 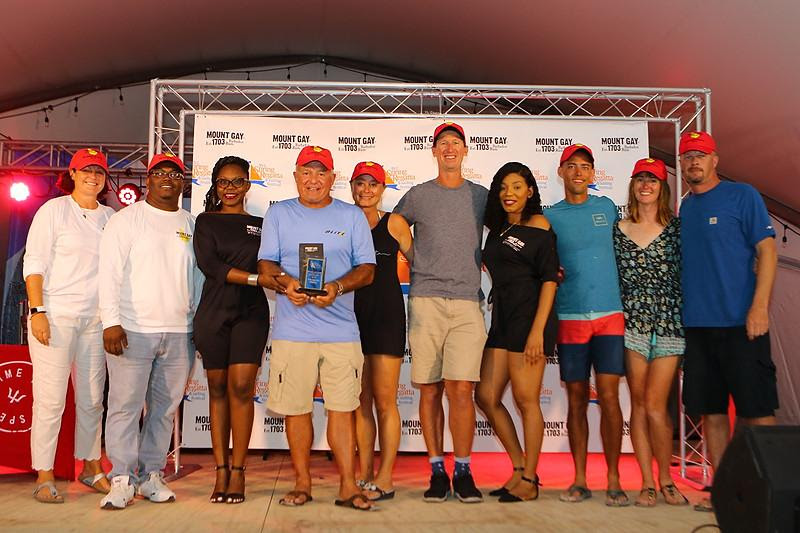 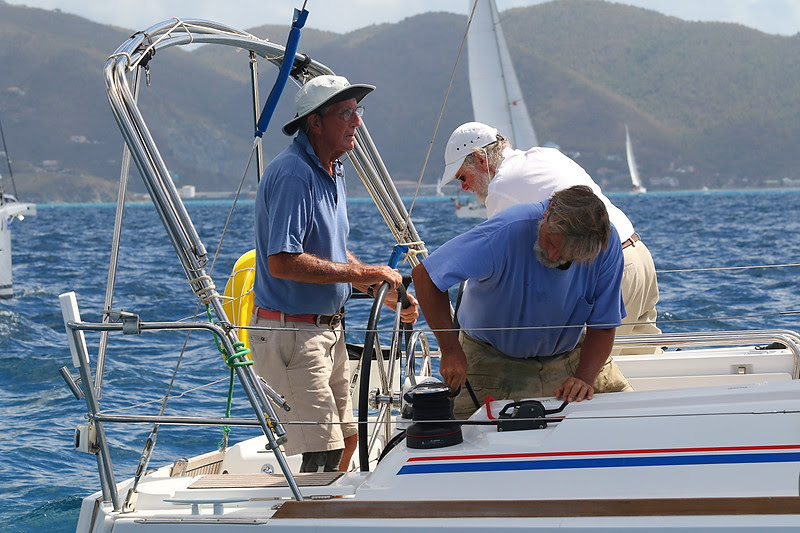 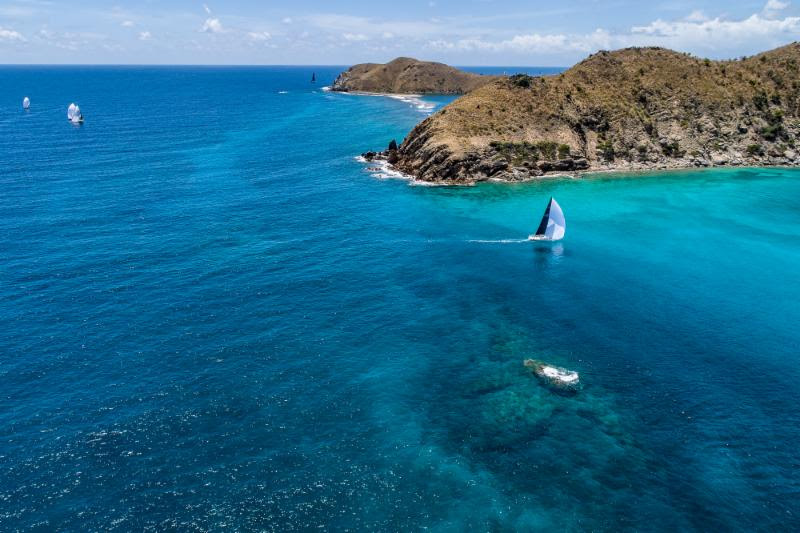 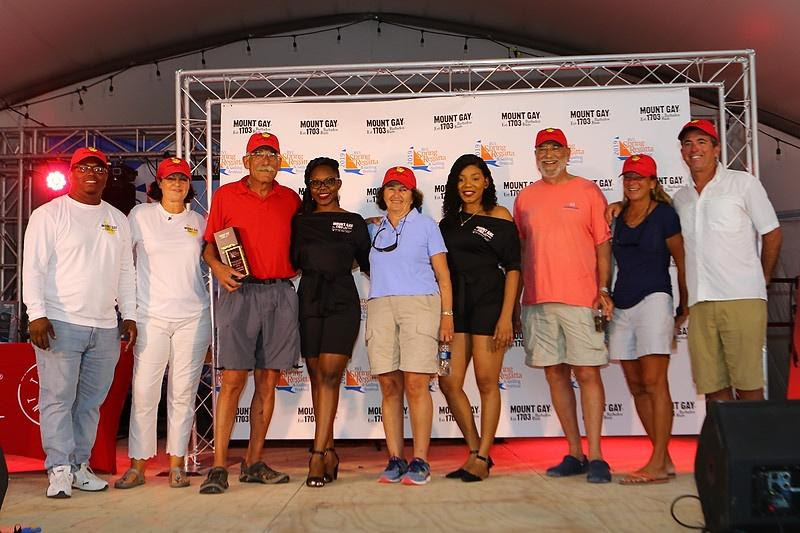 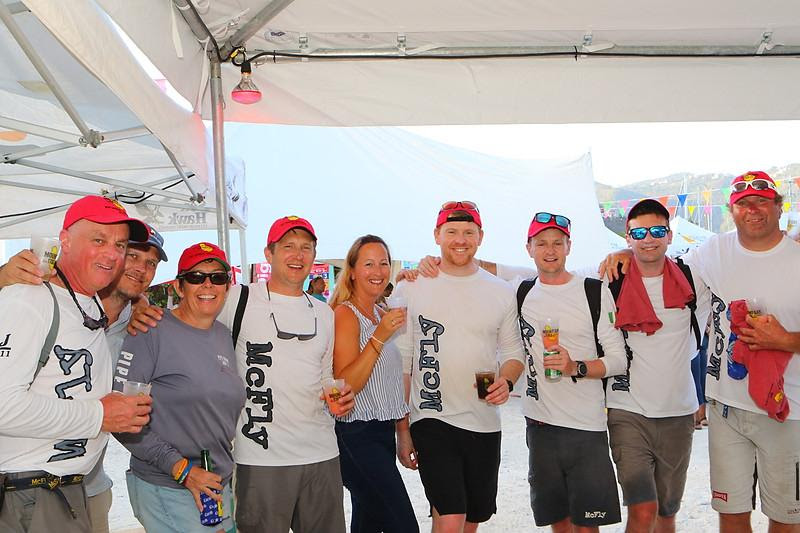 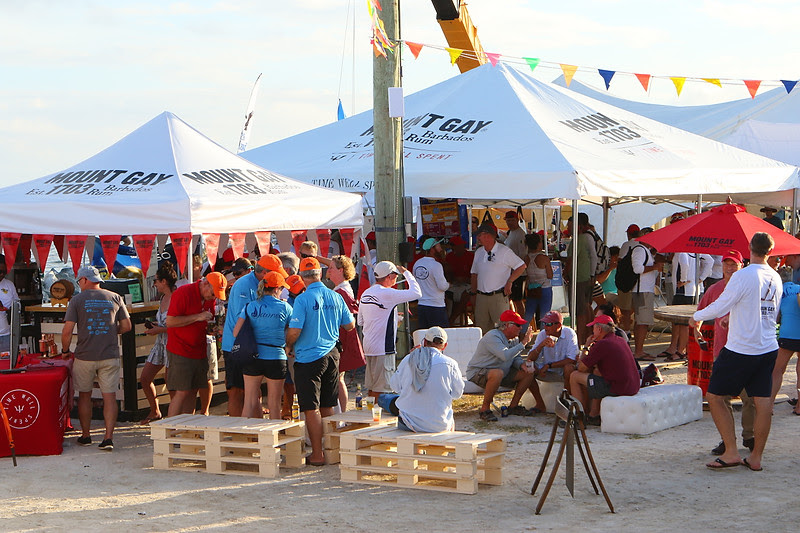