Multihull Racing in the Caribbean: The CMC leads the way!

Regattas featuring primarily monohull yachts are as common as sunshine; and the nature of that game is well known and understood by almost all. But racing in large multihulls – the sort of boats that are particularly good as cruising platforms – is not yet quite accepted for that blood tingling purpose.

Meanwhile, the Caribbean Multihull Challenge (CMC) — going into it’s third year in February 2021 — is proving that yacht racing with cruising-style multihulls is as interesting and challenging as it is with any single hulled vessel. In our 2020 edition, racing for all kinds of multihulls – no matter the design — was exhilarating, stormy, exciting; and full of an electric passion for multihulls that brought forth well more than four days of glorious and windy fun. 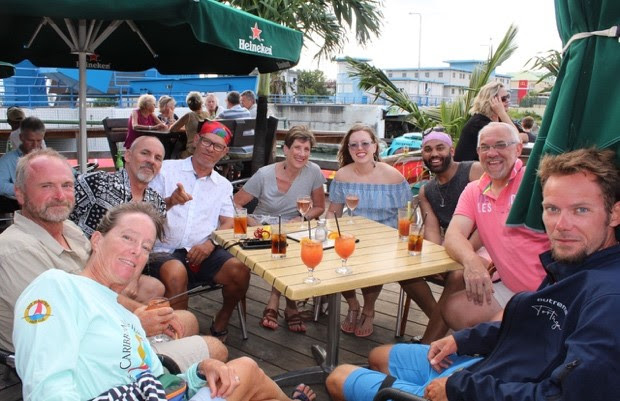 At the event, one end of the speed spectrum was the ocean racing multihull machines, that in contrast to the smaller more ‘cruisy’ models dominated the ultra top-end of the sport where the challenge is to cover long distances at unheard of sailing speeds. The 2020 CMC was entertained by three of these amazing vessels that led to the dropping of many jaws. The Mod-70’s Masarati and Argo; plus the 63’ trimaran Shockwave were brilliantly fast and mainly crewed by experienced professionals; all participating in the CMC and at the same time preparing for the Caribbean 600 to start in Antigua the week after the CMC concluded.

Most people do not get to see these awesome vessels when they do their offshore races so being in close proximity to them at the start and finish of each race in Simpson Bay is akin to being witness to the first time the Wright Brothers took off at Kitty Hawk. In particular, Masarati was sensation because when accelerating her bow shoots skywards which was a most spectacular sight. 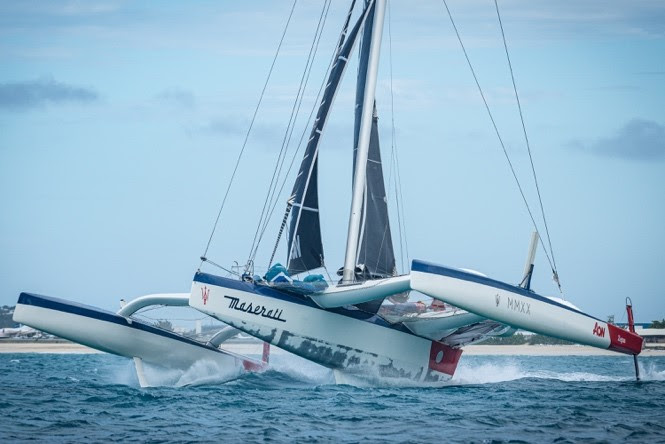 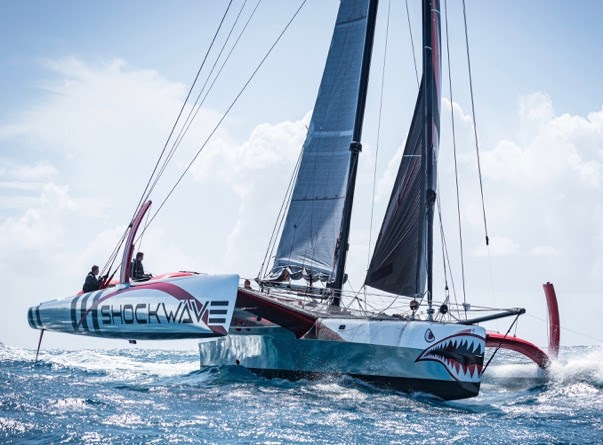 Because cruising multihulls do not get raced often, they have attracted the reputation that they can not sail and maneuver quickly. Wrong. As soon as some good sailors get on board these boats and do some tuning and learning, it turns out that they can perform fantastic nautical tricks. We saw this in our Cruising Classes where close results and tight racing clearly led to a great regatta experience. As in monohull racing, podium success is usually found by experienced sailors who get to know their boats well and who spend the time, energy, and resources to set them up.

The joyous lesson is that the more cruising catamarans are raced and the more their crews are practiced; substantial speeds, crisp maneuvers, and great results become readily available.

Looking at the 2020 results one sees that older and newer boats can be competitive via the CSA rating system that we use. For instance, in CMC II we had great racing between two Robertson and Caine boats that have very different construction dates. The older one is a Leopard 45 called Spellbound. The newer one is also a Leopard called La Novia — a little larger but with a good rating rule applied in each case both crews enjoyed very close racing. 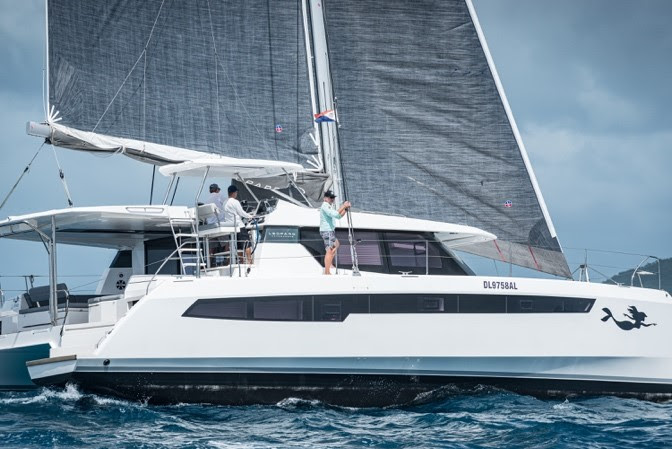 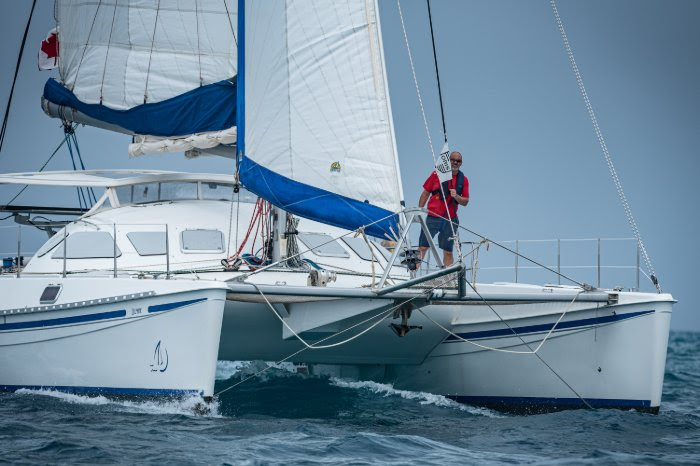 In the 2021 Caribbean racing season – after the 2020 Covid-19 shutdown – a big boost will be offered by there finally being a single rating rule for all multihull events. The rule – owned and administered by the experienced team at the Caribbean Sailing Association – and administered by an enthusiastic assemblage of measurers will make the 2021 Caribbean Multihull Challenge not only a prestigious event for all makes of multihulls, but a fair one as well. Can’t wait to see you there!