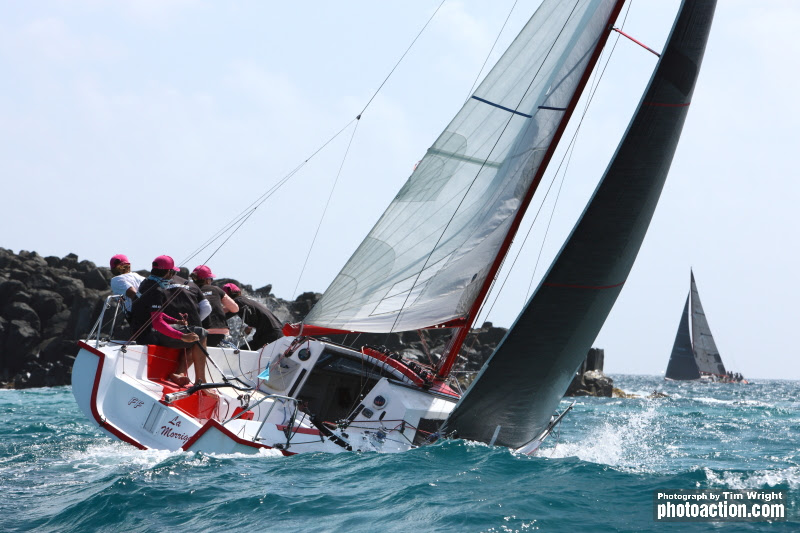 In CSA 1, Pamala Baldwin’s J/122 Liquid (ANT) continue to impress in the big boat class scoring a 1-2-2 today opening up a five point lead at the top of the class from their nearest rival, Richard Szyjan’s Hobie 33 Category 5 (GRN). Rob Butler’s Reflex 38 Touch2Play Racing (CAN) stays on the podium. Sea Hawk Paints Race Day was a great success for Tristan Marmousez La Morrigane (FRA). The day did not start well, when La Morrigane failed to finish the transition race. However, two bullets rounded off a great day for the team from Martinique.

“We broke our goose neck on the mast in the first race,” commented La Morrigane’s skipper Tristan Marmousez. “We pulled into to Prickly Bay and contacted Turbulence who support the regatta. We are so grateful to Richard (Szyjan) and his company. It was such a shame because we were so looking forward to the heavier conditions because the crew and the boat love it. We came out fighting and won the next two races which was fantastic!” 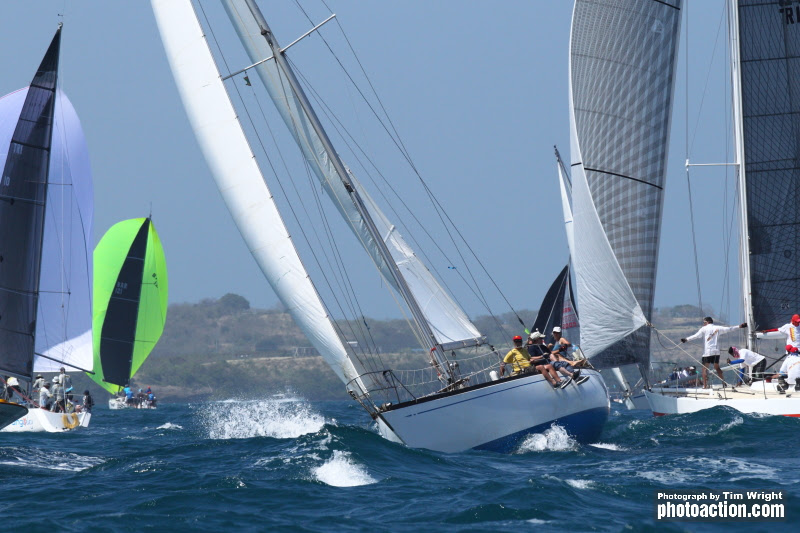 In CSA 3, Dieter Huppenkothen’s Swan 43 Rasmus (AUT) revelled in the conditions to score two wins today, propelling the team from Vienna to first in class. Norman Da Costa’a Soveral 42 C-MOS was leading the class but drops to second today after a 4-2, C-MOS is just a point behind Rasmus. Edward & Jonathan Kacal’s First 38 Petit Careme (TRI) is third in class.

“The wind and waves were perfect for Rasmus today,” commented Dieter Huppenkothen. “Rasmus is so exciting to race in Grenada when the wind blows. She will be 50 years old this year but she was built for these superb conditions. All of the Dieter Huppenkothen’s crew are so happy today.” 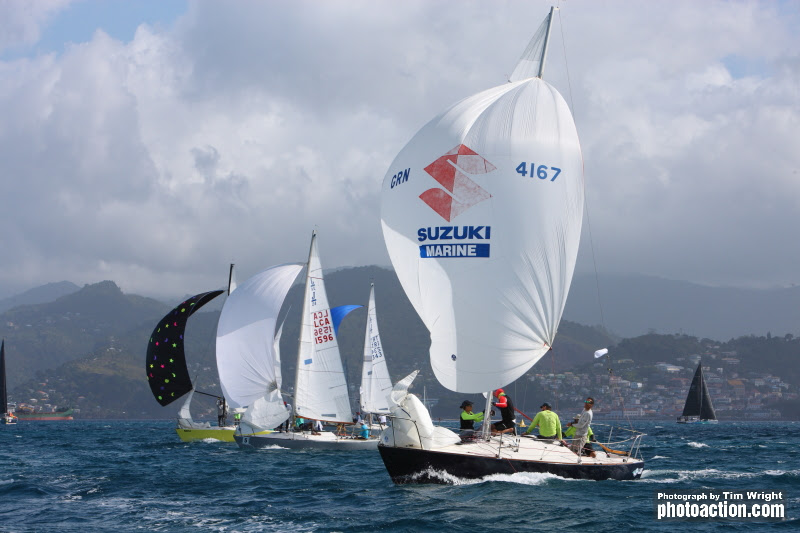 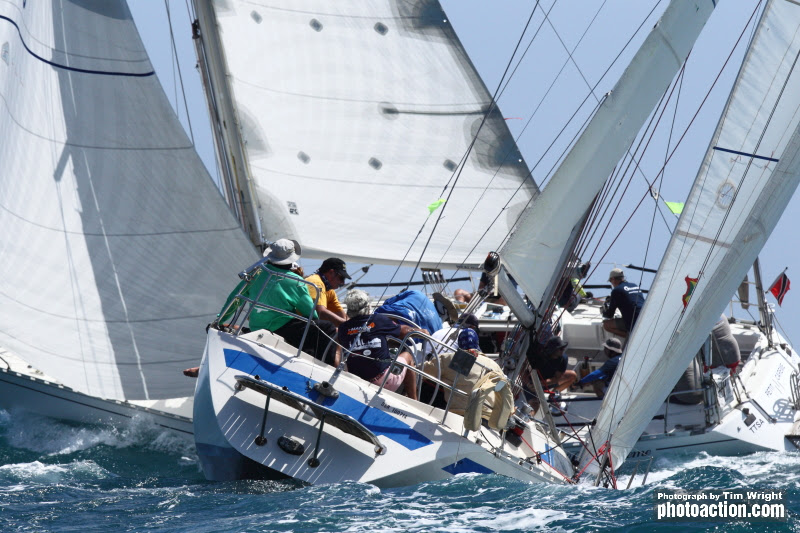 In the Classics Class Jonathan Gittens’ Morgan 41 Shangri La (BAR) scored their third bullet and now has an unassailable lead for the regatta. Walter Ollivierre Zemi (GRN) and Cal Enoe’s Free in St Barths (GRN) are tied on points for runner up spot. The two Carriacou Sloops have plenty to play for tomorrow, and fourth place Danny Donelan racing Savvy is always up for a good race.

Secret Harbour Boutique Hotel & Marina will be home for the final two days of Island Water World Grenada Sailing Week. Sea Hawk Paints have supported the regatta for eight years. Denis Laesker from Sea Hawk Paints awarded today’s prizes and paid tribute to the sailors and the organisers for the fabulous event.