A FATHER and son combination proved to be the winning formula for Team Malta which romped to victory in the first day of racing.

Richard Schultheis, 14, snared first place in both of Monday’s two races which heralded the start of the 2019 Optimist World Championship. 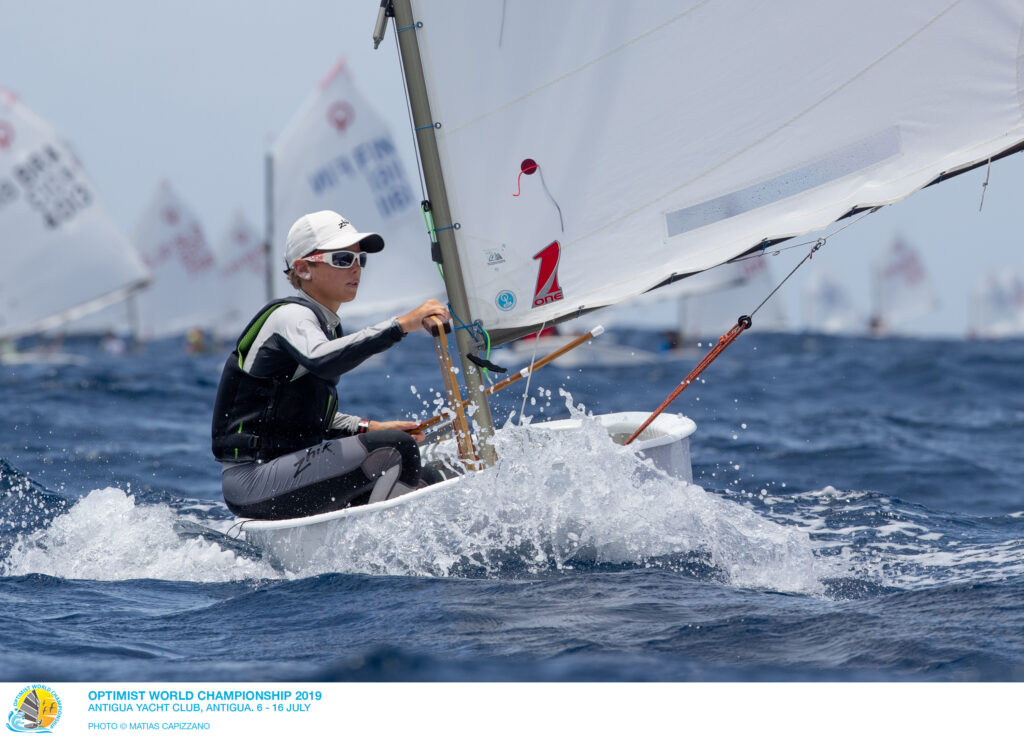 Malta is represented by two sailors; Richard and teammate Antonio Gasperini, who turns 14 on July 17.

A week of practicing on the water since his arrival in Antigua a week ago paid off for Richard.

“I told them to be happy, enjoy – and sail simple. Don’t make things complicated,” Josef said.

“The conditions were beautiful out there. The wind was a little tricky because there was a lot of current and shifts which they had to make their way through.

“Richard sailed at a good speed and played the shifts well.”

But Team Malta will certainly not be resting on their laurels.

“We will see what the conditions are for the rest of the races and adapt to those as well as the competitors.”

Neither will there be any time for exploring the island yet.

“I have been to Antigua before so I know the island a little but right now we are focusing on the sailing,” Josef added.

Richard described the wind strength as “medium” but spoke of “tricky conditions” out at sea.

“It was hard because I did not know what to expect so I saved my race like I usually do and just went with the shifts – along with the seaweed.”

The young sailors have had an additional challenge on the water, battling floating blooms of sargassum seaweed.

“It was not too bad today compared to the last two days,” Richard said.

“It was quite a difficult day generally with pretty tough competition but of course it is the world championships and the sailors here are the best from every country.”

Richard’s game plan is to practice his “weak spots” and sail his best.

“Last year’s winner is definitely among the ones to watch,” he added.