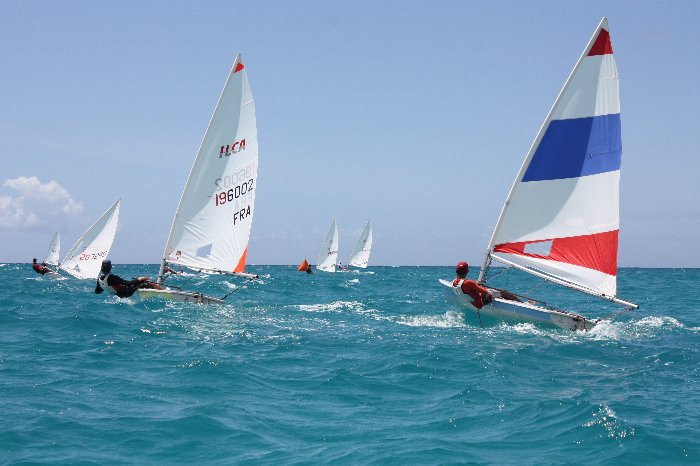 The Sint Maarten Yacht Club hosted the Grant Thornton Multiclass Regatta over the weekend of January 14 and 15, 2023.

This 2-day event welcomed sailors in the following 6 classes: Optimist, RS Zest, Laser Standard, Laser Radial, Laser 4.7 and RS Quests. So far 25 entries have been received. Besides the sailors from the Sint Maarten Yacht Club and the Sint Maarten Yacht Club Sailing School entries have been received from Club de Voile de Friar’s Bay and the St. Barts Yacht Club, which promised excellent competition on the water.

The Multiclass Regatta has been a popular event among all age groups and has shown great participation numbers in the past. Grant Thornton will enter its fourth year of sponsorship of this event!

“The wind predictions for Saturday are great, says Paul Henriques, Race Officer of the Grant Thornton Multiclass Regatta, with 16 – 18 knots of wind. On Sunday much lighter winds are expected, between 7-9 knots of wind. It will be interesting to see how the competitors will cope with different weather conditions. Our team is ready to facilitate and organize some high-class racing”.

Sailors were served some breakfast pastries from Zeebest, lunch and after-sailing snacks sponsored by Domino’s pizza.

On Sunday morning the racing in the Grant Thornton Multiclass Regatta continued and closed off with a prize giving which is at 1.30 pm.kl