The Race Committee was able to start 4 races on the west side of the Causeway Bridge.

15 competitors sailed in the popular Optimist class. Sarah Michaux came in third place. Emilien le Normand from the Club de Voile de Friar’s Bay was in third place after the first day of racing but came in second in the overall results after he sailed 4 very steady races on the second day. The win in the Optimist class was for Lolie Osswald from the Sint Barths Yacht Club with 3 bullets and one second place sailed on the second day. 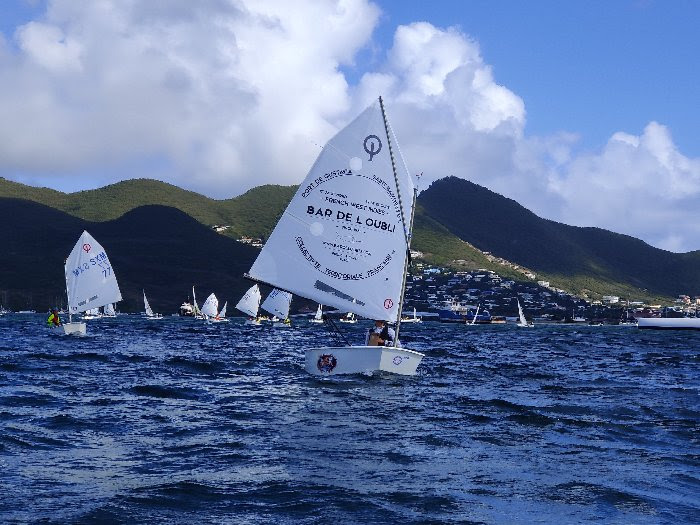 Antonin and his crew from the St. Barths Yacht Club took the win in the RS Quest class . Robbie Ferron and crew came in second and Louka sailed with Hugo and came in third. 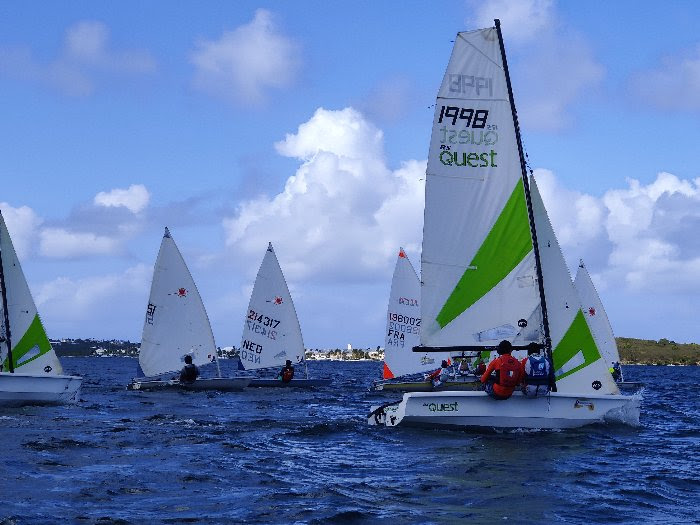 The next dinghy racing event will be the Multiclass Regatta on March 26 and 27 – 2022. second Results can be found online, as well as the photos.