Thirty-two sailors ages seven to seventy-three came out on the water on Saturday to complete the final day of racing of the Sint Maarten Yacht Club’s Season Championship sponsored by Grant Thornton.

A total of 36 races since October made up the complete series in five different classes of boats including Optimists, Lasers, Laser Pico’s, RS Quests, and SunFast 20’s.

Three days of the Hope-Ross Series made up the last 11 races which concluded on Saturday with moderate wind conditions out in the Simpson Bay Lagoon where the focus was on tactics. 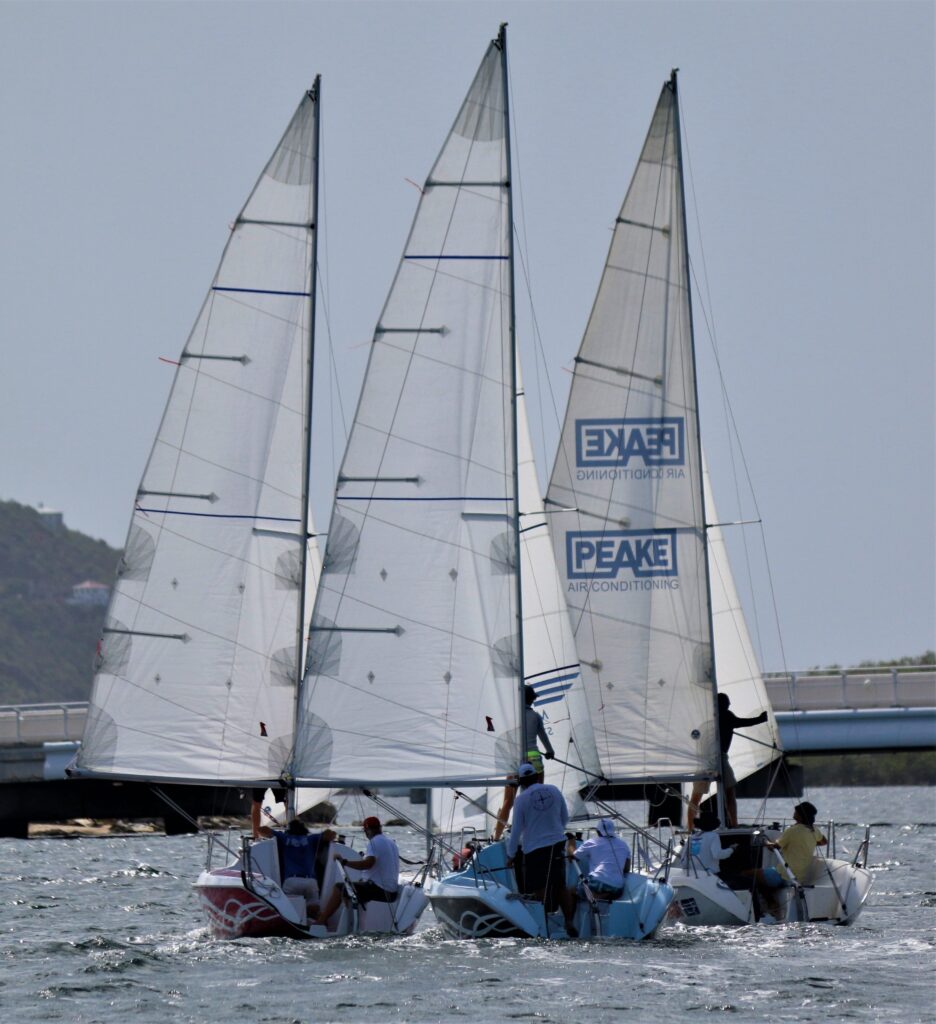 Several Overall Champions stood out for the season including 11-year-old Caii Banting in the Optimist Class who dominated the field. Adriaan Coppelmans and Chris de Wilde came out 2nd and 3rd overall and display up and coming talent in this class and are starting to offer Caii some good competition. During the Hope-Ross Series it became a “sail off” between Chris and Adriaan, with Chris taking second place with only one-point difference. Veronica Destin took 3rd place.

In the RS Quest, there’s still no match for Summer Jean Morton and Mathijs Detering who commanded this class with 1st place bullets in all but 3 races they completed for the season. Justin Pieterse and Ajani Destin were second overall with Reinier Calkhoven and Grace Cheasley third. Summer was called forward twice more to collect 1st place in the Hope-Ross Series and Overall Youth winner of the 3-day Series. Sailing instructor Nils Jannichsen and Lisanne came in second and Arthur Banting and Caoimhe (Keeva) third.

Jolyon Ferron, who started out in the SMYC Youth Sailing Program as a young boy, is now a force to be reckoned with in the Laser Class giving veteran sailor Frits Bus a run for his money. Jolyon took home 1st overall in the Season Championship with Frits second and Ryan Hope-Ross third. The day became more victorious as Jolyon also got to collect 1st place in the Hope-Ross Series and Overall Adult winner of this 3-day Series. 13-year-old Emma Lennox wasn’t afraid to take on these sailing giants and showed how comfortable she is sailing her Laser 4.7 by coming second. Ryan represented the family name in the Hope-Ross Series and claimed third place.

In the SunFast 20 Class, Robbie Ferron, head of the SMYC Sailing Committee, and Ernst Looser sailed consistently over the months to capture 1st overall, with Garth Steyn and Kippy Gilders second, and Rien Korteknie third. These competitive teams have been giving each other fierce competition all year. Newcomer in the SunFast 20’s, Ian Martin, stepped out for 2 days of the 3 day Hope-Ross Series and took over the racecourse winning the SunFast 20 Class for the Hope-Ross Series, leaving Robbie and Garth behind him in second and third respectively.

The Season Championships wouldn’t have been possible without the loyal Race Committee consisting of Paul Henriquez, Corinne Draesner and Clenda Pecht, the volunteers who laid the marks and went out in support boats and the Sailing Committee.