Green Dragon becomes the seventh boat to win the International Maxi Association’s IMA Trophy. Whilst this year’s race is a different route, Green Dragon is the first monohull to complete the RORC Transatlantic Race in under 10 days. The Secretary General of the IMA, Andrew McIrvine commented: “Congratulations and best wishes from the IMA to Johannes and the Green Dragon team. We are sorry not to able to greet you, as we would have in more usual times, but we hope you enjoyed the race.”

“It is an honour to win the IMA Trophy, as so many famous boats have done, but to finish the race in such a fast time is incredible. Although we finished in Antigua and not Grenada, the route we took was to the south, so there is not much difference in the miles we have raced,” commented Green Dragon’s Johannes Schwarz. 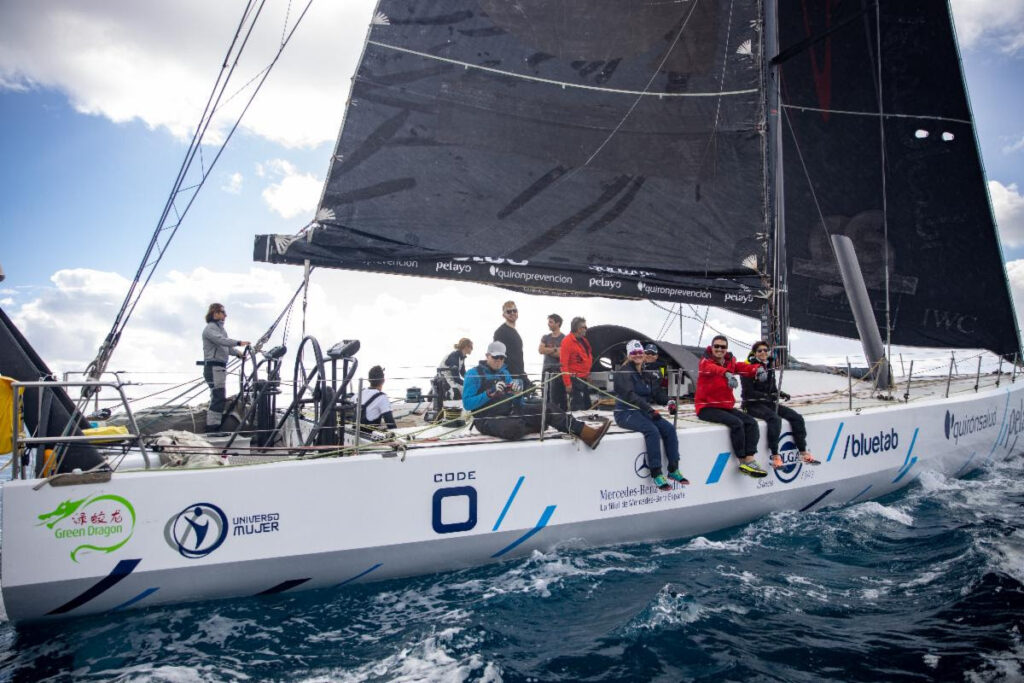 “In the early part of the race we didn’t push too hard because we are a mixed pro-am crew and there were strong winds on the reach from Lanzarote to Tenerife,” explained Schwarz. “Later in the race we deployed the big kite and the conditions were just so fantastic. It was really special and very emotional for all the crew – we went faster and faster. I have to say that we are deeply impressed by the performance of the Class40s, they were so incredible! When we arrived in Antigua, it was not possible for the RORC team to meet us due to the curfew, but as if by magic, there was a cooler of cold beer on the dock!” 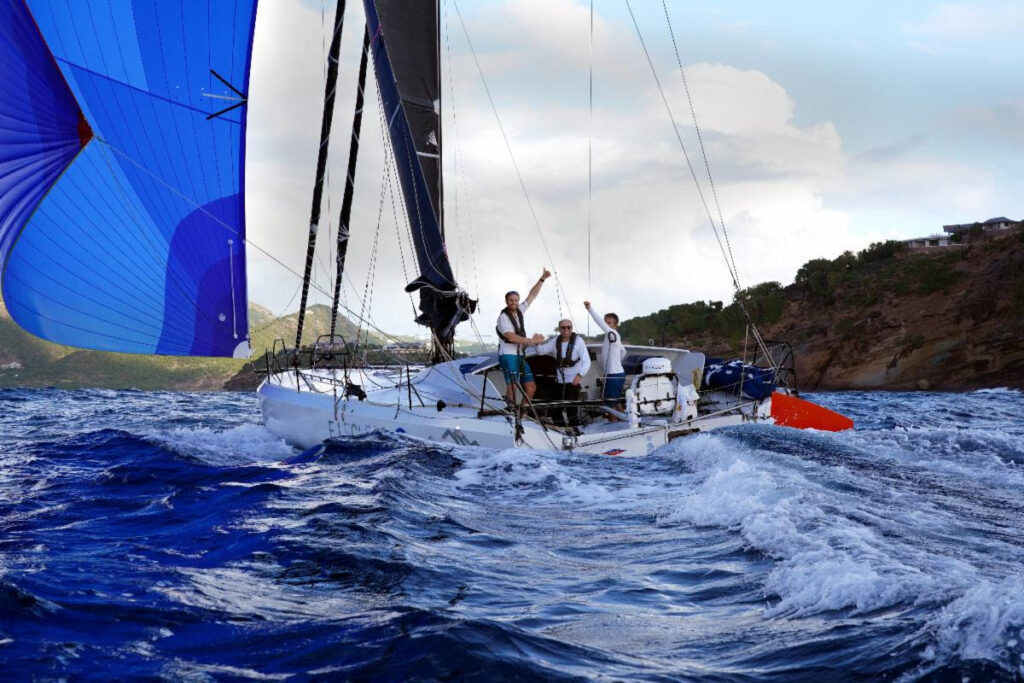 Olivier Magre’s Class40 Palanad 3 showed blistering pace in the RORC Transatlantic Race. “We pushed the boat hard, maybe at times a bit too much,” admitted Luke Berry. “We had the smaller spinnaker up in 38 knots for example.” Palanad 3’s owner Olivier was racing with two of the best Class40 sailors in the world in Corentin Douguet and Luke Berry. Enjoying a cold beer dockside Olivier commented:

“We are overjoyed to arrive in Antigua to such a great welcome, it has been a super race. The boat performed really well; very quick but also very safe, with tremendous acceleration. If it was not for the sargassum weed, I am sure we would have finished inside 10 days – it is a superb boat!

“I remember the start from Puerto Calero so well; the boat was singing in big conditions and we had a great battle with our sistership Redman. I have sailed with Corentin before and it is always special, he is a great sailor. This was my first time with Luke, he is a great communicator, always in a good mood and a tremendous sailor. I would like to say a big ‘thank you’ to Lanzarote, Antigua and to the RORC. This has been a super race and really well organised.”

Antoine Carpentier’s Class40 Redman is expected to be the next boat to complete the RORC Transatlantic Race. Redman is due in Antigua in the early in early hours of Wednesday 20th January.

Keep up with all the latest news and track the fleet as they near Antigua: Race Tracker: http://rorctransatlantic.rorc.org/tracking/2021-fleet-tracking.html

HIGH RES IMAGES
(FOR EDITORIAL USE ONLY): Contact press@rorc.org for requests.