ITALY cemented their status as the team to watch at this year’s Optiworlds with a euphoric win over Thailand during Friday’s team racing finals.

The Italians sailed to victory in a nail-biting climax which saw their south-east Asian opponents battling to the end to defend their title as 2018’s team champs.

It meant additional elation for Team Italy whose Marco Gradoni currently occupies the top spot out of 255 participating sailors in the fleet racing’s leader board.

“I think we did good work because we are now the top team,” Marco, 15, said. “I want to say congratulations to Thailand. It’s a good feeling to win but we want an even better feeling when the championships finish.

“I want to maintain my position and will try to keep a clear mind,” he added.

“We were very happy for the good wind,” he said.

There was a rollercoaster of emotions among the Thai competitors who lost their first race but secured a win in the second taking them through to a third.

The team’s Weka Bhanubandh also marked his 12th birthday on Friday and was presented with a cake upon arrival back into Nelson’s Dockyard. 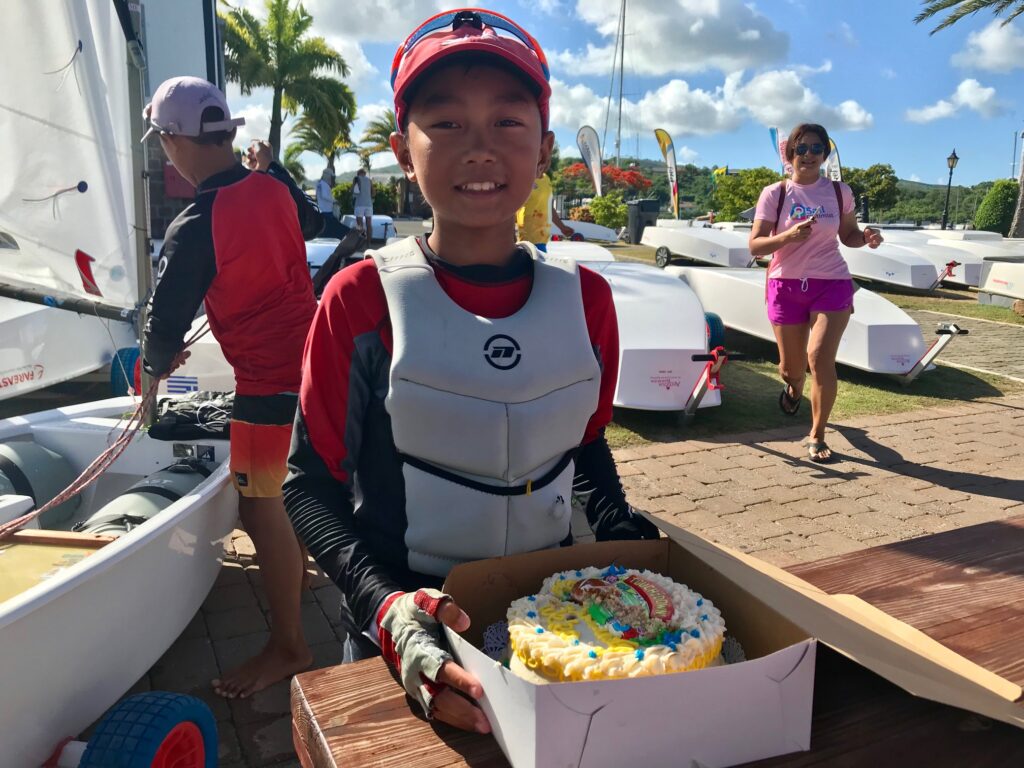 “It was my best birthday ever,” he enthused. “The atmosphere on the water was tense but it was really fun and exciting. Congratulations to Italy; they did really well.”

Weka cited “miscommunication” among his team members as the reason for not winning. He adding that, although the youngsters were disappointed, they remained confident ahead of the next three days of fleet racing finals which kick off on Saturday morning.

The team racing is a popular midway feature of the annual Optimist World Championship, allowing the young competitors a chance to compete alongside their team mates in a series of quick-fire short sprints.

Host nation Antigua were knocked out on Thursday after losing first to Sweden and then to Japan, the latter on a scoring penalty.

Of the 16 nations which raced on Friday, Team Peru had also hoped to emerge triumphant but said they were proud to claim third place.

“We trained a lot in team racing in Peru. We also went to Uruguay to practice. I am happy with how we did but we really wanted to get to the final two,” said Sophie Zimmermann, 13.

“But we are planning to get a good start tomorrow and do what we trained for,” she added.

Meanwhile, competition is stiff at the top of the leader board. Gradoni – the two-time defending world champion – is just one point ahead of Malta’s Richard Schultheis who has seven points. South Africa’s Ian Walker March is currently in third position with eight points. Bermuda’s Sebastian Kempe is in fourth place with 17 points, followed by Spain’s Jaime Ayarza with 19.

The annual championship is one of few sporting contests worldwide where boys and girls compete together. The best performing girls so far are Spain’s Maria Perello, currently on 39 points and in 16th position. Team USA’s Samara Walshe is also going strong in 20th place with 42 points.

The event will draw to a close on Monday evening when the 2019 world champion is presented with the Beacon Challenge Cup. Gold, silver and bronze medals will also be given out, along with prizes for the first 20 sailors and the top three females.

The top girl will be awarded the Helen Mary Wilkes Trophy and the top boy will receive the Peter Barclay Trophy, both named in tribute to veterans of the championship’s governing body, the International Optimist Dingy Association (IODA).

Former IODA president Wilkes has been a familiar face on the sailing scene for four decades after first becoming involved as an ‘Opti-mum’ in the 1970s. Her strenuous work has earned her a number of awards including the gold medal of World Sailing in 2017 following 34 years of service to the sport.

Barclay is also a former IODA president. He handed over the reins to Kevin Whitcraft in 2017 after a decade in the seat. 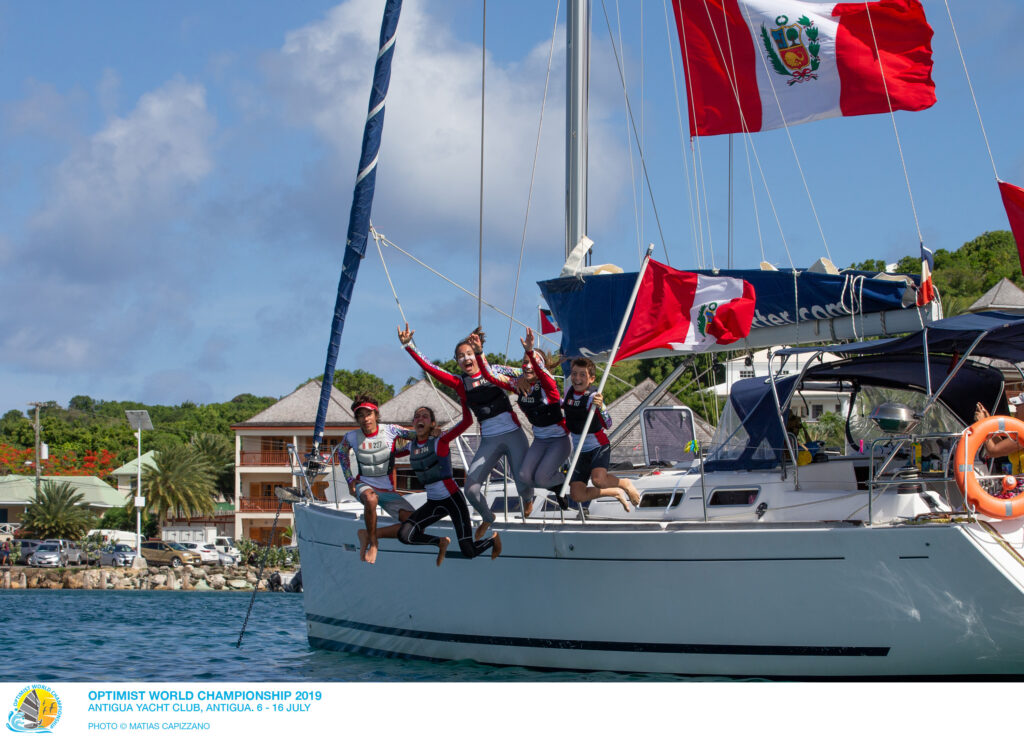