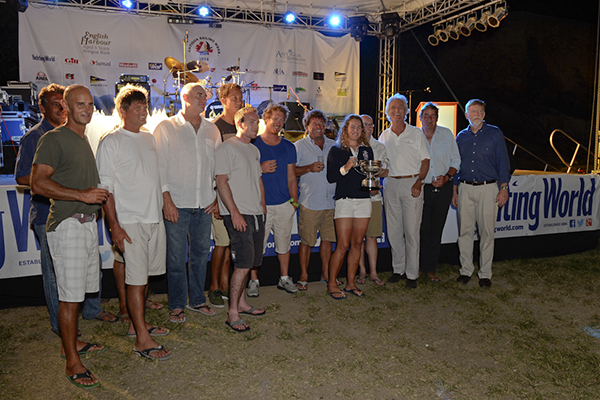 Racing at Antigua Sailing Week continued on Saturday, April 26, with the Yachting World Round Antigua Race. Thirty-nine yachts entered the race which started in glorious conditions with 15 knots of breeze from the southeast and a moderate sea state:  champagne conditions were the order of the day.  The breeze piped up a good deal on the windward side of Antigua but an area of calm winds on the northwest corner of the island and a dead beat to the finish, slowed the fleet.

Mike Slade’s Farr 100, ICAP Leopard took line honours in an elapsed time of 5 Hours, 13 minutes and 40 seconds to win the Yachting World Trophy.  “This is the first time Leopard has competed in this race, so I am delighted that ICAP Leopard’s name will be going on the trophy,” commented Mike Slade.  “The Yachting World Round Antigua Race has certain similarities to the Round the Island Race [Isle of Wight] in the Solent, which along with Antigua is one of my favourite places to sail anywhere in the world.  The wind conversion zone was a crucial area, but Chris Sherlock, Hugh Agnew, Pol Hoj-Jensen and all the crew did a great job getting us through it.”

Karl Funk’s Kernan 47, True, showed great pace to win both CSA 0 and CSA overall after time correction.  True beat several larger yachts around the course and looks to be a force to be reckoned with at Antigua Sailing Week which starts today (Sunday). Rob Date’s Australian RP52, Scarlet Runner, was runner-up in class and overall. 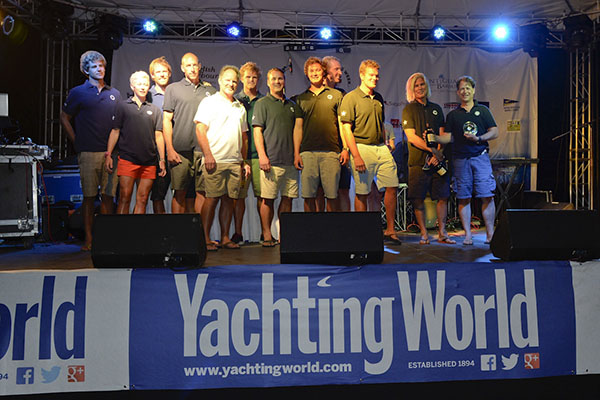 Ross Applebey’s Oyster 48, Scarlet Oyster, was the winner of CSA 1. Scarlet Oyster has been chartered to Team Proteus and many of the crew have just completed a circumnavigation as part of the Oyster World Rally.  Andy Middleton’s First 47.7, Global Yacht Racing, was just 26 seconds behind after time correction.

In CSA 2, Sir Peter Harrison’s Cork 1720, skippered by Marc Fitzgerald, was the victor.  Team Sojana was the smallest yacht in the race and also corrected out to claim second overall.

Frers 94, Bristolian, skippered by John Burnie got away to a cracking start and the crew handled the magnificent yacht with great perfection. “We knew that this race was not for us right from the start,” admitted John. “The conditions did not suit Bristolian, but we have sailors of mixed experience that have been spending time on the water together and that practice is beginning to pay off. We can see the improvements each time we go out and the crew work is getting better every race and our knowledge of how to sail the boat well keeps improving.  We are looking forward to Antigua Sailing Week and hope that the training we have put in will shine through.”

Prior to the prize giving for the Yachting World Round Antigua Race at Nelson’s Dockyard, the America’s Cup Trophy was displayed in Nelson’s Dockyard and then at The Copper & Lumber Store Hotel. ‘The Auld Mug’ is the oldest international sporting trophy in the world, originally awarded in 1851 by the Royal Yacht Squadron for a race around the Isle of Wight.  Antiguan Shannon Falcone won the cup as part of Oracle Team USA last year and arranged to bring the Trophy to Antigua at the beginning of Antigua Sailing Week.

John Maginley, Minister of Tourism and Civil Aviation was the guest of honour during the evening and he greeted competitors to the Official Welcome Party which featured Rico and the Foreplay Band.

The 47th edition of Antigua Sailing Week starts today.  For full information and results of the Yachting World Round Antigua Race visit: www.sailingweek.com. 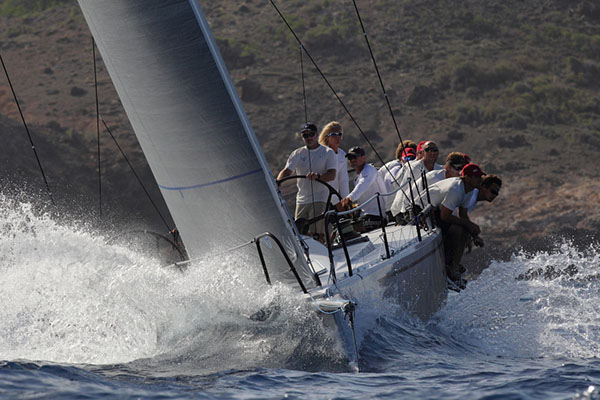 True, the overall winner of the Yachting World Round Antigua Race 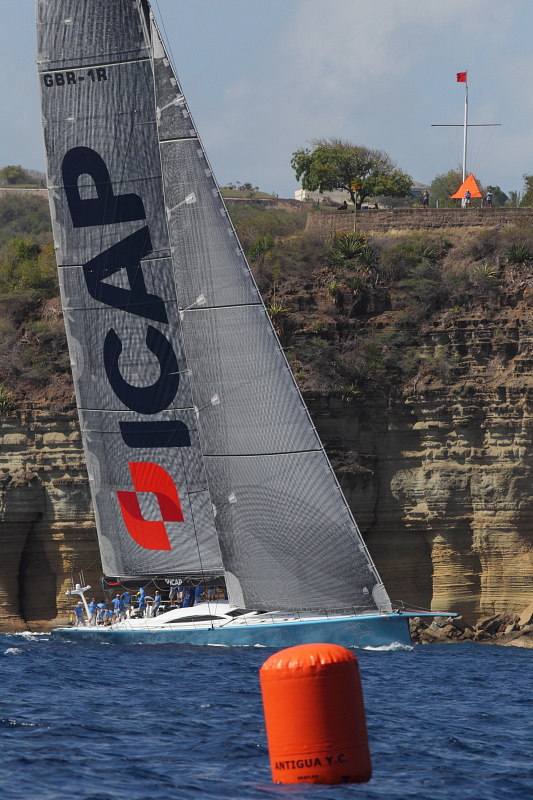