A record 84 yachts started the 2018 RORC Caribbean 600 in Antigua today; the largest fleet assembled in the ten-year history of the race. The impressive armada set off in unstable conditions with squalls producing a wind range of over 20 knots, and as little as 10, with some big shifts in direction. High seas and strong trade winds are expected for the race, with the anticipation of record breaking pace. At 1600 AST Rambler 88, Proteus and Warrior were ahead of the monohull race record. 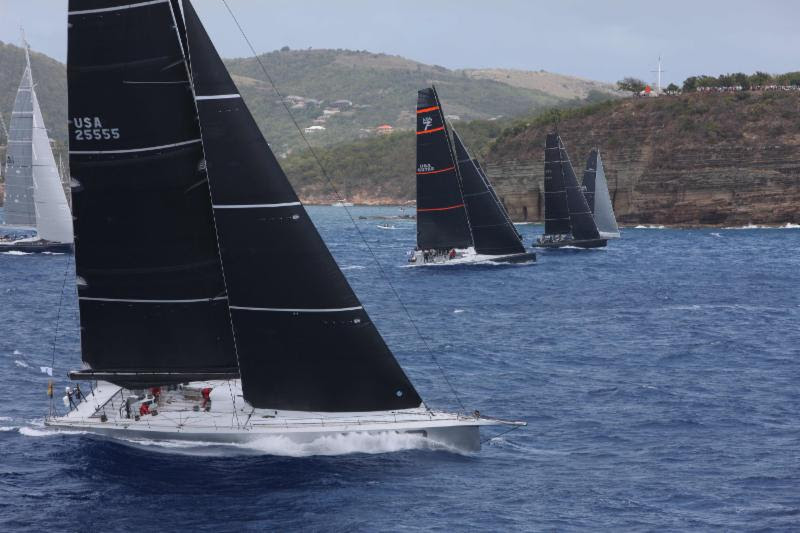 On record pace, George David’s American Maxi Rambler 88 and the IRC Zero & Superyacht fleet at the start of the RORC Caribbean 600 off Fort Charlotte in Antigua today © RORC/Tim Wright/Photoaction.com

Peter Aschenbrenner’s Irens 63 Paradox was launched at the start and led the 11-strong multihull fleet, reaching Barbuda in just two hours. George David’s American Maxi Rambler 88 got away well at the outer end of the line, tacking immediately to smoke upwind in a halo of spray. Rambler 88 took under an hour to round Green Island before unfurling reaching sails to blast towards Barbuda at well over 20 knots of boat speed. Ludde Ingvall’s Australian Maxi CQS developed a technical problem shortly after the start and returned to Antigua to effect repairs, as per the rules of the race.

“It’s incredible that the weather for the start of the 10th edition was exactly the same as the first race in 2009,” commented Eddie Warden Owen, RORC Chief Executive. “Today’s start is probably the windiest that we’ve had for some years, with rain squalls coming through during the start sequence, then sunshine; typical Antiguan conditions. We have a fantastic fleet of 84 boats setting off in this record-fleet.”

George Sakellaris’ American Maxi72 Proteus was just four minutes behind Rambler 88 at Green Island, lying just east of Antigua. USMMA Sailing Foundation’s American Volvo 70 Warrior and Jens Kellinghusen’s German Ker 56 Varuna were all in hot pursuit. Two Superyachts enjoyed a close battle at the start which is likely to rage for the whole of the race. The Dixon 100 Danneskjold was just 13 seconds ahead of the Southernwind 102 Farfalla at Green Island.

Catherine Pourre’s French team racing Eärendil leads the Class40s after a tough beat to Green Island. Eärendil has stretched out a one mile lead ahead of Louis Burton’s BHB and American John Niewenhous’ Loose Fish.

In IRC Two, Scarlet Island Girl, owned by Ossie Stewart and skippered by Ross Applebey got a great start and provisionally lead the class. A tense battle is expected for the race and the start was indicative of this. Ballytrim, EH01, Avanti and Quokka are all fighting for the lead.
In IRC Three, Conor Fogerty’s Irish Sunfast 3600, Bam got away to an impressive start, as did Jonty and Vicki Layfield’s Swan 48 Sleeper X. Richard Palmer racing his British JPK 10.10 Jangada Two Handed with Jeremy Waitt also got a great getaway. 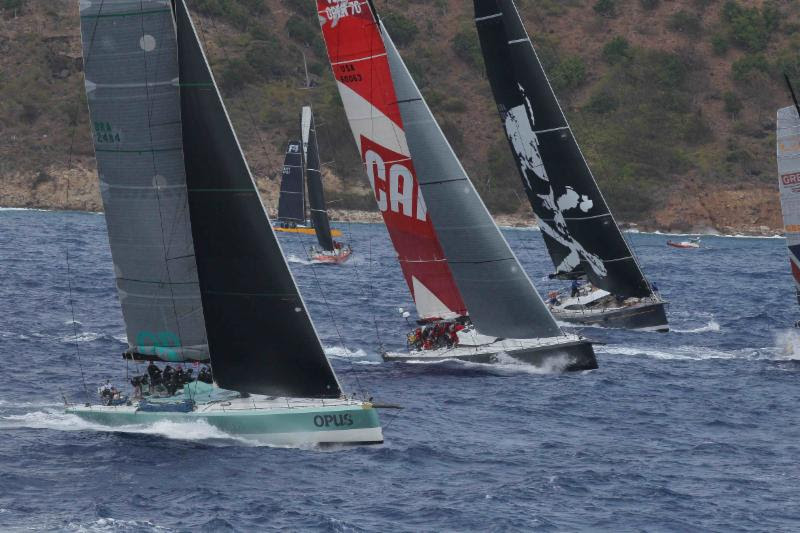 Samuel Albrecht’s Brazilian Prototype Soto 4.15, Volvo 70 Warrior (USA) from the USMMA Sailing Foundation and one of the largest yachts in the record-sized fleet, Dixon 100 Danneskjold (USA)

Last start of the day for the record number of multihulls in the race: Jason Carroll’s Gunboat 62 Elvis and Stephen Cucchiaro’s Gunboat 60 Flow © RORC/Tim Wright/photoaction.com 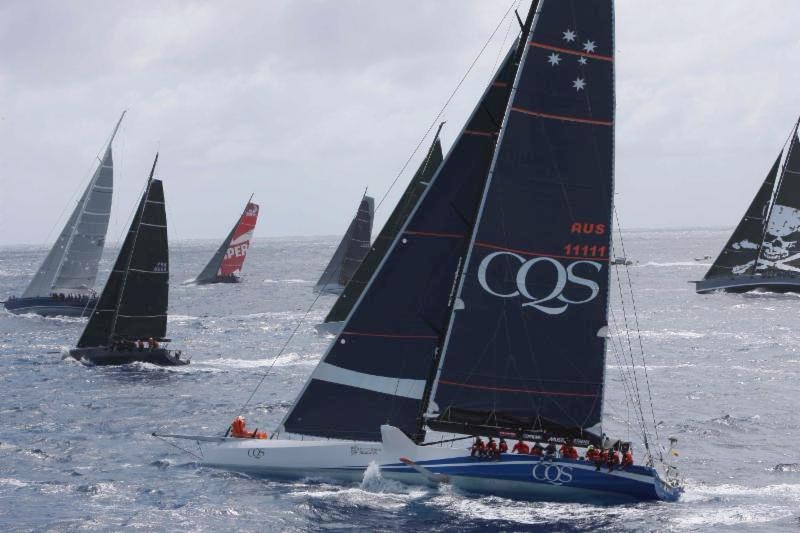 Fleet at the start of the RORC Caribbean 600 © Tim Wright/Photoaction.com 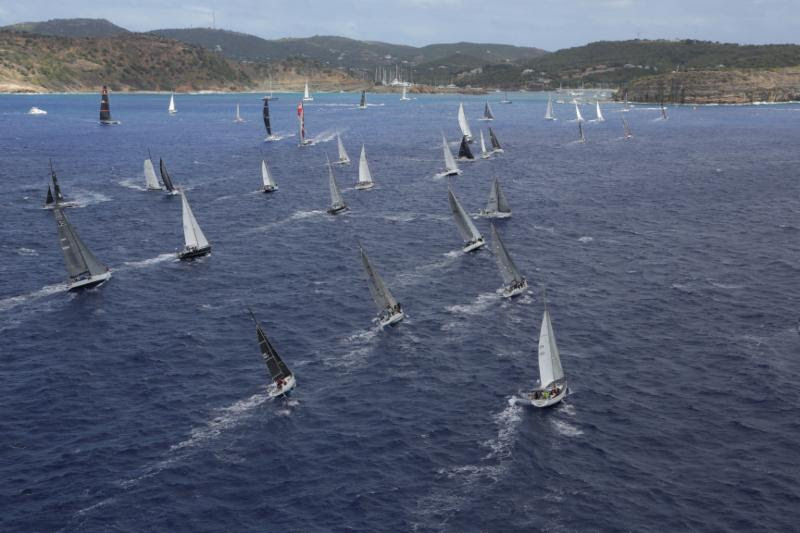 First start of the RORC Caribbean 600 from Antigua for IRC 2, 3 and CSA fleet © Tim Wright/Photoaction.com 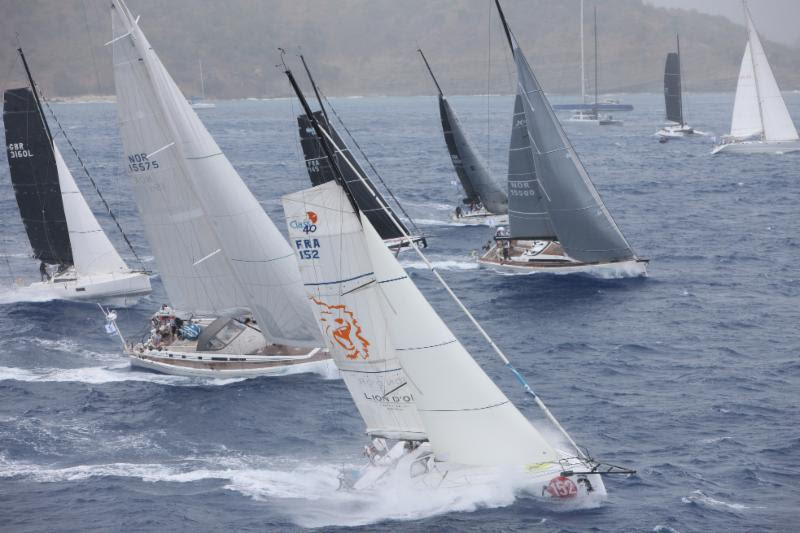 The Class40 and IRC 1 fleet set off at 1140 AST in squally conditions © Tim Wright/Photoaction.com 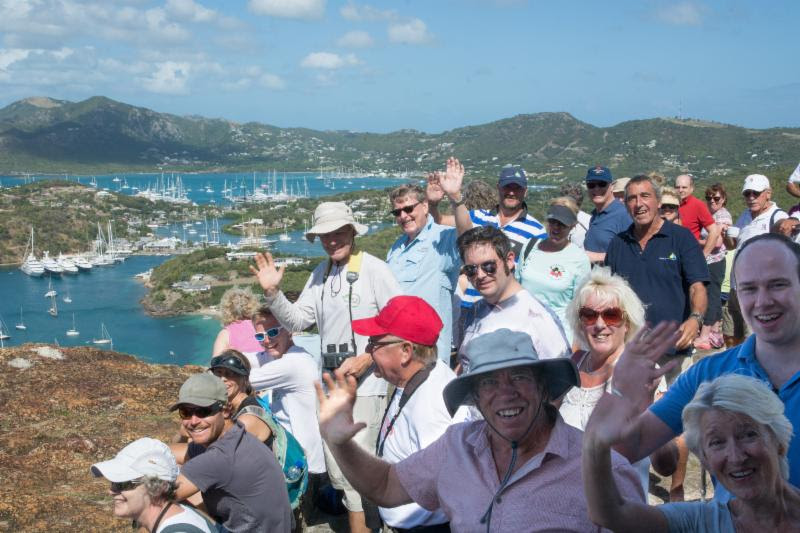