Saturday 8 January, Lanzarote: The 2022 RORC Transatlantic Race started on time in glorious conditions outside Marina Lanzarote. A flotilla of spectator boats witnessed the spectacle and thousands more watched by live stream, with Vendee Globe star Pip Hare providing commentary. After months of preparation and planning, the 3,000nm race to Grenada has begun for 256 sailors from 27 different countries. The record fleet of 30 boats set off at blistering pace downwind leaving Lanzarote behind. The RORC fleet will race through the Canary Islands before sailing into the open waters of the Atlantic. A complex weather system promises a fascinating race to Camper & Nicholsons Port Louis Marina in Grenada. 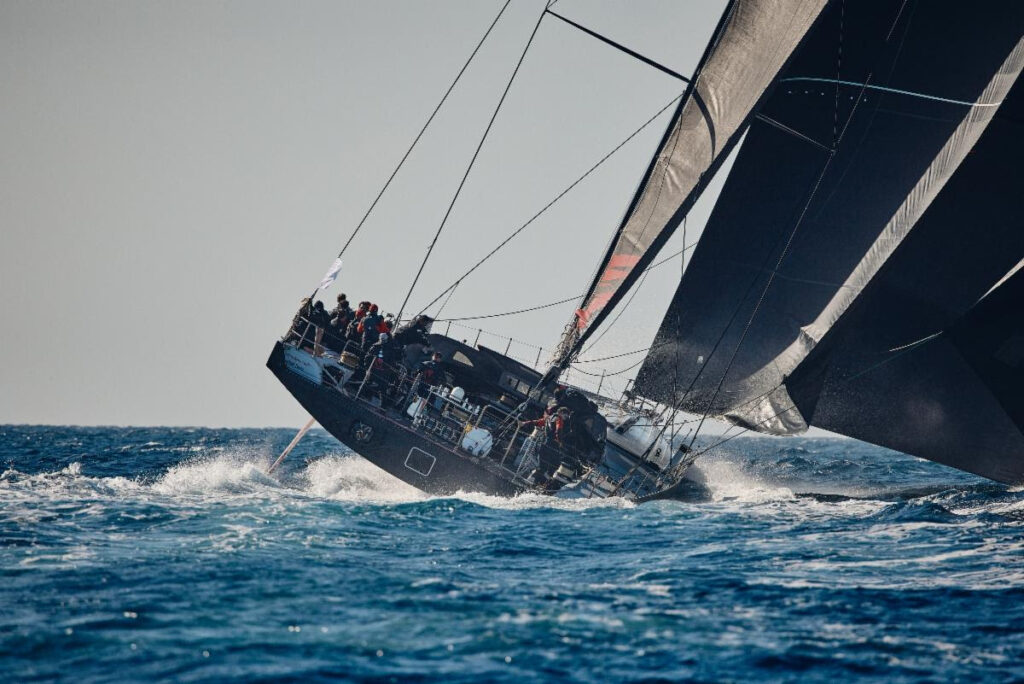 “15-20 knots of wind with a wave height of nearly one and a half metres made for a spectacular downwind start,” commented RORC Deputy Racing Manager Tim Thubron. “Both the MOCRA and combined IRC class starts were very competitive; it just shows how spirited this fleet is. The RORC Race team will be monitoring their progress throughout the race 24-7, and as with all of our Club’s events, we wish all our competitors a safe and enjoyable race.”

José Juan Calero, Managing Director of Calero Marinas commented: “It is fantastic to see the race start in perfect conditions. I speak for all of the team at Calero Marinas and all of the supporters of this race, to say we are so proud of how this race has developed. It is an amazing experience for all of the sailors. This is the eighth year we have hosted the start and I thank the RORC for putting their trust in Lanzarote to deliver. A big thank you to the International Maxi Association and the Yacht Club de France for supporting the race.” 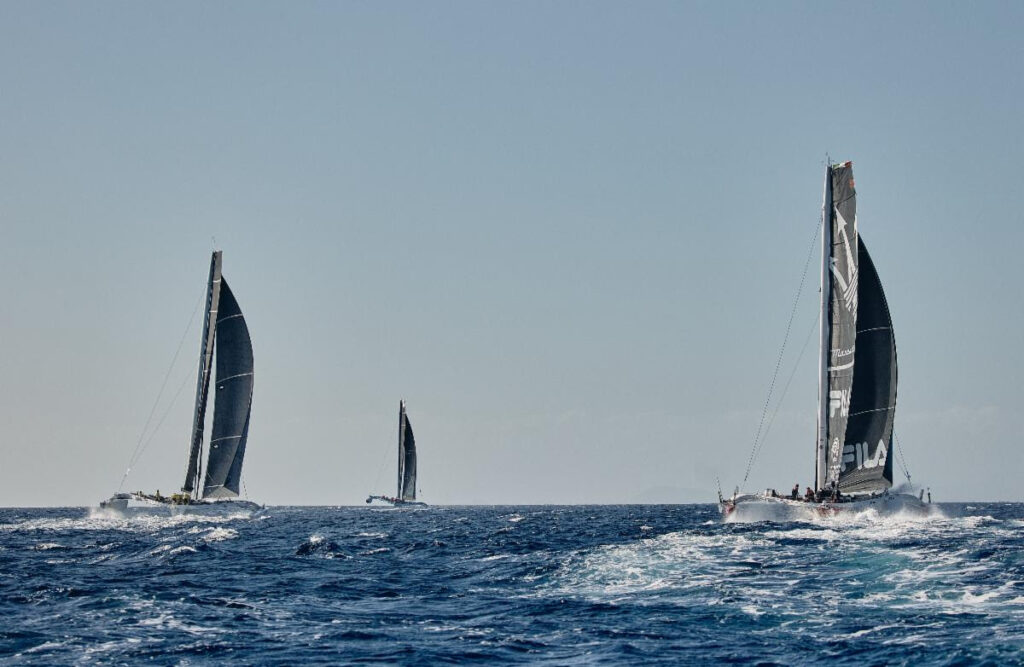 MOCRA
At speeds of over 30 knots the powerful multihulls in the MOCRA class were first away. Jason Carroll’s MOD70 Argo (USA) won the pin end with Giovanni Soldini’s Multi70 Maserati (ITA) first to cross the line to leeward. The Italian team was the first to gybe inshore and to the turning mark at Puerto Calero. However, Peter Cunningham’s MOD70 PowerPlay (CAY) ripped out in front hitting a speed of 33 knots. PowerPlay was first to clear the passage between Lanzarote and Fuerteventura. Argo and Maserati gybed south of the rhumb line, but PowerPlay continued to head to the north. Less than three hours into the race, the trio had travelled over 70 miles.

IRC SUPER ZERO
L4 Trifork got the best start of the big boat class, with Joern Larsen at the helm and Bouwe Bekking calling the shots. L4 Trifork started to leeward and got into clean air to hoist their massive spinnaker. L4 Trifork was originally the VO70 Ericsson 4 but now has DSS foils and a longer bowsprit – turbo charged would be an understatement. However, the 100ft canting keel Maxi Comanche, skippered by Mitch Booth also got away well, passing L4 Trifork to windward in a show of power. L4 Trifork gybed on their line and might have even got a tow in their quarter wave. It was an aggressive start by both teams. Three hours into the race Comanche leads by five miles. Behind the leaders on the water HYPR (NED), sailed by Jens Lindner, has taken a northerly position. The Polish National Foundation’s VO70 I Love Poland and The Austrian Ocean Racing’s VO65 Sisi are further to the south.

IRC ZERO
The super-fight between the offshore fifty-footers got off to a cracking start. Max Klink’s Botin 52 Caro (CH) nailed the pin end of the line like the team were starting an inshore race. David Collins Botin 52 Tala (GBR) was hardly shy of the line either. The Botin 56 Black Pearl (GER), helmed by Stefan Jentsch was also in the mix. Three hours into the race the trio were screeching along, three-abreast, at close to 20 knots of boat speed.

IRC ONE
Andrew Hall’s Lombard 46 Pata Negra (GBR) pulled away from the class at the start to lead on the water. Boat Captain Chris Jackson called in just after the start: ‘It’s great to get going and we are doing very nicely, touching 12 knots and it is great to be first on the water in our class.”

Ross Applebey’s Oyster 48 Scarlet Oyster (GBR) had a great tactical start, hugging the coast of Lanzarote to record a velocity made good of over 10 knots. Christopher Daniel’s J/122 Juno (GBR) is racing across the Atlantic for the first time and contacted the race team after the start: “Glamour conditions for the start! We managed to recover quickly from a blown fitting on the tack line and are now enjoying a VMG run downwind past the amazing Lanzarote coastline. Having passed the turning point off Puerto Calero we will make our way through The Canary Islands; next stop Grenada!”

Without doubt IRC One has the biggest variety of yachts in the RORC Transatlantic Race. Three classic yachts are racing under IRC, including Remy Gerin’s Faiaoahe (FRA) who is a larger-than-life character and racing his 65ft (19.8m) cutter-rigged sloop Two-Handed with Bernard Jeanne-Beylot. Racing a traditionally built boat with just two people requires all-round skill, but the pair are not short on humour either, besides an exercise bike below deck, Remy admits to having a huge quantity of broccoli on board. “I love it but my children don’t, so this is one of my big treats on board. I don’t get enough at home!” Laughed Remy.

Summing up the commitment by the Royal Ocean Racing Club to this race, RORC CEO Jeremy Wilton commented: “It takes a lot of resources from the whole RORC team and from our partners both here in Lanzarote and across the ocean in Grenada. The preparation before the start and the welcome at the finish are all part of a great experience for competitive teams racing 3,000 miles. Ocean racing is part of our name, it is in our DNA and the majority of our members around the world are ocean racers. The RORC is respected for managing racing and for our safety standards. To provide great offshore races is what we strive to deliver and these also become bucket-list events.”