Thad Lettsome and Samuel Allen have this month represented the BVI overseas at prestigious World Championships.

Day three was the best day for Lettsome when winds increased to range from 12-18 knots, much less variable and building through the day.  Using sound tactics and boat on boat strategy, he finished 7th in the first race of the day.  With stronger winds in the final race, Thad was able to overcome being on the wrong side of the first shift and pass 14 other boats on the final upwind leg to secure ninth to place him in the top five for the day.

Lettsome told us, “It has been a really difficult regatta for me, I am one of the larger sailors in the fleet and prefer to sail in the stronger breeze which we only saw on one day.  I am happy with how I worked on my tactics and starts and I know I can battle the top sailors but I still have plenty to work on.”

Competing in the Laser Radial, he faced 56 other sailors from around the world in this prestigious one-sailor per nation event.   It was a very challenging regatta with the wind strength under 10 knots for 7 of the 9 races leading to mixed fortunes and a high scoring regatta for all competitors.

This was Lettsome’s third time at the Championships, where he finished in 33rd place in 2017 in China and 14th in 2019 in the USA.

The Youth Sailing World Championships is the pinnacle event for youth sailors. Held annually since 1971, it is the event that highlights sailing’s future Olympic, America’s Cup and professional superstars in the sport.

Lettsome was also a part of the World Sailing Emerging Nations Program which includes a training clinic just prior to the regatta.  The RBVIYC thanks World Sailing for their continued and extremely valuable support for up and coming athletes.

PanAm Games
Next up, Lettsome will join the BVI’s track and field super-stars and travel to Peru as part of the BVI team competing at the Pan American Games.  Awarded a Universality Place, Lettsome will compete in the men’s one person dinghy event sailing a Laser against 21 sailors from across North America, South America, Central America and the Caribbean.  He is the first BVI sailor since the 1990s to compete at a PanAm Games which is also a qualifier for the Tokyo 2020 Olympic Games.

“I am eager and excited to get back into the Laser” said Lettsome. “It will be a very different regatta [to Poland] and I’ve got the opportunity to have a go at qualifying for one of the two remaining Olympic spots for North American sailors.”

Lettsome has the additional honour of being the BVI flag bearer at the Opening Ceremony. Racing will start on 3 August through to 10 August.

We look forward to following the coverage from Peru from Dean ‘The Sportsman’ Greenaway through daily reports and via radio broadcast on CBN 90.9FM.

Allen was assigned to the Emerald fleet after the six race qualifying series.  A further four races were completed after the final day’s racing was cancelled due to small craft weather warnings!  Antigua certainly delivered up some Caribbean treats with conditions ranging from champagne sailing to wet, wild and windy.  Unfortunately, Allen had to carry two letter scores from day two due to illness but remained committed to finish overall in 251st position.

The RBVIYC would like to thank team Trinidad and Tobago for their support throughout the regatta.

The Optimist class is the biggest international sailing class for youth sailors who may compete up to the age of 15.  It is a notable marker that many of sailing’s greatest stars began their sailing journey in the Optimist.

By the Royal BVI Yacht Club 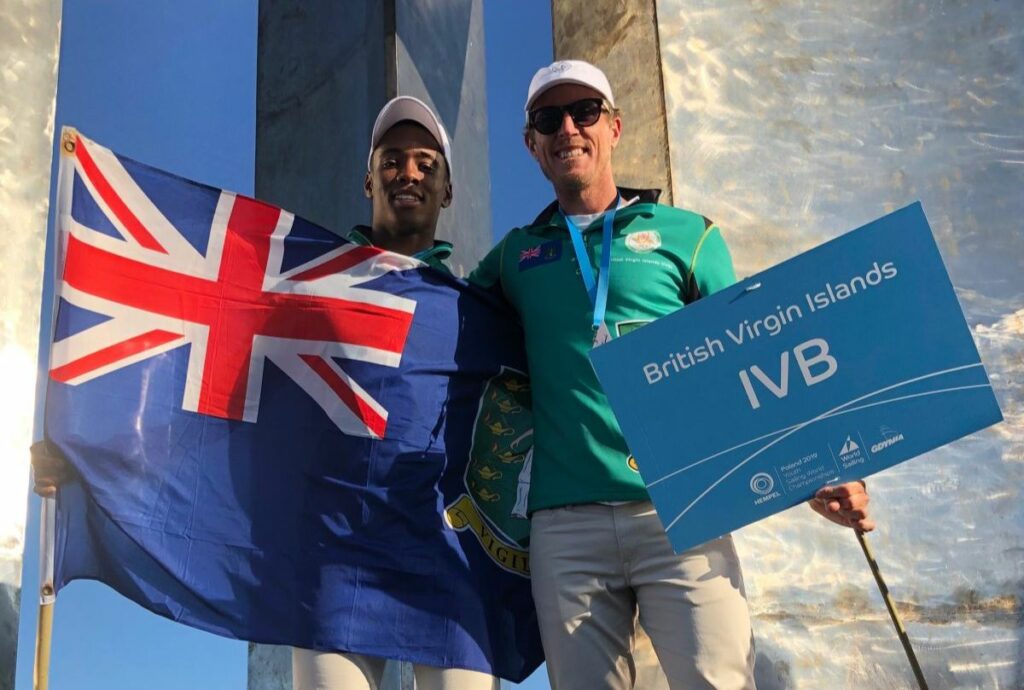