The Path to Bermuda

The third edition of the Antigua Bermuda Race organised by the Royal Bermuda Yacht Club in association with Antigua Sailing Week will start on Wednesday 8 May 1200 (AST). The 935 nautical-mile ocean race has attracted a diverse fleet of yachts from the 100ft carbon flyer SHK Scallywag, to the 1938 Classic Mariella – and just about everything in between. The common denominator is the need to sail north after the finish of the Caribbean season.

The Antigua Bermuda Race gives purpose to the need to go north, offering safety in numbers with satellite tracking and the added attraction of two fabulous parties in Nelson’s Dockyard Antigua and the Royal Bermuda Yacht Club. The rich diversity of the travels of the competing yachts is astounding.

The 100ft Supermaxi SHK Scallywag (HKG) is the hot favourite for Line Honours. Skippered by David Witt, the team will be representing the Royal Hong Kong Yacht Club and will sail on to Newport, Rhode Island, USA for the forthcoming Transatlantic Race 2019. Given the right conditions, SHK Scallywag is very capable of beating the race record set last year by Stephen Murray, Jr. (USA) Volvo 70 Warrior (2 days, 18 hours, 32 minutes and 48 seconds). 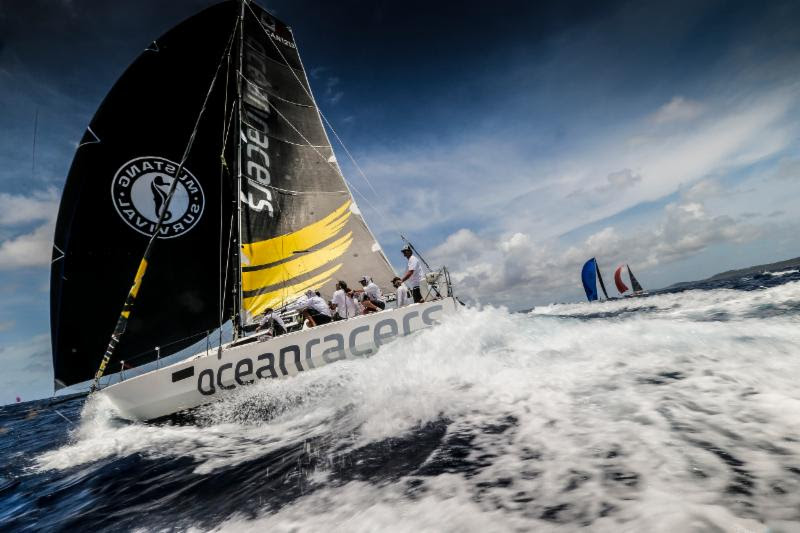 The Antigua Bermuda Race is part of the Atlantic Ocean Race Series. Three teams will pick up valuable points prior to the start of the Transatlantic Race 2019: SHK Scallywag, Pata Negra (GBR), and Hermes II (CAN).

Lombard 46 Pata Negra, skippered by Andy Lis, will be competing for the second year. Following last year’s race, owner Giles Redpath skippered the boat to an overall win in the Sevenstar Round Britain and Ireland Race.

Pogo 12.50 Hermes, co-skippered by Morgen Watson & Meg Reilly has competed in all previous editions of the Antigua Bermuda Race. They have been in the Caribbean since November, racing at numerous regattas. Between them, co-skippers Morgen Watson (CAN) and Meg Reilly (USA), have sailed 180,000 nautical miles offshore, including 19 Atlantic crossings! 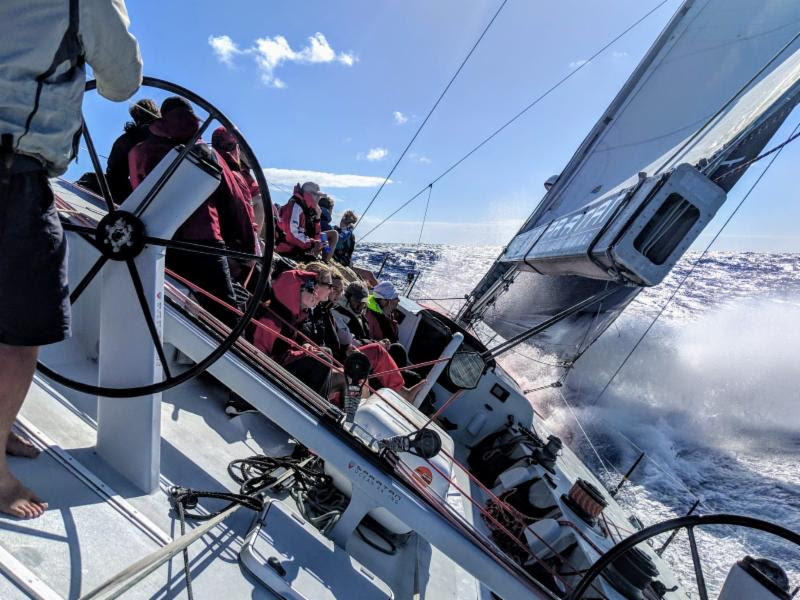 Exciting racing for all on board Spartan Ocean Racing’s Volvo 60 Challenger (Lunenburg, Nova Scotia), skippered by round the world yachtsman, Chris Stanmore-Major © Melodie 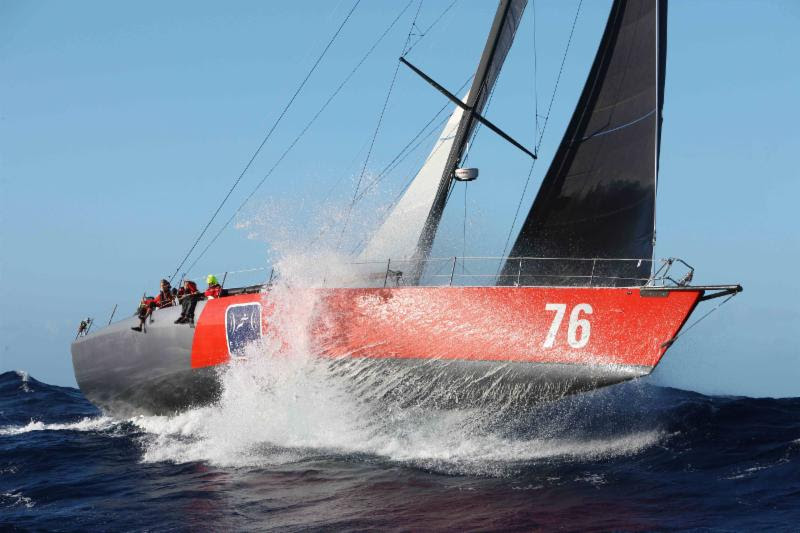 A close duel is expected between two Canadian Volvo 60s. Chris Stanmore-Major’s Challenger and Gilles Barbot’s Esprit de Corps IV are evenly matched for the friendly duel. Challenger has taken part in all previous editions of the race and Esprit de Corps IV returns after rescuing the crew from Monterey in the inaugural race. 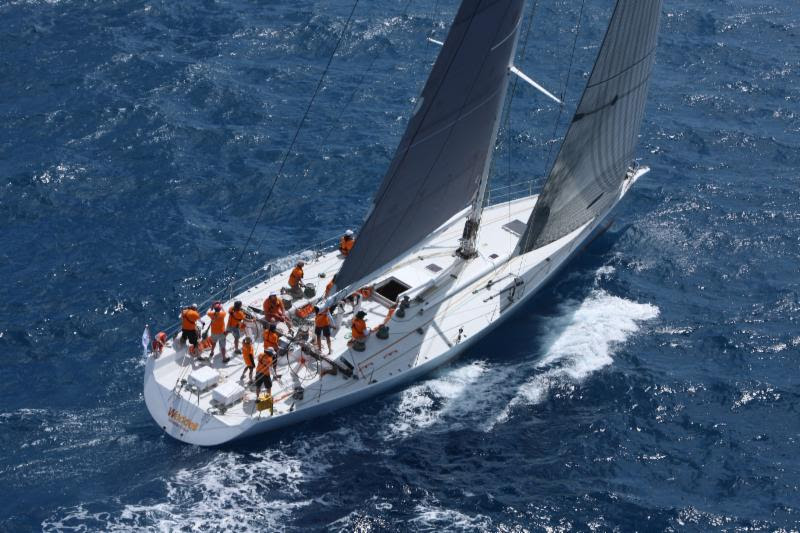 One of the most travelled is undoubtedly Afanasy Isaev’s Grand Mistral 80 Weddell (RUS). In the last 12 months, Weddell has sailed over 20,000 miles including, Tasmania to Argentina through the Southern Ocean, Argentina to Cape Town through the South Atlantic, and Cape Town to Antigua through the North Atlantic. Weddell will return to the UK after the Antigua Bermuda Race to compete in the Rolex Fastnet Race.

American entries in the Antigua Bermuda Race include Kevin McLaughlin’s x-55 Rye (USA) from Fairhaven, Mass. and Peter Grueterich’s xP-44 Xpatriate with his team from the Riverside Yacht Club, CT. Both teams will be returning to North America after the Caribbean season. 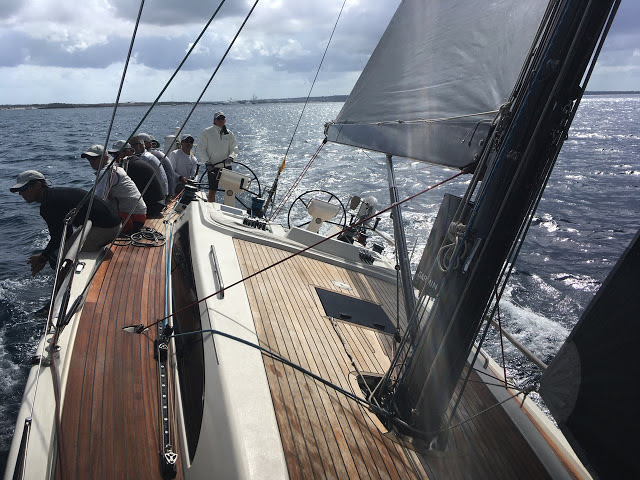 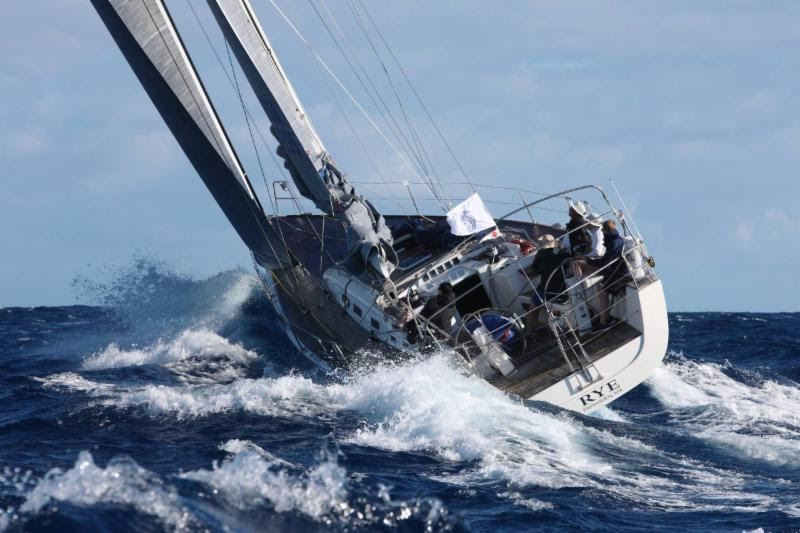 From Germany, Guido Wenzl & Florian Linse will co-skipper their Pogo 50 Maremossa. The crew of family and friends have been exploring the Caribbean for over a year but will be visiting Bermuda for the first time. Maremossa will sail on to Maine, USA for further adventures. Henry Rourke’s Open 40 Raucous, which was racing at Antigua Sailing Week, will be racing in the Double Handed Class. 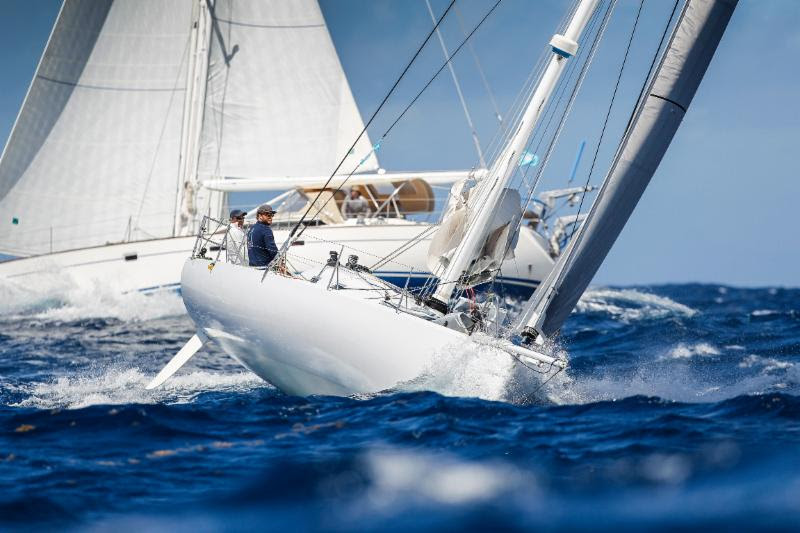 Henry Rourke will be competing double handed in his Open 40 Raucous © Paul Wyeth/pwpictures.com

Carlo Falcone’s 1938 79ft Alfred Mylne yawl Mariella is by far the oldest yacht taking part in the Antigua Bermuda Race. Carlo will lead a crew of Antiguans and Italians in the race and will then leave the beautiful classic to fly to Vancouver to meet his new grandson for the first time! Rocco Falcone, Carlo’s 20-year old son, will join the Mariella crew for a delivery to Tuscany for a classic yacht regatta in June.

The Antigua Bermuda Race is supported by the Bermuda Tourism Authority and Goslings Rum which guarantees a rousing send-off in Antigua. Following the Skippers’ Briefing, a Welcome Party for all participants will be held in the UNESCO World Heritage Site, Nelson’s Dockyard on Tuesday 7 May. 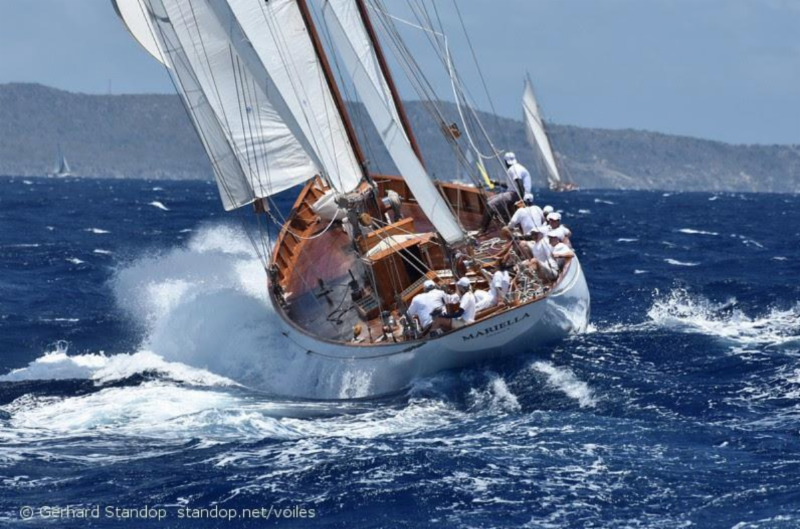 For more information on the Antigua Bermuda Race please go to: https://antiguabermuda.com/