Twenty-three competitors competed in a challenging first day of the Hoedemaker Series.

The first day of the Sint Maarten Yacht Club’s Hoedemaker Series, which is part of the Grant Thornton Dinghy Season Championship, was a challenging day for all twenty-three competitors due to its very windy and shifty conditions.

The Race Committee was able to start 4 races in the lagoon, next to the Causeway Bridge. The SMYC was happy to see both the Club de Voile de Friar’s Bay and the St Barths Yacht Club joining the racing.

It was the first time the brand-new RS Zests sailing boats were raced in a dinghy regatta. Melina de Vries and Veronica Destin battled through the windy conditions in this new fleet with Veronica taking the win after they ended up in a tie. They both won 2 races but as Destin won the last race of the day, she ended up in first position. 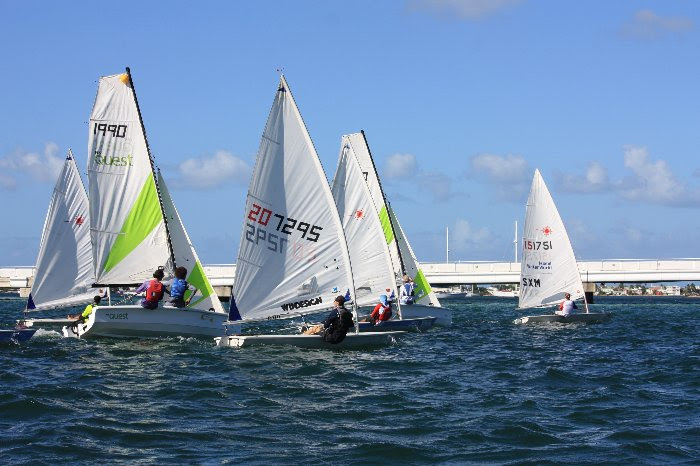 Antonin and his crew from the St. Barths Yacht Club took the win in the RS Quest class. Robbie Ferron and crew gave him stiff competition, but after his team had to retire from the last race, Antonin and crew took the win of the day.

10 competitors sailed in the popular Optimist class. Emilien le Normand from the Club de Voile de Friar’s Bay came in third with 15 points. Marvin Febrissy came in second with 10 points and the win of the day, with only 6 points, went to Lolie Osswold from the St. Barths Yacht Club.

Race Coach of the Sint Maarten Yacht Club Sam Peeks was proud to see Jaali Galvani from the Sint Maarten Yacht Club sail his first race in the Optimist. “Jaali only started sailing in September 2021 and started showing an interest in racing recently. These were some seriously challenging conditions, so it was great to see him finish all four races”. 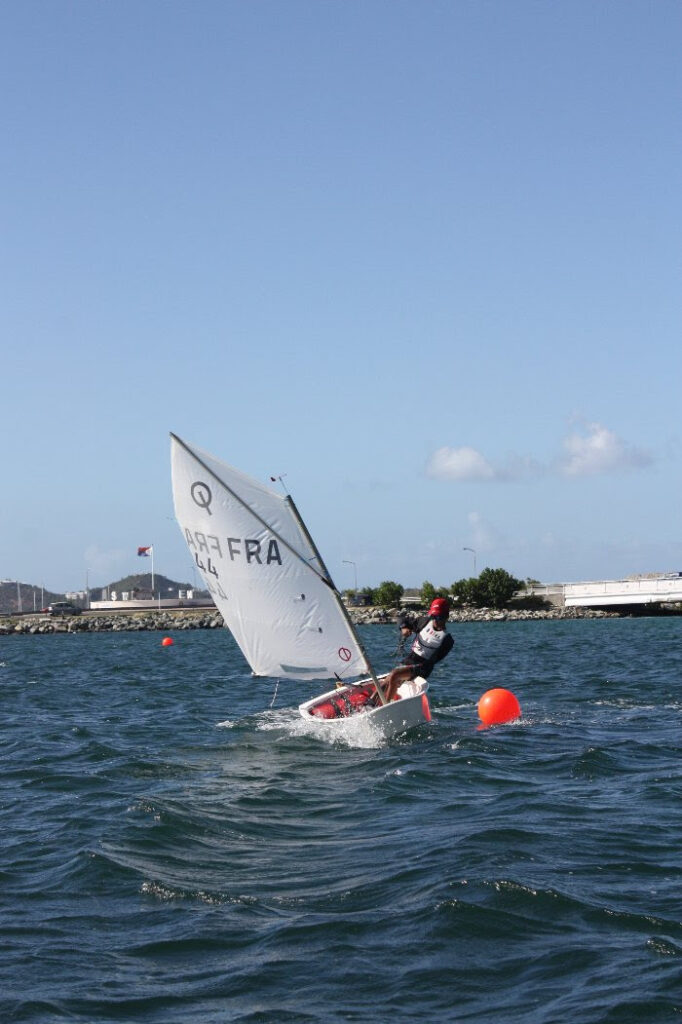 “We would like to thank all participants for joining the race day, and of course all the volunteers such as the Race Committee, the mark layer, the photographer and safety boat drivers, as without them there would not have been a race day”. It’s great to see how much effort and energy they put into the club”. Continued Sam Peeks.

The second day of the Hoedemaker Series will take place on January 22nd.

Results can be found online, as well as photos.