Update on GSW: Wrap Up at Le Phare Bleu

Island Water World Grenada Sailing Week, the Petite Calivigny Yacht Club edition, came to a final climax with the third and final race. The Carriacou to Grenada Race pitched the fleet into the Atlantic Ocean for a race to Le Phare Bleu Marina sponsored by Mount Gay Rum for a glittering prize giving. The international fleet said adieu to Carriacou and headed for the West Coast of Grenada for a taste of the big broad Atlantic. With three metre seas and full trade winds it was a rollercoaster 30-mile broad reach to the northern tip of Grenada. After passing the outlying Ronde Island, surrounded by many other islands including Diamond Island, Caille Island, and Les Tantes. The boats sailed along the reefs in sight of the rainforest interior of North Grenada before finishing at the picturesque marina of Le Phare Bleu, located next to the exclusive resort of Calivigny Island.

In the Classic Class, Mathew Barker’s 1930 Alfred Mylne Sloop The Blue Peter was second by just ten seconds on corrected time to race winner Free Spirit, the Carriacou Sloop was captained by the boat’s builder Cal Enoe. Third for the regatta and the final race was the 1899 bermudan yawl Galatea (USA) sailed by Judd Tinius.

Robbie Yearwood’s J/24 Diehard scored a hattrick of wins for the regatta to win the J/24 Class. It was wet and wild on board Diehard as the screeched on a broad reach in big seas with their spinnaker flying for most of the race. Gus Reader’s Fadeaway was runner-up and Peter Armstrong’s Shakin third with Mark Solomon’s Frigate completing the J/24 scoreboard. 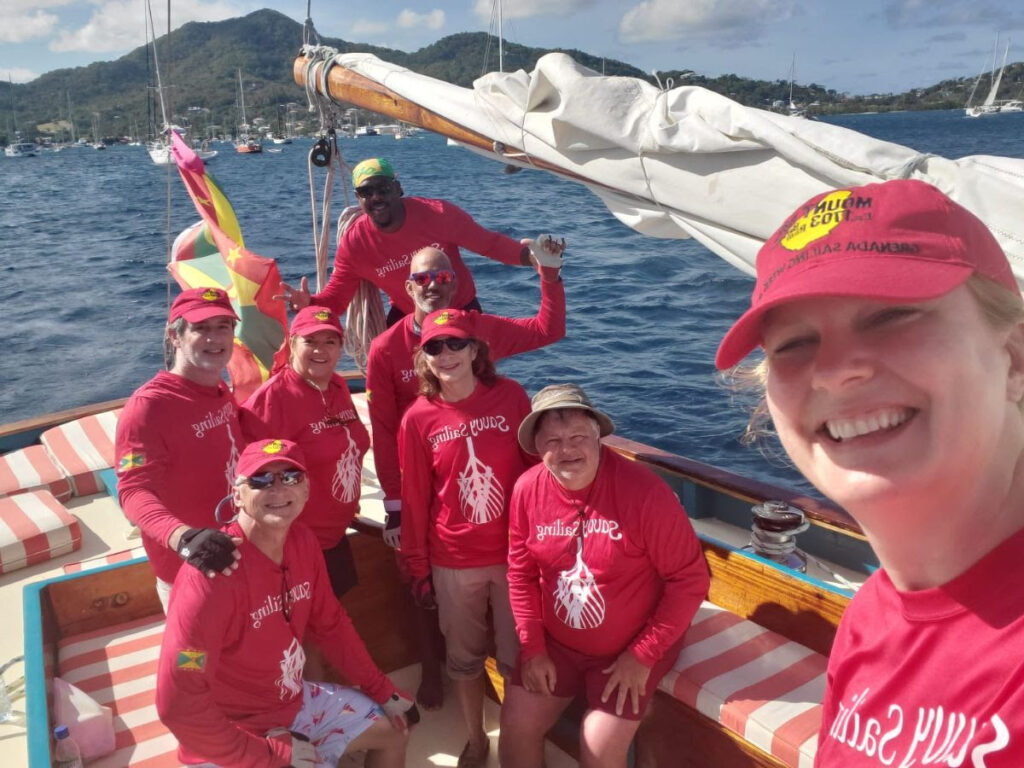 Your privileged race reporter joined Carriacou Sloop Savvy for the white-knuckle ride in the Atlantic. Skippered by Danny Donelan with another Grenadian Sam as first mate, the crew are all Cajun coming from the USA State of Louisiana. Nicki McGlone-Santistevan was joined by her brother Eric and his wife Deborah and long-time friends Kristina Boudreaux and her husband Lucius.

“Nicki and the crew have been sailing on Savvy for many years,” smiled Danny Donelan. “When covid cancelled last year’s regatta. Nicki booked for 2022 and paid me a year in advance – man that really got me out of a hole.”

Savvy was built on the beach in Petite Martinique off Carriacou. The 43-foot gaff-rigged sloop continues the tradition of hundreds of years of boat building in Grenada. The spirit of Carriacou Sloops live on today as pleasure and racing boats but the origins of the boats was for cargo and services between the islands.

“Carriacou Sloops piled their trade bring produce to and from the islands, even bringing pregnant women to midwives. Hundreds of babies have been born on board sloops, which is probably why Grenadians love the sea!” laughed Danny. 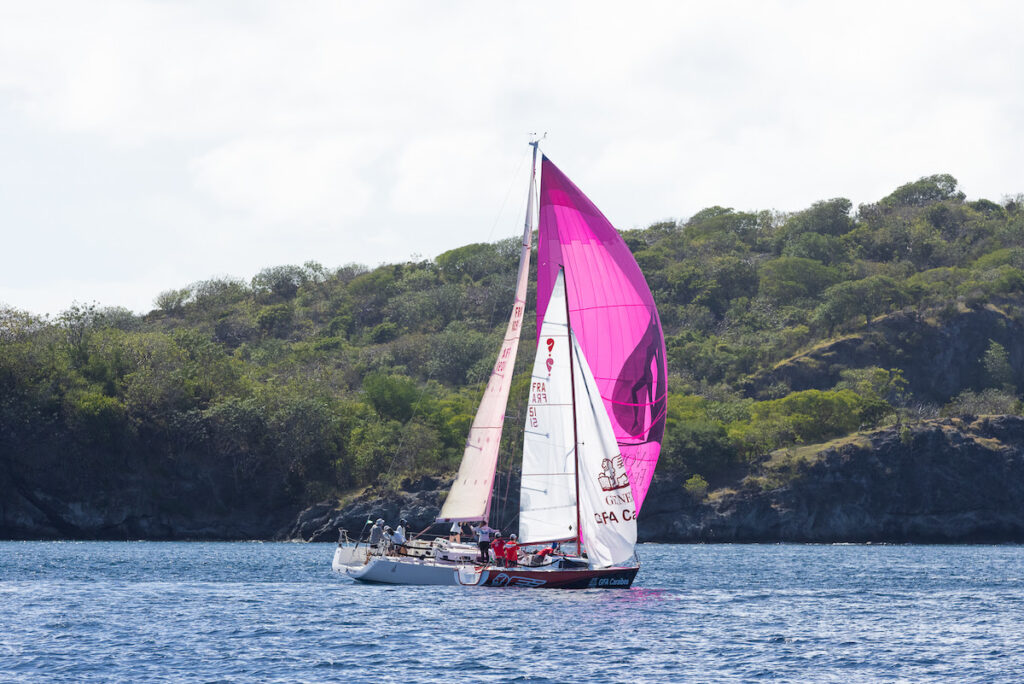 The Prize Giving at Le Phare Blue Resort was held on the lawn of the exclusive seaside resort with Mount Gay Rum providing refreshments as the grills were fired up for the final sumptuous barbeque of the regatta.Grenada Sailing Week is back, make sure you book for next year! 29 January – 3 February, 2023. Stay tuned to the regatta with stunning pictures and stories from the sailors.www.grenadasailingweek.com