St. Thomas, U.S. Virgin Islands. Fourteen-year-old Tanner Krygsveld focused on maintaining his lead as he started the third and final day of racing in the 28th International Optimist Regatta (IOR), hosted at St. Thomas Yacht Club (STYC), June 18 to 20. The St. Thomas, U.S. Virgin Islands sailor led the event from the first day, and despite a strong field of fellow competitors representing 6 nations – Antigua, Canada, the Cayman Islands, Puerto Rico, U.S.A, and all three U.S. Virgin Islands – and winds 15- to 18-knots, Krygsveld finished the day’s first race in second and ultimately won the 10-race regatta by 16 points. This makes Krygsveld the third U.S. Virgin Islander in the IOR’s nearly three-decade history to champion the event, with Cy Thompson, Teddy Nicolosi and Mia Nicolosi having done so in 2000, 2015 and 2016, respectively. 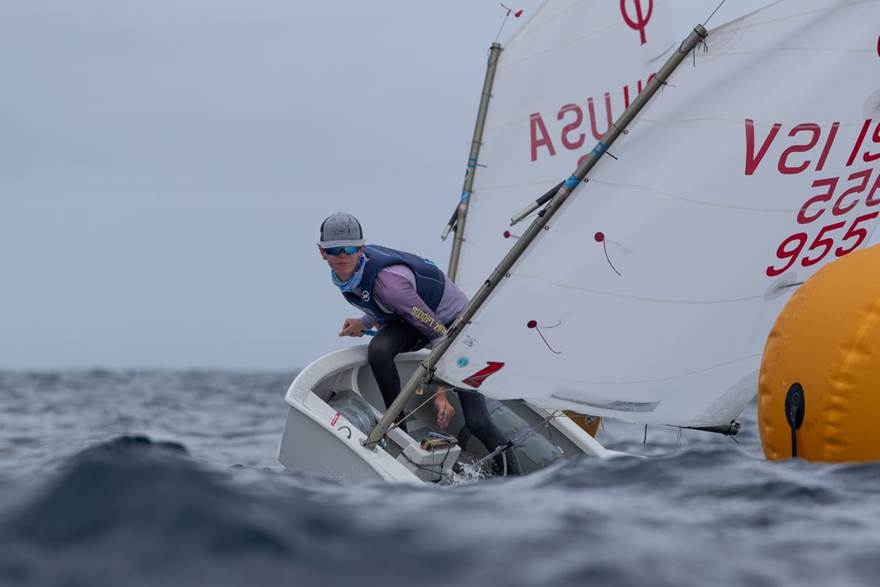 “Congratulations to the winning skipper of this year’s International Optimist Regatta. These young sailors are the future of the sport, and I am proud to celebrate and support their accomplishments. I also commend the St. Thomas Yacht Club for another seamless sailing event and for ensuring that public health protocols were followed. We look forward to welcoming participants and visitors to the Regattas and marine events for the remainder of the year,” says Commissioner of Tourism Joseph Boschulte.

Krygsveld’s first place also put him at the top of the 13- to 15-year-old Red Fleet.

“The thought I had going into today was to maintain my lead. There were two races left, so I thought if I could lead the first one, I could relax on the second and that’s what happened. I actually finished 19th in the last race after I fouled another sailor at the start and to take a 720-penalty turn,” says Krygsveld, who travels to Lake Garda, Italy, with his fellow USVI Optimist teammates to compete in the Optimist World Championships, June 30-July 10.

Of note is that Krygsveld is the only sailor in this event’s history to win the IOR, the TOTE Team Race, and the Volvo Race held after the TOTE Clinic held earlier in the week.

“I try not to think I’m sailing against the boys, but that they are just other competitors. It’s getting past that and sail fast,” says De Leon Urban.

“This was the second time I’ve sailed in St. Thomas. That experience helped me to know the conditions and what to do in the waves, winds and currents,” says Lanseros.

Rounding out the Championship Fleet, 10-year-old William Michael from Austin, TX, who sails with the Lakewood Yacht Club, topped the age 10- and under White Fleet.

“I’ve experienced this much wind before, but not this big of waves,” says Michael, speaking of the 4- to 6-foot seas off the south side of St. Thomas where racing took place. “In the Clinic, I learned to hold my spot on the line in a lot of wind, and that helped during the regatta.”

Meanwhile, it was 12-year-old Juan Gonzalez, from Salinas, PR, sailing for Club Nautico de San Juan, who won the Beginner Green Fleet after a total of 18 races.

“It was very windy, and the winds variated a lot. I liked it. My goal was to start between the middle and the pin end of the line because that’s where there was the most wind,” says Gonzalez.

In other awards, it was Florida’s Isabel Veiga, from Lauderdale Yacht Club, who earned the Pete Ives Award, given for a combination of sailing prowess, sportsmanship, determination and good attitude both on and off the water. Connecticut’s Avery Beck, from Indian Harbor Yacht Club, earned the Chuck Fuller Sportsmanship Award.

A WEEK OF SAILING

The 7- to 14-year-old sailors started the week by training in the three-day TOTE Clinic held June 14 to 16. 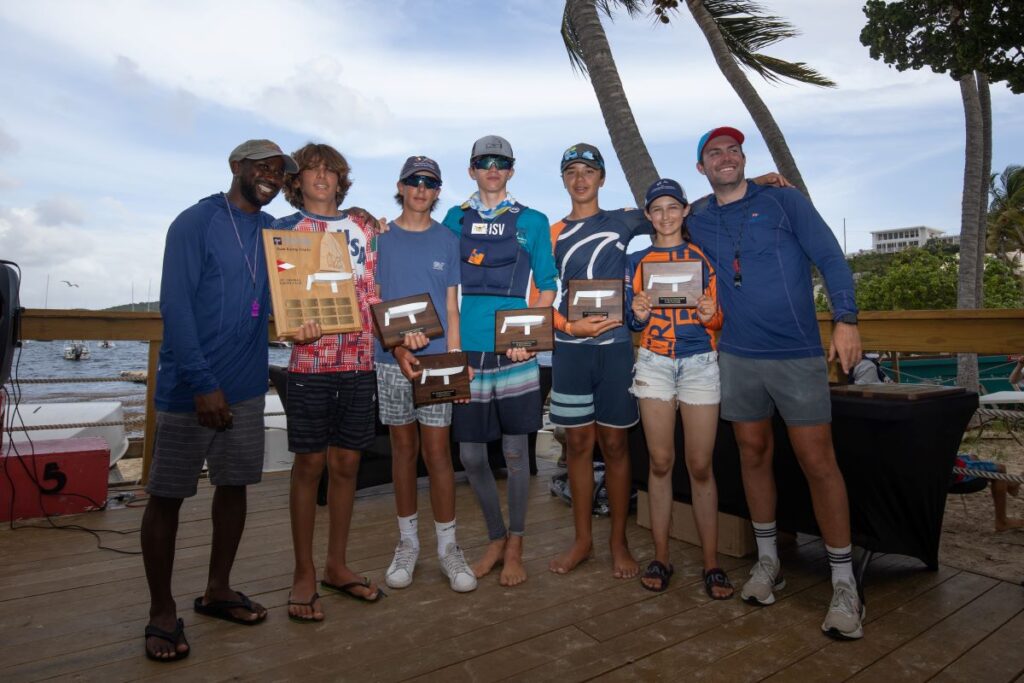 This year’s event followed an eco-friendly theme. Sailors were encouraged to recycle all plastic water bottles, use the reusable water bottle in the goodie bag throughout the regatta, keep all lunch bags and wrapping out of the water, pick up any trash on shore and accept drinks without straws.

The IOR is sponsored by the U.S. Virgin Islands Department of Tourism, TOTE Maritime, K3 and MSI.

Results are available at: www.regattanetwork.com/event/21742