After four days of exciting racing and fabulous parties the 9th edition of the Superyacht Challenge Antigua came to a conclusion on Sunday 3rd February. The 2020 Notice of Race for the 10th edition was announced with the 2020 edition moving to a new date 11-15 March. “The change in date is better for all sorts of reasons including the fact that in late January accommodation in English Harbour is very much in demand. Next year the regatta will be held just before St. Barths Bucket, when many superyachts are already in race mode, and they can come and have a regatta with us before the bucket.” commented Paul Deeth. “The format of racing and parties will be the same but we also have a provision to include a Round Antigua Race, should conditions permit.” 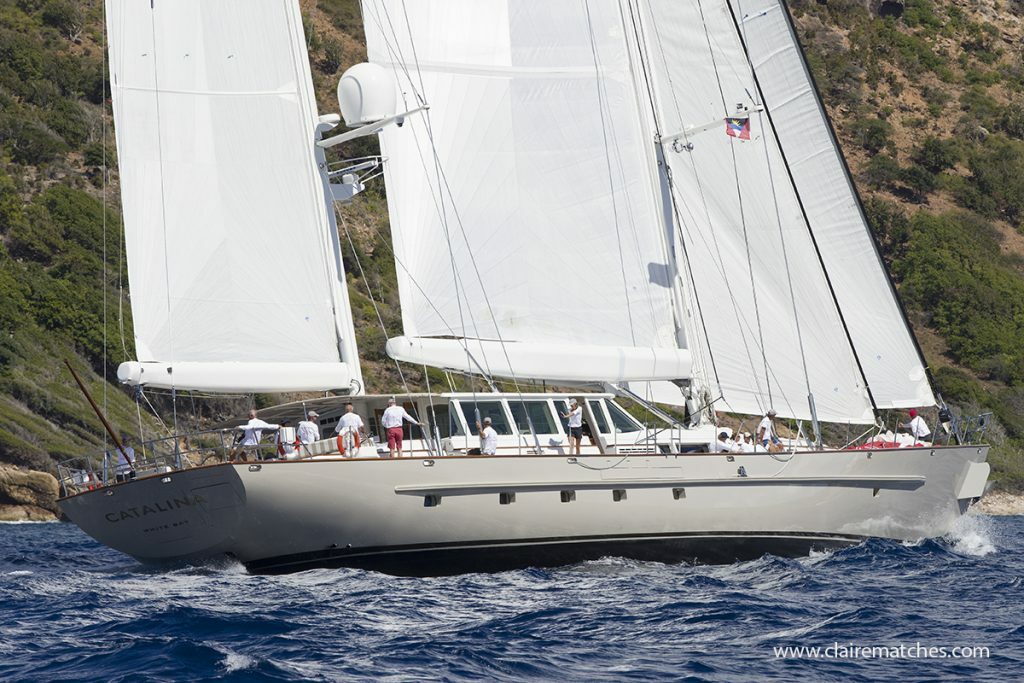 The fourth and final race for the 2019 Superyacht Challenge Antigua was held in a light to moderate breeze with flat seas. Principal Race Officer John Coveney selected a shorter course of approximately 18nm for both classes. The final race produced more thrilling action, especially at the start. The 112ft (34m) sloop Spiip was just 3 seconds shy of the starting gun, the 140ft (42m) Frers ketch Rebecca was 2 seconds from the line but the 148ft (45m) Dubois ketch Catalina topped them all, starting just one second before the gun. 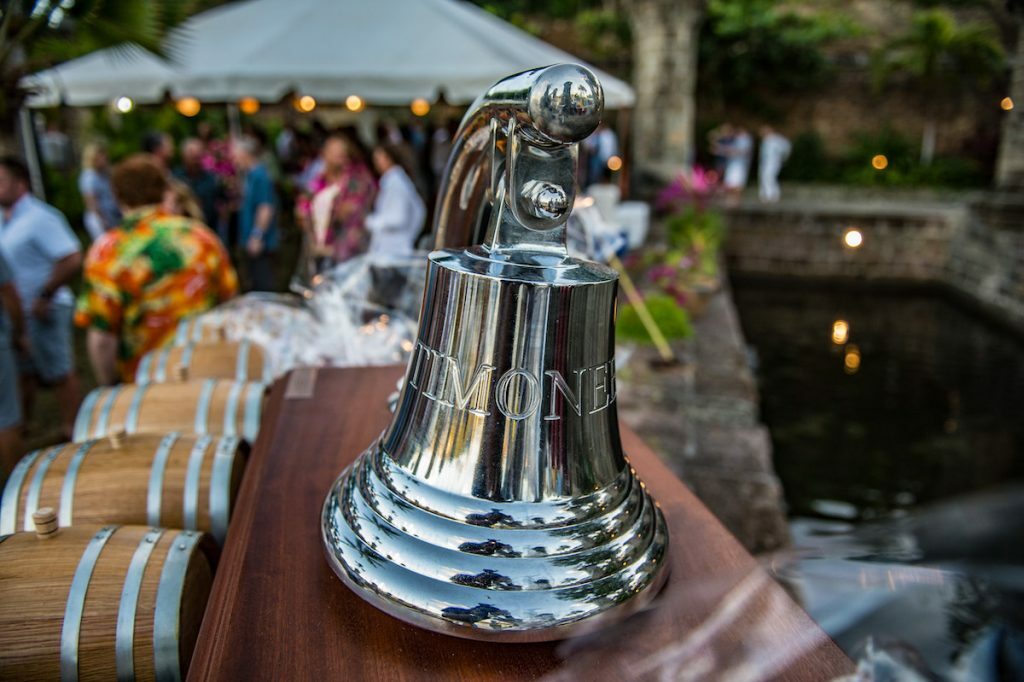 Owners, crew, and guests attended the Prize Giving Party at the Admiral’s Inn in Nelson’s Dockyard for the announcement of special prizes and this year’s winner of the Gosnell Trophy. Eight barrels of rum, suitably filled, were awarded much to the delight of the party. 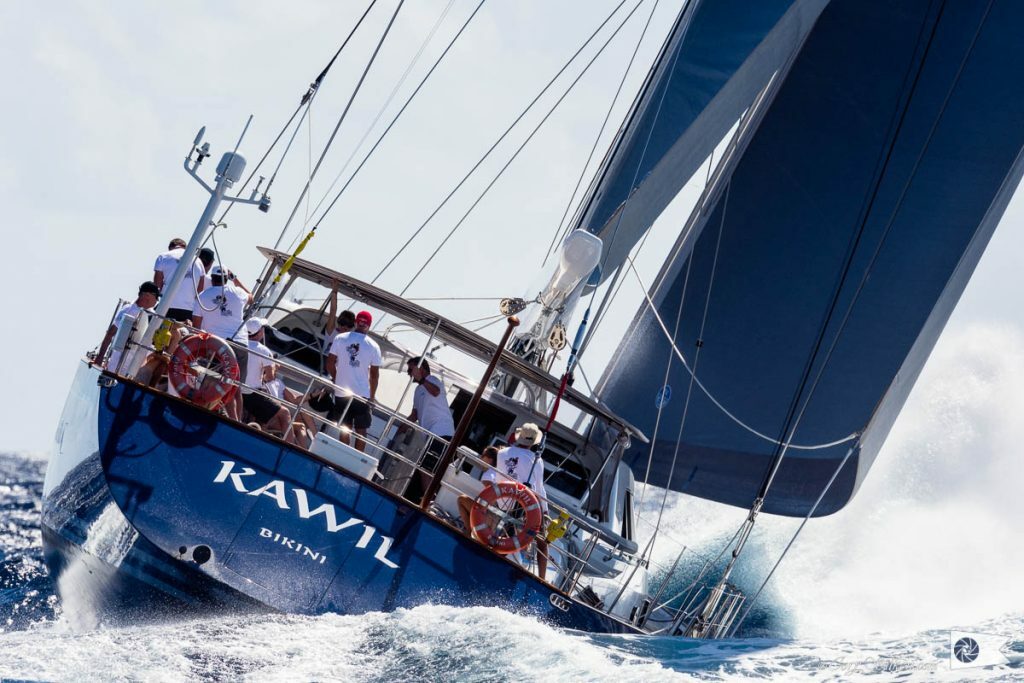 The 112ft (34m) Sparkman & Stephens sloop Kawil, scored a perfect four bullets to win the Buccaneers Class. Kawil was the best starter of the entire fleet over the four races and also picked up a barrel of rum as winners of the best theme for the Cook Off. The crew of Kawil received their prizes resplendent in bright pink Caribbean shirts and also won the loud shirt prize from the Caribbean night. 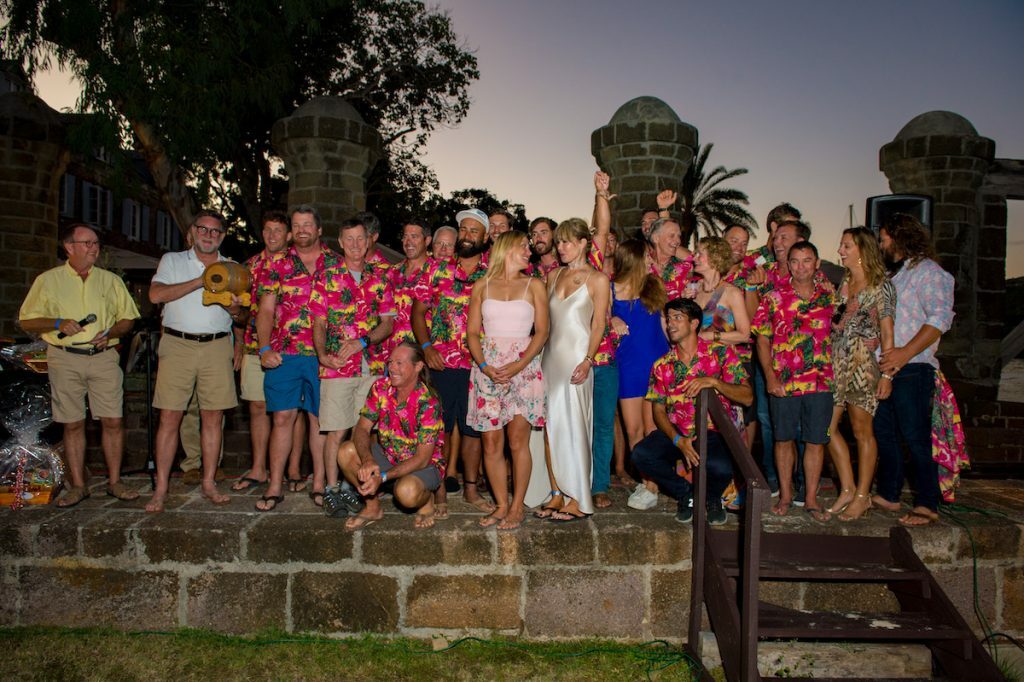 “This has been another fabulous event and a lot of fun,” commented Spook from Kawil. “We are getting ready for a great adventure with Kawil but we will be back for sure absolutely. I love the island, love the regatta, it has been a super time.”

Catalina was runner up in the Buccaneers Class and was also the winner of a new Spirit of Tradition Trophy, donated by Rebecca and Pendennis Shipyard. John McMonigall’s Oyster 82 Zig Zag, competing in their fifth regatta was third. 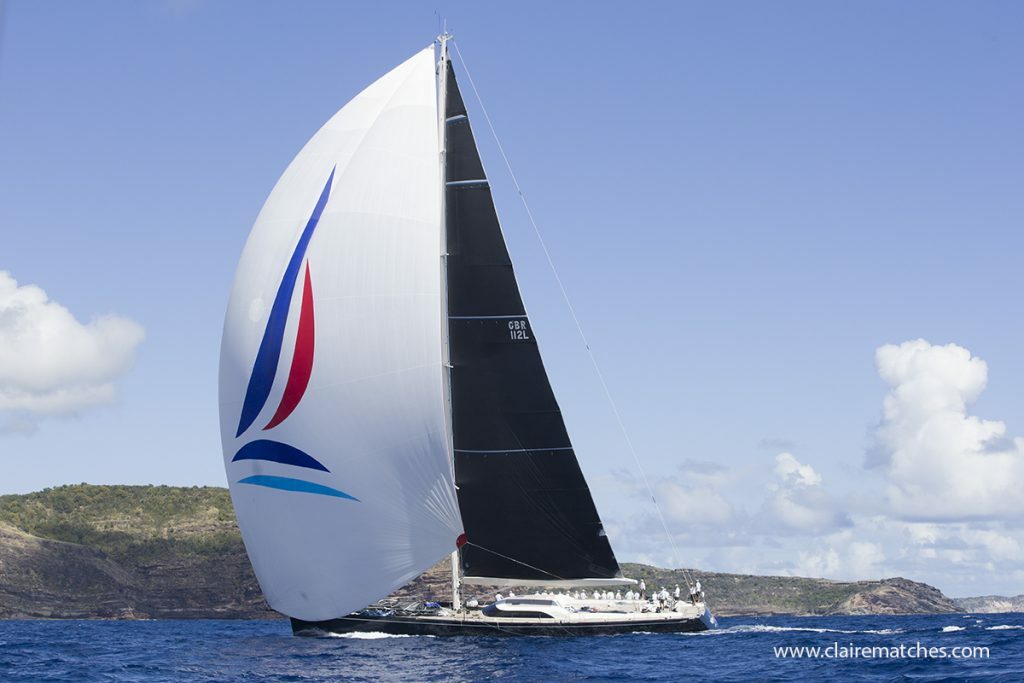 The 112ft (34m) sloop Nilaya, with Filip Balcaen at the helm won the last race to win the Corsairs Class. Rebecca was second just a point ahead of Spiip. 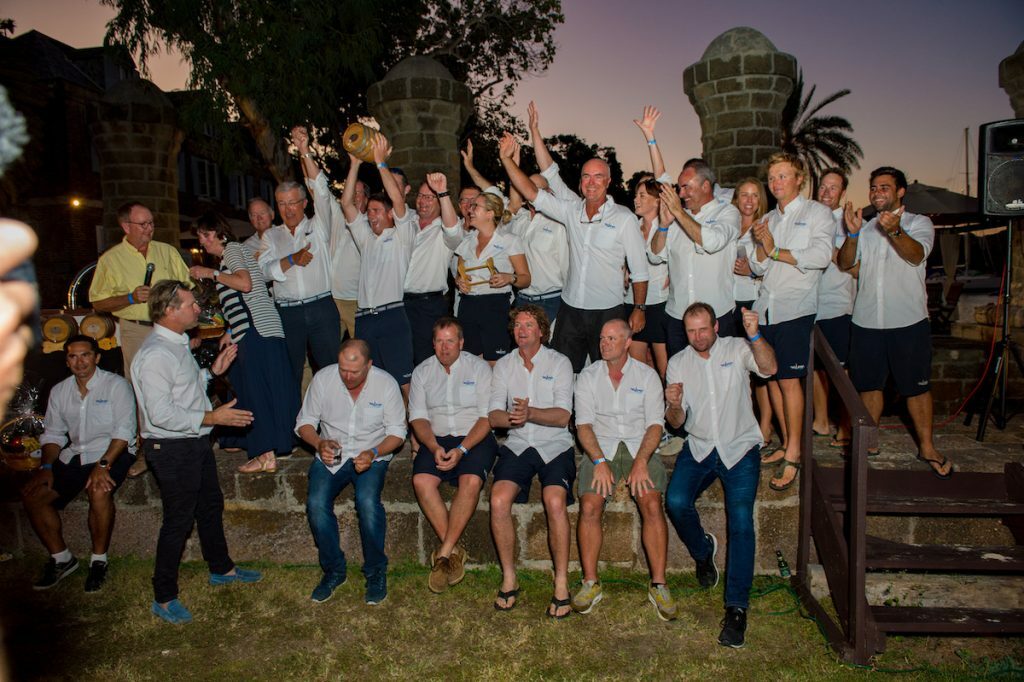 “Antigua is great for sailing,” commented Nilaya’s Bouwe Bekking. “This is a really good kick-off regatta. The sailing is important but the fun also helps put your team together, which is good for the owners and the crew because we have a good time, and that is what it is all about. Speaking to my owner he is really keen to do a Round Antigua Race, even if it is not part of the regatta. It would be nice to have a Superyacht Trophy and have a go at the record. Nilaya has sailed around the island at record pace but that was unofficial.” 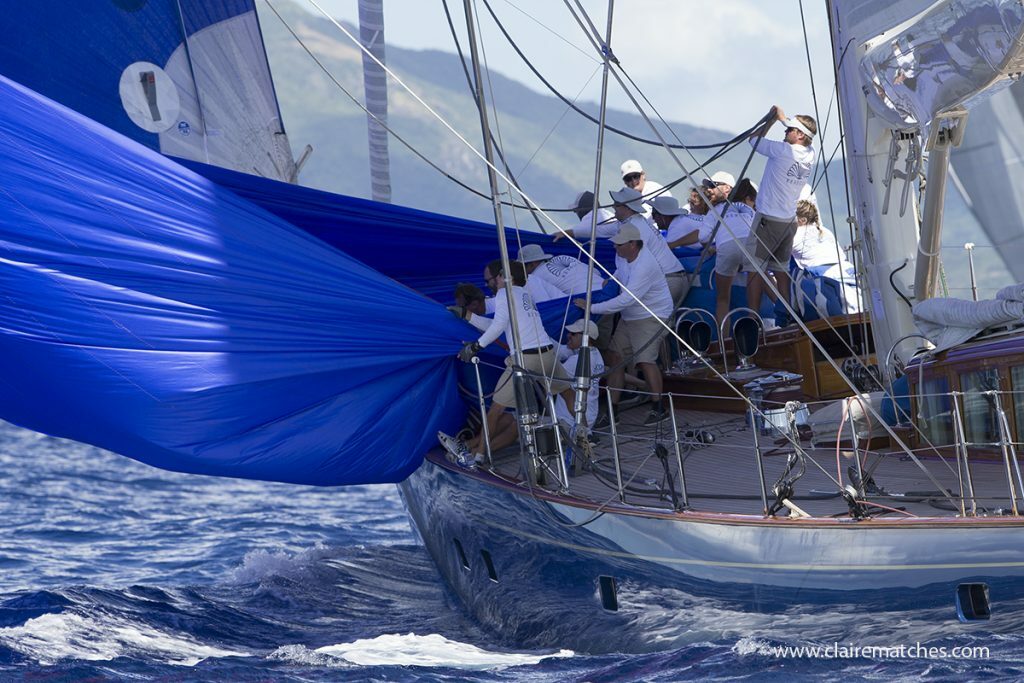 The Gosnell Trophy is the main prize of the Superyacht Challenge Antigua, each boat and the race committee have one vote each for the yacht that has competed in the Spirit of the Regatta, both afloat and ashore. The loudest cheer of the night was reserved for Rebecca, winning the Gosnell Trophy for the first time since competing in the regatta since 2012. 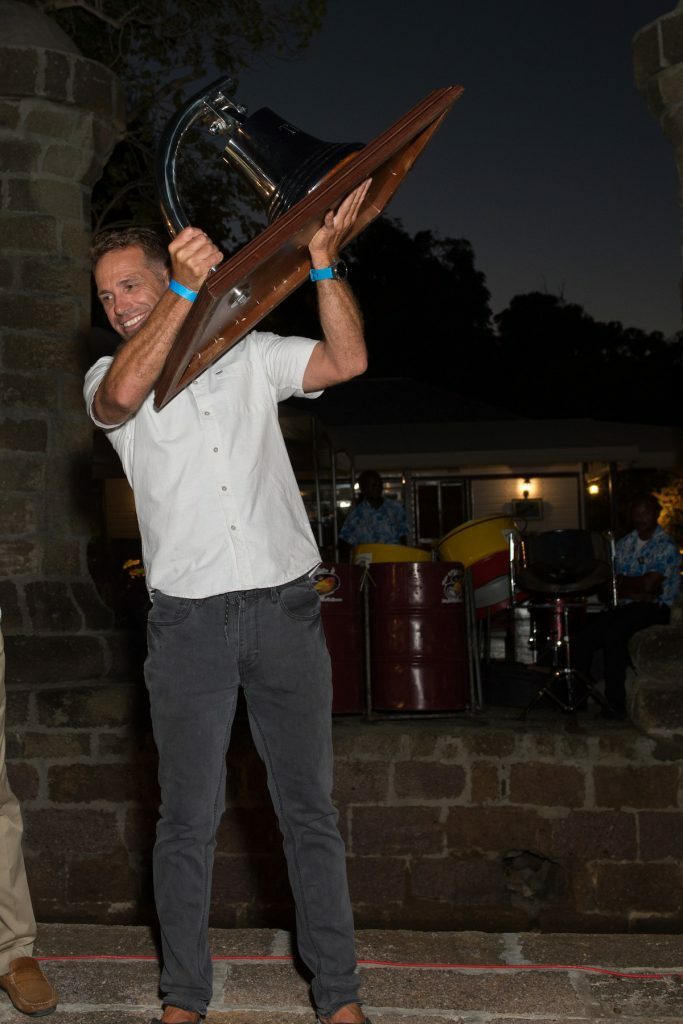 “When your competitors put you up there that means a lot to Rebecca,” commented Darryl Starr. “It is an awesome reward when the boats pay you that respect. Over the years we have done so many regattas and you have moments when you are working all night to get the boat racing in the morning. The Rebecca crew don’t just drop things off at boat builders or sailmakers, they put their hands up and stay and help. It is not just a team game on the water, the team effort off the water is just as important.”

The tenth anniversary of the Superyacht Challenge Antigua will take place at the new date of 11-15 March, 2020. The regatta will continue with a limited entry of 12-15 yachts depending on the type of vessels. This decision was made to ensure that the magnificent amenities available at Nelson’s Dockyard would comfortably host the event. For more information contact the Superyacht Challenge Antigua.