Caribbean Sailing Week: thrills and spills on the water, discussions in the conference room.

The first day of Caribbean Sailing Week at Antigua Yacht Club wrapped up on two fronts this afternoon 18 October 2019: namely a productive day in the conference room, with a range of discussions taking place, and just yards away on the waters of Falmouth Harbour, some lively racing action during the opening day of the Caribbean Dinghy Championships’ (CDC) first five races.

CSA President Alison Sly-Adams opened the Caribbean Sailing Association (CSA) Conference in English Harbour Antigua today, welcoming a host of guest delegates from regattas and organisations from across the Caribbean. “We are doing some great work together”, she said “and our regattas and events are going to get even better.” 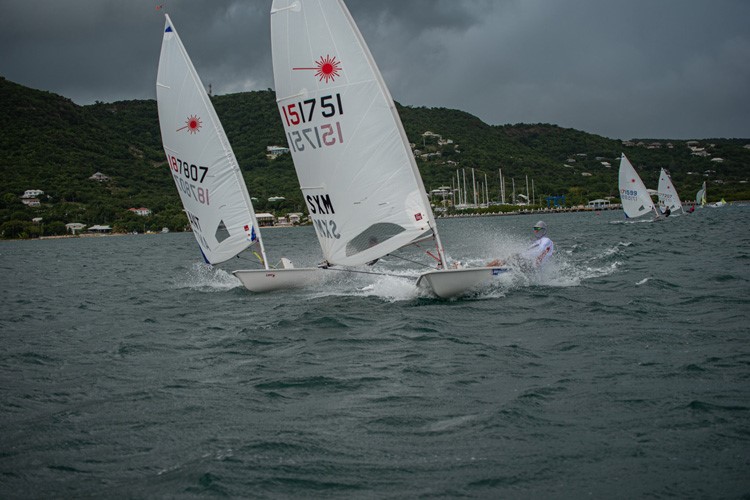 A morning of discussions today ‘in the classroom’ included a range of reports submitted by CSA committee members, stimulating discussions on marketing, the Caribbean race calendar, and sailing development among other more administrative issues. This was followed by an afternoon session led by Tim Cross, who is spearheading the sailing development element of the CSA Conference. Together the delegates are highlighting a number of important factors for consideration in growing Caribbean regattas, and increasing participation in them and strengthening the resources of people in the region that can support these aims. With the help of an interactive workshop as well as frank discussions around the table a number of challenges were raised. On the table are discussions regarding encouraging a greater number of women into racing, and developing a pathway that can get more sailors to events including the retention of youngsters though to continuing sailing. Other factors including enjoyment, good marketing and easier accessibility ae also mooted.

Jaime Torres sums up the day’s discussions: “It’s been a common concern of the MNA (Member Nation Authorities) representatives here that while governments look to setting sailing goals as a road to Olympic medals, MNAs must take a broader view. The discussion is about how to get our kids and first-time sailors not just to Olympic level but into careers, long term sailing programmes and other areas that can pave the way to sustained and growing activity.” 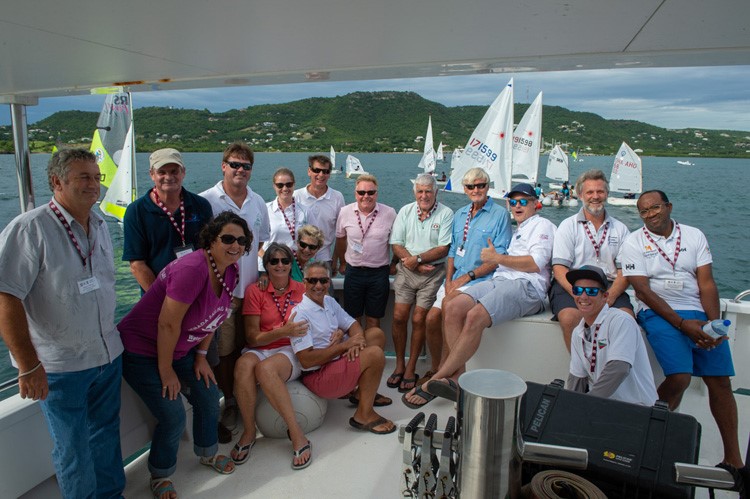 The agenda will continue tomorrow, examining regatta organisation, training and sustainability in the Caribbean region.

While the conference was underway, several dozen young sailors around the Caribbean region were competing in the first Caribbean Dinghy Championships. Five races were held in the harbour in near perfect conditions save for a couple of rain squalls. The Caribbean’s hot young sailors were testing their mettle in four classes, the Optimist, Laser and Laser Radial, and the RS Feva. Separate reports and results will be available on www.caribbeansailingweek.com.

The CSA are grateful to their sponsors Sailors for the Sea, Kingfisher Yacht Ropes and Sea Hawk for supporting the event. The conference will wrap up on Sunday 20 October.