Since the first edition of the Superyacht Challenge Antigua, 33 magnificent superyachts have taken part in the regatta. However in the past nine editions, the historic J Class has not featured … that is about to change. Five J Class yachts have expressed their interest to race in the 10th anniversary edition of the Superyacht Challenge Antigua, 11-15 March, 2020.

The J Class has its roots in the oldest sporting race in the world, The America’s Cup. In 1851, the Royal Yacht Squadron, Cowes, allowed the first overseas yacht to enter the annual 100 Guinea Cup race, and it was won by John Cox Stevens schooner America. On his return to New York, John Cox Stevens donated the trophy to the New York Yacht Club and founded the America’s Cup. The NYYC successfully defended the trophy twenty-four times in a row, before being defeated in 1983 by the Royal Perth Yacht Club, represented by the yacht Australia II. The NYYC’s reign was the longest winning streak (in terms of date) in the history of all sports.

The majestic J Class have enjoyed a renaissance since the turn of the century with the establishment of the J Class Association in 2000. Class Rules were established for the construction of Replica Rebuilds from original plans. Of the five J Class yachts expected to compete at the 2020 Superyacht Challenge Antigua, four are replicas, and one is original. 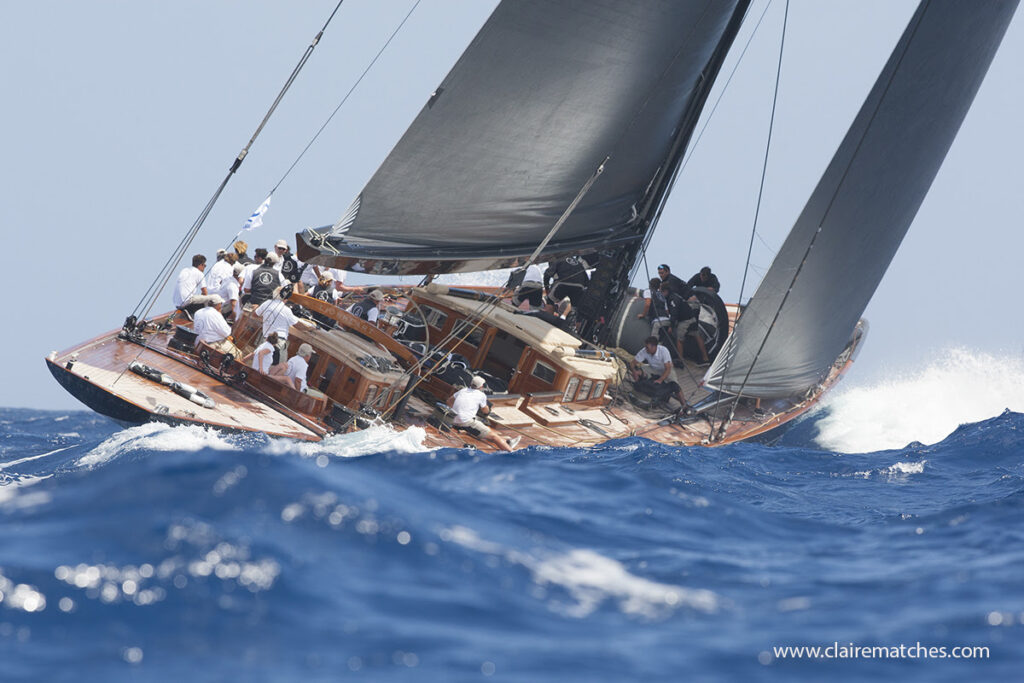 Lionheart’s original hull design was one of the lines plans made for the Ranger syndicate in 1936 by Starling Burgess and Olin Stephens. In 2005, Freddie Bloemsma and Claassen Jachtbouw was responsible for building Lionheart. She was launched 5 years after the project started, in the summer of 2010. She arrived at the racing scene in 2012 and showed great potential by winning the Kings 100 Guineas Cup in Cowes. In 2017, six yachts raced for the J Class World Championship, Lionheart was the winner scoring top-three results in all seven races. 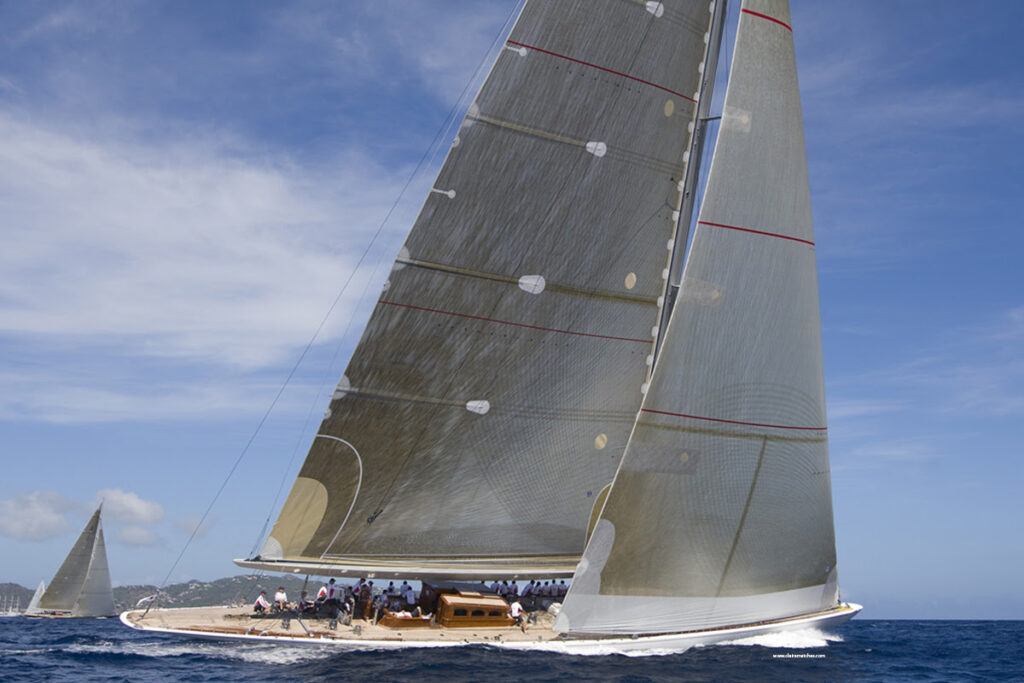 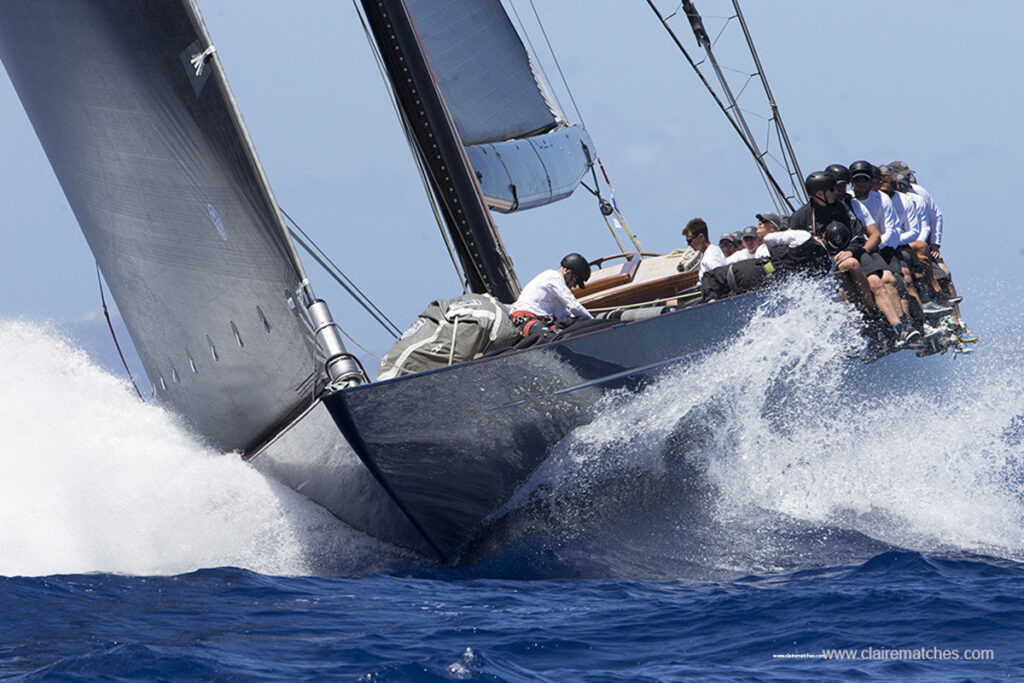 The original drawings for Svea were made in 1937 by Tore Holm. Svea had the greatest waterline length and maximum rating allowed under the Universal Rule which determined eligibility for the America’s Cup. Svea was never built and the plans were lost for decades, until discovery by John Lammerts van Bueren. The construction of Svea was commissioned by an avid racer who wished to participate in the 2017 America’s Cup Superyacht Regatta and J Class Regatta in Bermuda. And so it was that 80 years after the original drawings were made Svea finally hit the water at the Vitters yard in the Netherlands. 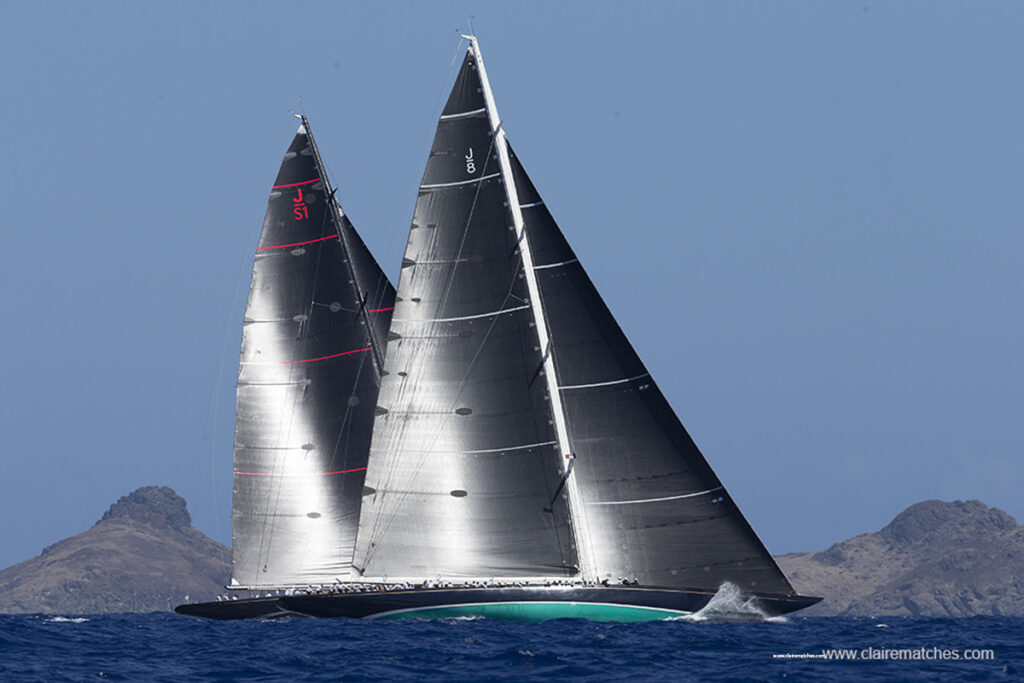 Topaz comes from an unbuilt 1935 Frank C Paine A design, the son of General Charles J Paine of Boston, a three times owner of the successful America’s Cup defenders for the New York Yacht Club: “Puritan” in 1885 (as part of a syndicate) and later Mayflower (1886) and Volunteer (1887). Topaz was launched in the summer of 2015. Lines plans were created by the Hoek Design Office , which was also responsible for the art deco interior design. The rebuild was finished with the hull and deck built at Freddie Bloemsma Shipyard and fitted out at Holland Jachtbouw. Topaz was launched in the summer of 2015. 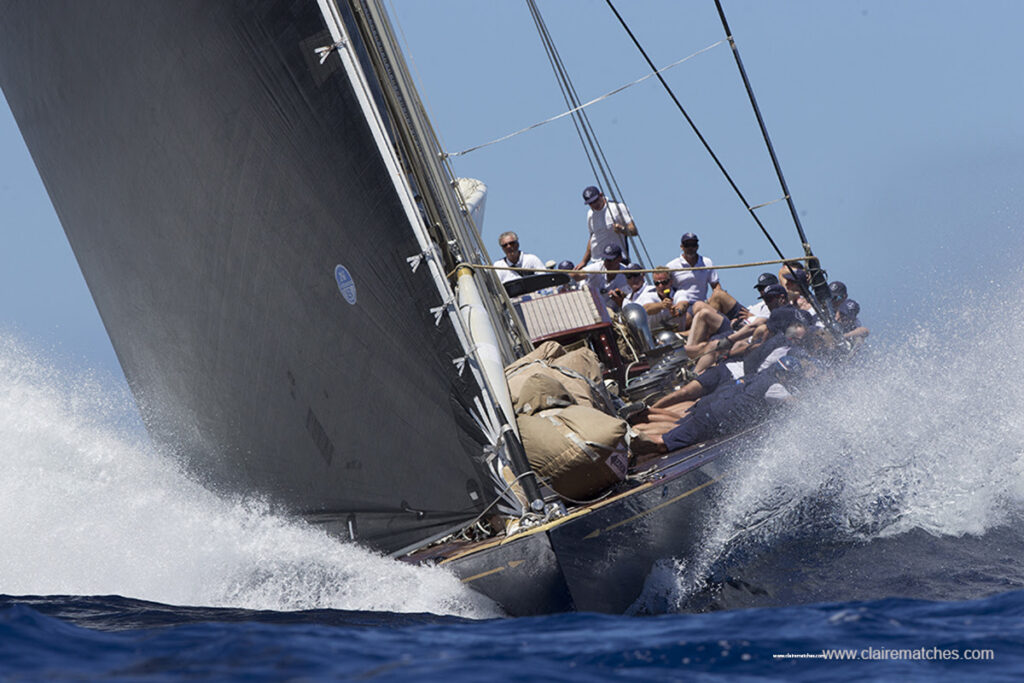 Designed by Charles Nicholson and built by Camper & Nicholson in 1933 for Mr W.L. Stephenson, Velsheda was built in Gosport, UK. Velsheda was named after Stephenson’s three daughters, Velma, Sheila and Daphne. Velsheda was purchased in 1996 as a bare hull lying at mooring in Portsmouth Harbour, and was taken to Southampton Yacht Services, on the River Itchen where a two year comprehensive rebuild was completed, Dykstra Naval Architects were employed for the refit. Velsheda was re-launched in November 1997.