This Sunday, 74 teams and more than 1,000 sailors from around the world will take to the turquoise waters around Saint Barthélemy for the triumphant return of the 11th edition of Les Voiles de St. Barth Richard Mille, April 17 – 23. No doubt the two-year forced absence has whetted the appetite and attracted even more sailing enthusiasts, eager to sail and socialize.

The increasing popularity of the multihull classes

In the port of Gustavia, home to the central race village for the beloved regatta, co-founders François Tolède and Luc Poupon are busy making the final preparations to welcome the competitors of this 2022 vintage in the French island’s signature classy yet casual way.

The increasing popularity of the multihull classes contributes to the event’s strong numbers. “This is a trend that was already notable in recent years and continues to grow,” says Tolède. “At 18 strong, the catamarans and trimarans represent a quarter of the fleet.”

Among them, we find regulars like Greg Slyngstad’s Fujin, who finished 2nd in the last edition in the ORCmh division; and also Mach Schnell from Kent Haeger, François Nel’s Arawak, Jim Vos’ Nala or her sistership, Brieuc Maisonneuve’s TS 5 Addictive Sailing. Are expected also a slew of the three-person Diam 24 OD trimarans – Sylvain Corroy’s Air Nest, Pierre Altier’s Cry Baby, and Karibuni Pinel Islander and ADH14 – who will most likely have their own regatta within the regatta.

SCHEDULE 2022: All of the events, at sea and on land can be found online 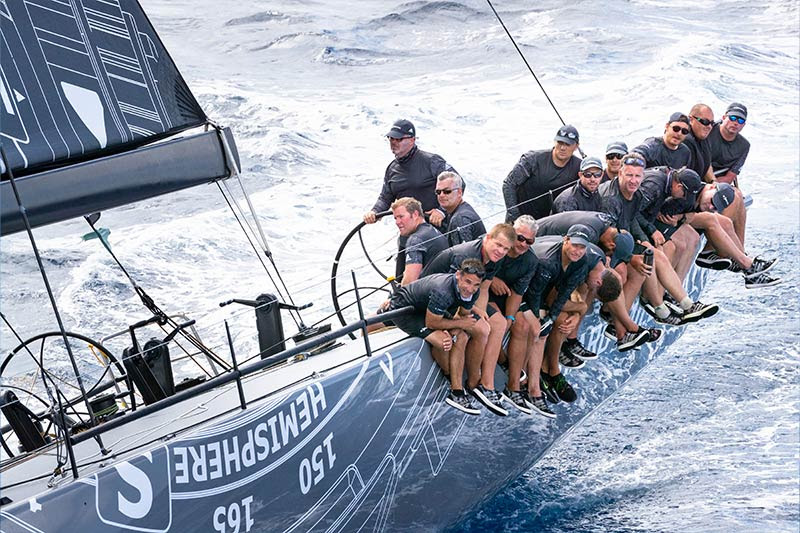 The fight promises to be just as exciting for the Maxis. A category in which we will find real racing beasts, such as George David’s Rambler 88 who won the event in 2015. It is also a safe bet that Rambler 88 is a major customer for the Richard Mille Record Trophy intended to establish a reference time on a course of about 40 miles between the islands of Saint-Barth and Tintamarre.

The same goes for, among others, Terence Glacking’s Prospector and Hap Fauth’s Maxi 72 Bella Mente; or Vesper, owned by Jim Swartz, four-time winner of the event between 2011 and 2016.

“Susan and I have always enjoyed St. Barth, and so returning to sail was natural. It’s by far the best culinary and fun experience in the Caribbean, and sailing there in April is paradise,” says Swartz. “The race committee offers new routes every day that reflect the conditions of the day. We love figuring out the challenges as they unfold and trying our best to succeed with what is thrown at us.”

Swartz has been a loyal fan of the event since the beginning, just like Wendy Schmidt, who returns to the regatta on board her new boat, the Botin 85 Deep Blue.

Upcoming matches at all levels 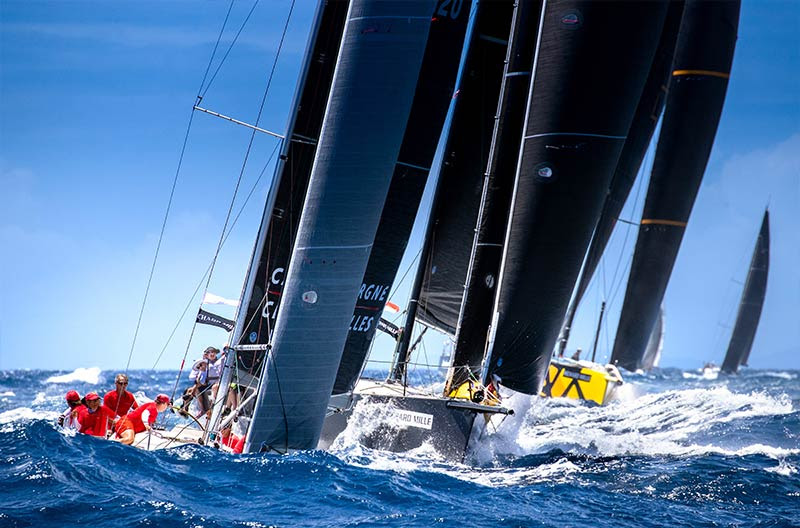 If the match promises to be close among the multihulls and the largest maxis, some great tussles are also expected among the Spinnaker fleets. Sergio Sagramoso’s Lazy Dog and Pamala Baldwin’s Liquid, both CSA3 and CSA4 title holders, will obviously be competitors to watch closely, as will Andrew Hall’s Pata Negra, Jeremy Peter Thorp’s Phan, John Vincent’s Wings who will certainly have their say at the forefront during the racing.

Others, the “newcomers,” could well, however, play the spoilsports, like EH01 – Global Yacht Racing skippered by Andy Middleton; Maximilian Klink’s Caro; Woody Cullen’s Hermes; or Ice, skippered by Marc Pajot.

“After my first time in the last edition in 2019, I am delighted to return to the event aboard the Baltic 43 of my friend Hervé Margolis. I particularly appreciate the race which perfectly combines high-level regattas and a great social atmosphere. Although our boat will certainly not be the most efficient in the fleet, I am nevertheless very eager to race with my friends and not have to take the cold-weather gear in my luggage!’ jokes Pajot, a 505 world champion, silver medalist at the Munich Olympic Games in the Flying Dutchman, three-time winner of the Multihull Trophy and winner of the Route du Rhum in 1982.