The International Maxi Association’s Caribbean Maxi Challenge is due to make a strong start from Antigua today with the new series’ first event, the Royal Ocean Racing Club’s Caribbean 600.

This year the super heavyweight battle is between 100+ft footers – Dmitry Rybolovlev’s ClubSwan 125 Skorpios and the VPLP-Verdier 100 Comanche. When the two lined up for the first, and so far only, time in last October’s Rolex Middle Sea Race Comanche prevailed, beating her larger rival on the water.

Comanche is currently riding the crest of wave having won the ‘triple’ (line honours, record and IRC overall win) in both that event and in January’s RORC-IMA Transatlantic Race. “We are pretty happy with the way the team is going and the boat is performing well,” admits skipper Mitch Booth. “We are looking forward to the battle. It is a long race and a lot of things can happen.” 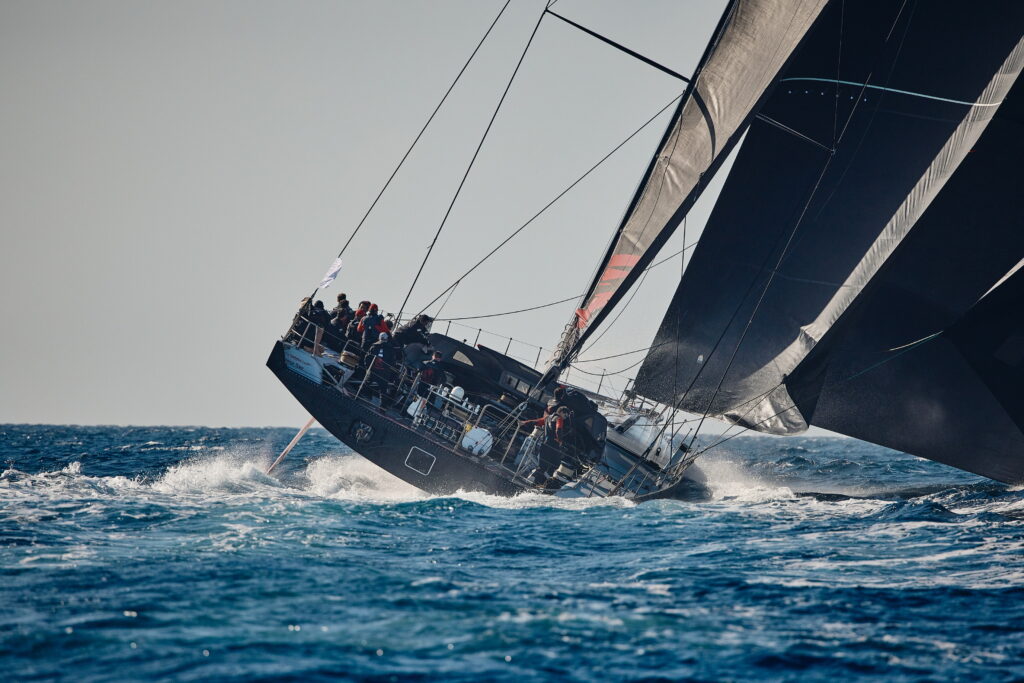 Following her ‘triple’ in the RORC-IMA Transatlantic Race, can Comanche repeat this in the RORC Caribbean 600? Photo: James Mitchell/RORC

Comanche competed in the Transatlantic Race without her giant foils, but with a variety of points of sail expected in this race as its meanders through the Lesser Antilles, from St Maarten in the north to Guadeloupe and Les Saintes in the south, these have been reinstalled. Several key crew are also back including Volvo Ocean Race sailors Kyle Langford and Luke Malloy, joining other A-listers such as navigator Will Oxley and local Antiguan hero Shannon Falcone.

In comparison Skorpios is much newer, yet to celebrate her first birthday. The giant has come straight from a refit in Barcelona where various work has been carried out including fixing some keel issues and making small rudder modifications. “We made a lot of work there,” confided skipper Fernando Echavarri. “We are improving, learning about the boat and are starting to understand the modifications to make the boat perform.”

The forecast for this year’s Caribbean 600 is for typical northeasterly trade winds of 12-17 knots, but quite which boat prefers this remains uncertain. “We look forward to the fight with Comanche,” continues Echavarri. “I think in 14+ knots Comanche is always faster and over 20… If it is 12-16 it will be a big, big battle, super-interesting. VMG upwind I think we are very similar. They have very efficient foils. Downwind VMG, up to 16 knots we should be a bit faster and a bit lower, but not much. In less than 10 knots we will be faster.” However Echavarri says that at times they are still some way off achieving their target speeds. 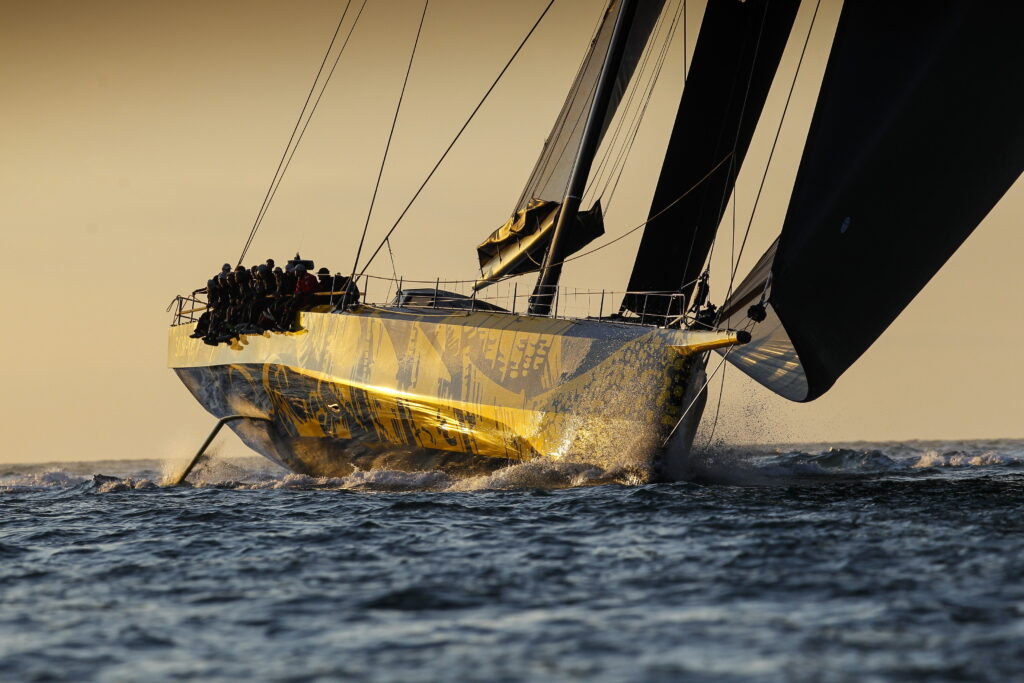 According to Booth, Comanche’s advantage increases the more wind there is: “Over 20 we are planning very nicely and we are very fast. If it is less we don’t have such an advantage..”

However the moderate forecast may at times suit a boat that knows this course well – the Farr 100 2009/2013 line honours winner, Leopard. “It is probably more favourable than a heavier air race when Comanche and Skorpios will surf,” predicts long term skipper Chris Sherlock. “Less wind gives us a better chance of hanging on to them under IRC.”

Sherlock reckons the race as being Comanche’s to lose. “She is more nimble and can change sails quicker and is the form boat having won the Transatlantic triple. She sails fairly wide angles, but is an extremely impressive boat. Having so many legs [of the race] will suit Comanche better than Skorpios. Our goal is to finish on the podium on the water and hopefully under IRC.”

This is another crew loaded with heavyweights including Paul Standbridge, Guillermo Altadill, Richard Bouzaid, Gerry Mitchell, etc. Navigating is Hugh Agnew: “It looks like a pretty conventional medium to light trades of 12-17 knots – so not hooning. That could be good for Leopard – we want more displacement conditions.”

Chasing the big boats will be an extraordinary fleet of former Volvo Ocean Race boats, including six VO70s and three VO65s, which are certain to have strong competition. Many are out of class, especially the Danish VO70 L4 Trifork, skippered by Jens Dolmer but with a crew including multiple Volvo Ocean Race skipper Bouwe Bekking and Brazilian Joca Signorini, who raced on this boat in the 2008-09 Volvo Ocean Race when she won as Ericsson 4. 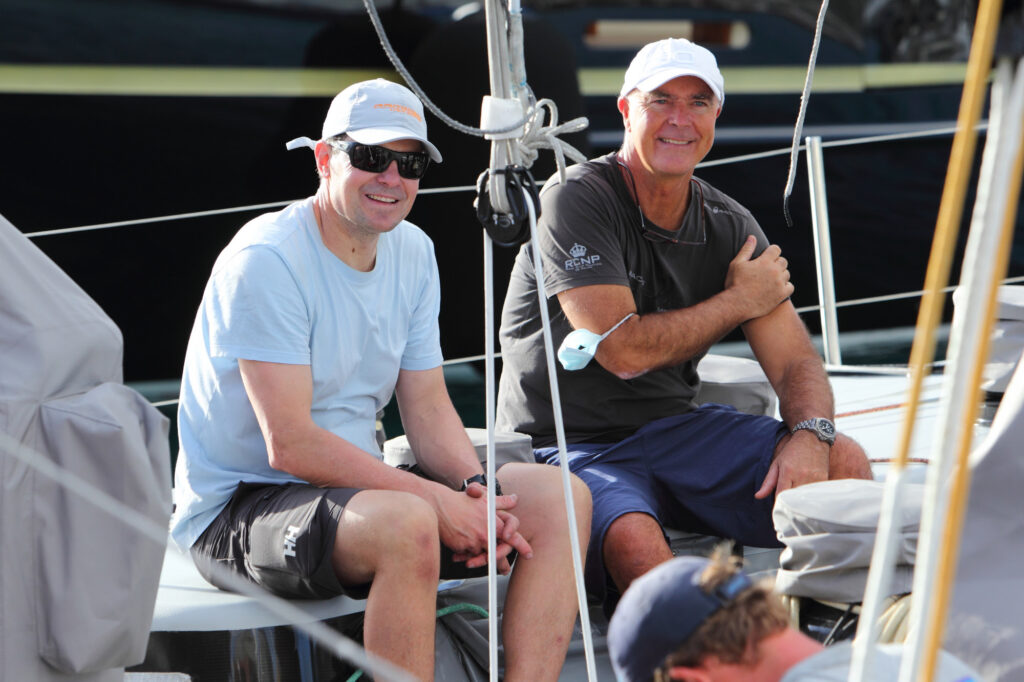 Since then the boat has been fully turboed, fitted with an extra set of lateral foils (originally from an Emirates Team New Zealand foiling catamaran). L4 Trifork doesn’t fully fly but the foils provide lift to leeward (in addition to her original vertical daggerboards) and has enabled her bulb to be lightened. In addition, her bowsprit is longer, the mainsail has a larger square head and the headsails are larger. While standard VO70s were said to have occasionally hit speeds of over 40 knots, L4 Trifork has managed 45.

“When you are going over 20 knots, it feels nice,” says tactician Bouwe Bekking. “From the new foils you get righting moment. When you are sailing apparent wind, it feels like very high sustained speeds, you jump over the waves a little bit more than usual. The boat goes nicely downwind.”

But with these modifications L4 Trifork has a 70 points higher IRC rating than the next highest VO70, Yacht Club Sopot’s Ocean Breeze. “When it is windy, you can out sail the rating, but on a course like this…” muses Bekking of the winding Caribbean 600 course. Among the VO65s is Groovederci Racing – Sailing F, entered by Californian former Mumm 30, Farr 40 and Melges 32 campaigner Deneen Demourkas and a strong crew including Match Racing and M32 World Champion, Taylor Canfield.

For French 2024 Vendée Globe contender Christopher Pratt on Lady First III this will be his first Caribbean 600, but their participation in both this and the RORC-IMA Transatlantic Race has been planned for years.

“The course is just amazing,” says Pratt. “There are a lot of manoeuvres to manage, which we like a lot.” Lady First III’s pro-amateur crew includes other French pros such as Mini/Figaro sailor Xavier Macaire, last year’s La Solitaire du Figaro runner-up. These solo sailing experts will get to enjoy some unfamiliar luxuries says Pratt. “We are not cruising, but the boat is really comfortable – we have a freezer, hot water and we have wine with dinner AND lunch.”

The first warning signal for this will be at 1050 local time (Monday) with the majority of the maxis competing in IRC Super Zero setting sail at 1120.

For more information on the International Maxi Association visit www.internationalmaxiassociation.com