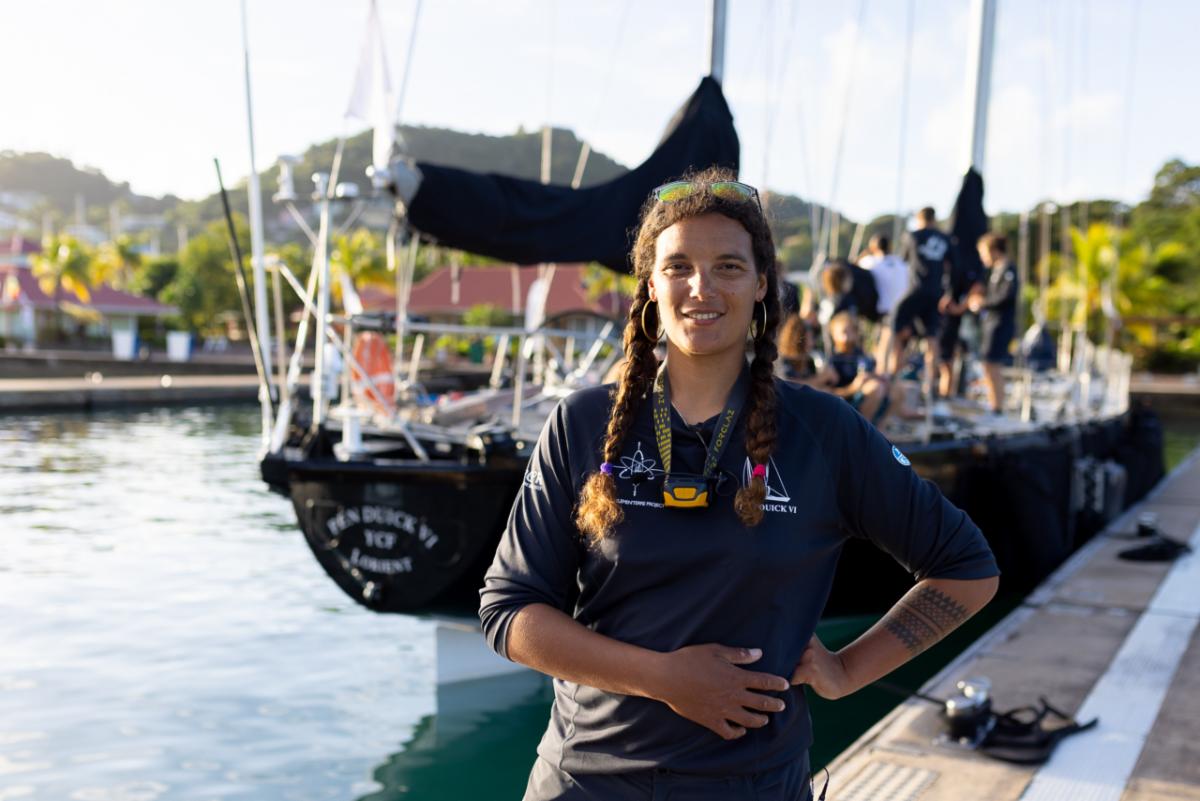 Sunday 22nd January, Grenada: Marie Tabarly’s 73ft ketch Pen Duick VI (FRA) finished the RORC Transatlantic Race on Sunday 22nd January in an elapsed time of 13 days 19 hours 33 mins 53 secs. Proudly displaying the flag of the Yacht Club de France, the Pen Duick crew of 12 is the youngest in the race and also has 50% women sailors on board. Pen Duick VI will next be competing in the new RORC-organised Nelson’s Cup Series in Antigua in February.

“The Pen Duick crew has been selected for the 2023 Ocean Globe Race and this is our first race together. There is no better way to cross the Atlantic than to race,” commented Marie Tabarly. “For me, as long as I am at sea, I am happy, but there were not perfect conditions for Pen Duick. This boat likes to go upwind in heavy weather rather than downwind in light conditions, which we had for this race. However, it was very interesting for us to have the sensation and to work on the sail plan that we would like for the Ocean Globe Race.

“Pen Duick has a young crew, and there are not many boats like her. There is no school to race a boat like her. To gybe we need 11 people; we need to work together, stick together and have a vision of what is going on. Pen Duick is a heavy, powerful boat and you have to sail her in a very classical way which requires focus as well as a spirit from the team. Having a team that can work together is much more important than if they are technically experienced.” 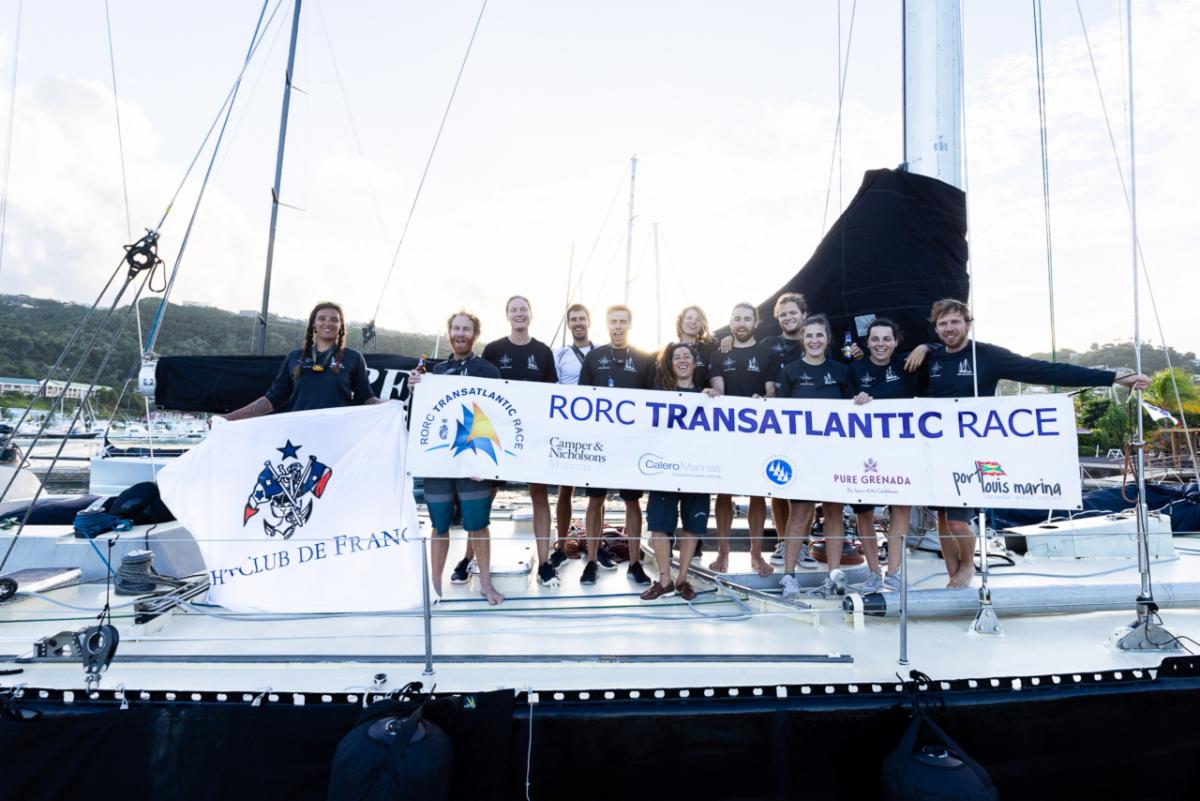 Celebrating after the finish in Grenada. Proudly displaying the flag of the Yacht Club de France, the Pen Duick crew of 12 were the youngest in the race © Arthur Daniel/RORC 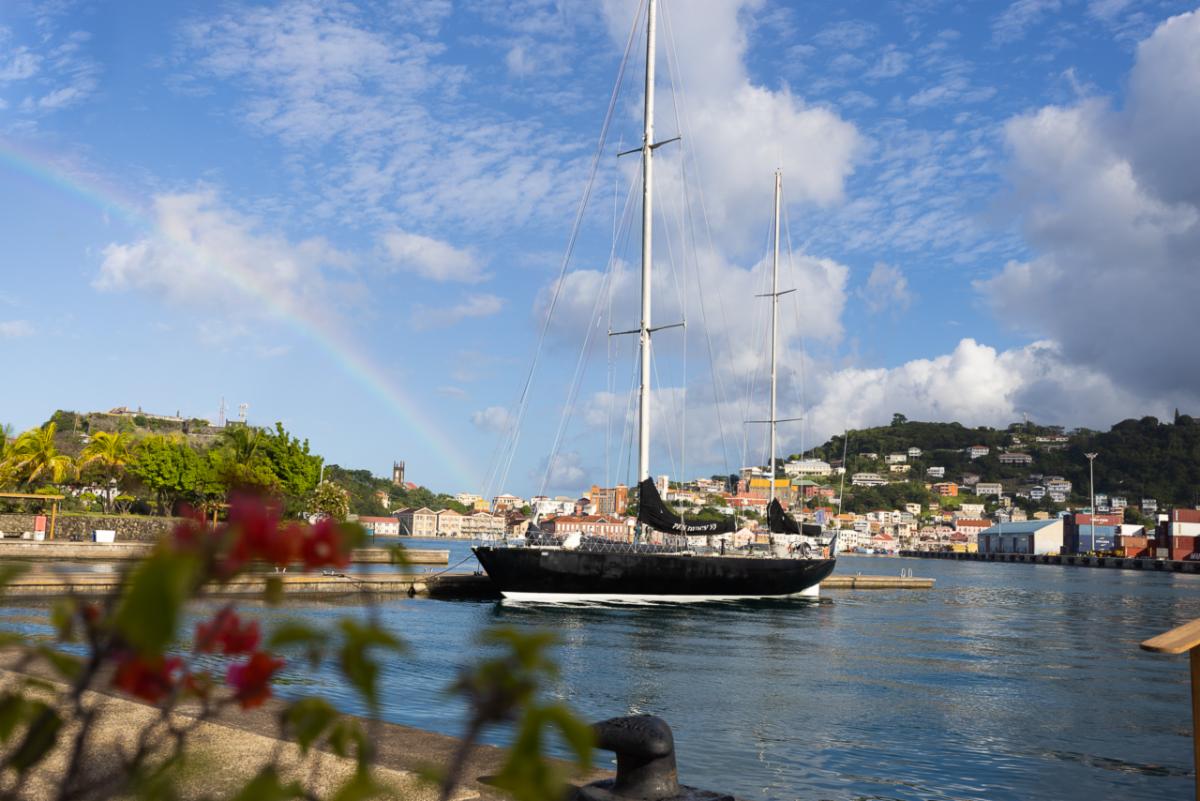 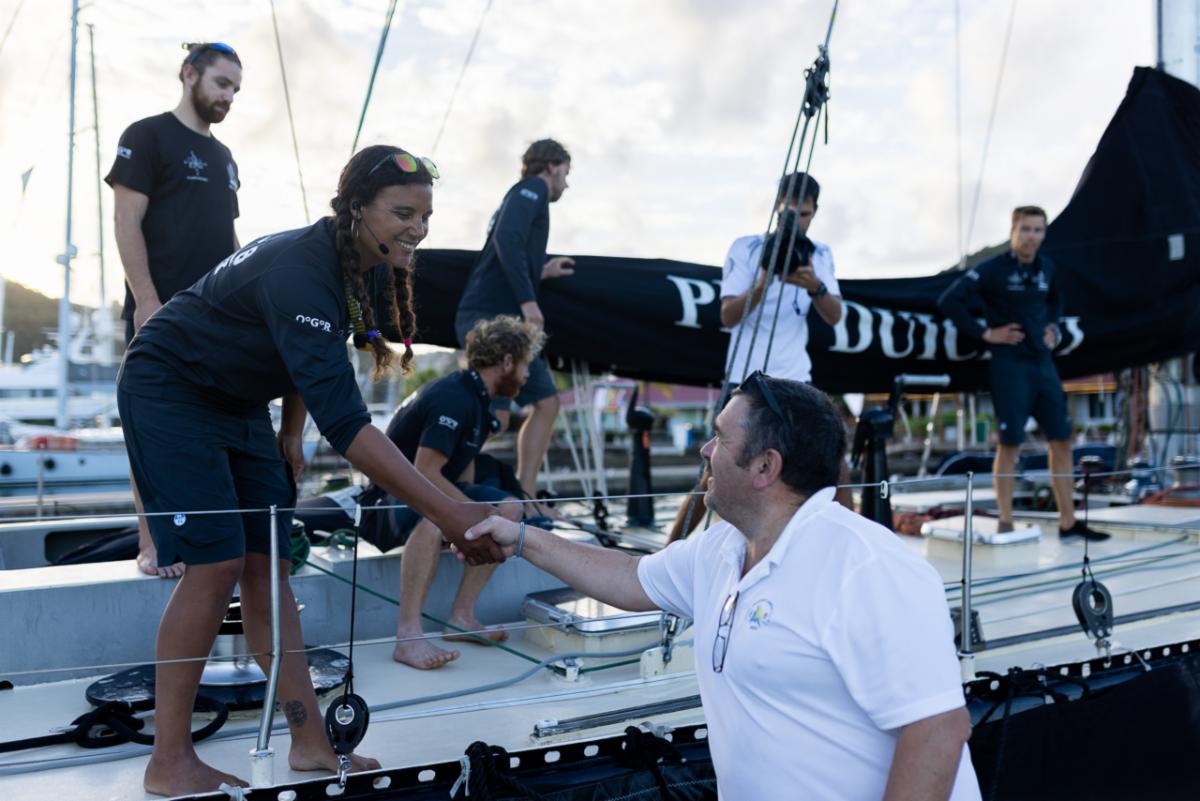 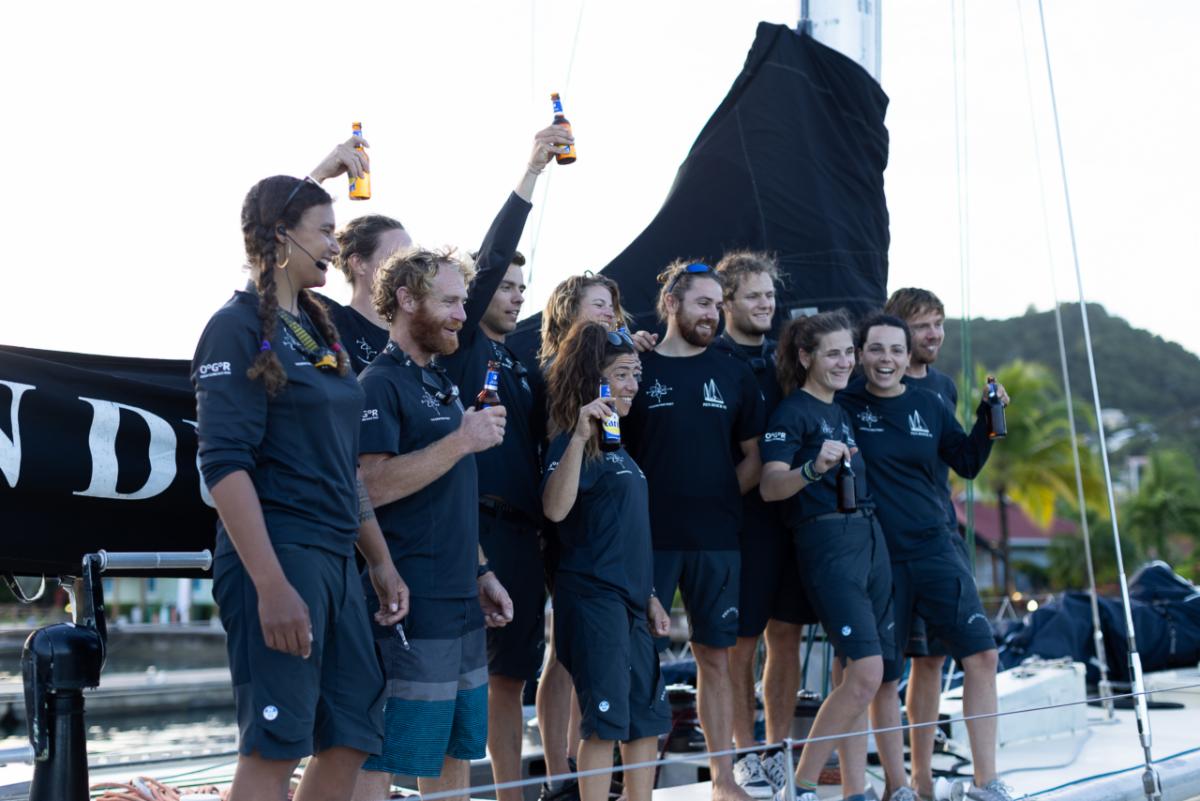 “There is no better way to cross the Atlantic than to race” Marie Tabarly, Pen Duick VI © Arthur Daniel/RORC

Father and son owners, Andrew and Sam Hall were racing Lombard 46 Pata Negra (GBR) for the second time in the RORC Transatlantic Race. Pata Negra finished the race on Sunday 22nd January in an elapsed time of 13 days 23 hours 45 mins 13 secs. Pata Negra was greeted dockside by the RORC Finish team, and with cold beers from Port Louis Marina. In 2022, Pata Negra was fourth in class and took over 15 days. This year, Pata Negra won IRC One and completed the race in just under 14 days. Andrew Hall is the oldest competitor in this year’s race and Sam is one of the youngest skippers.

“We saw a fishing boat about 50 miles off Barbados and they came and waved to us. It’s always exciting when you see another human being after 3,000 miles of just seeing the crew on Pata Negra,” commented Andrew Hall.  “I think that Sam and I are very lucky that we both like to do the same thing. I don’t know how many years I have got left, but we would like to be back next year. We are learning more and more about the boat; we are getting her going quicker and coming up with new ideas. Next for Pata Negra will be the RORC Caribbean 600 and then the boat will be on charter for other Caribbean regattas. Pata Negra will then return to the UK, take part in a few RORC races and then the Rolex Fastnet Race this summer, and we are looking forward to that.” 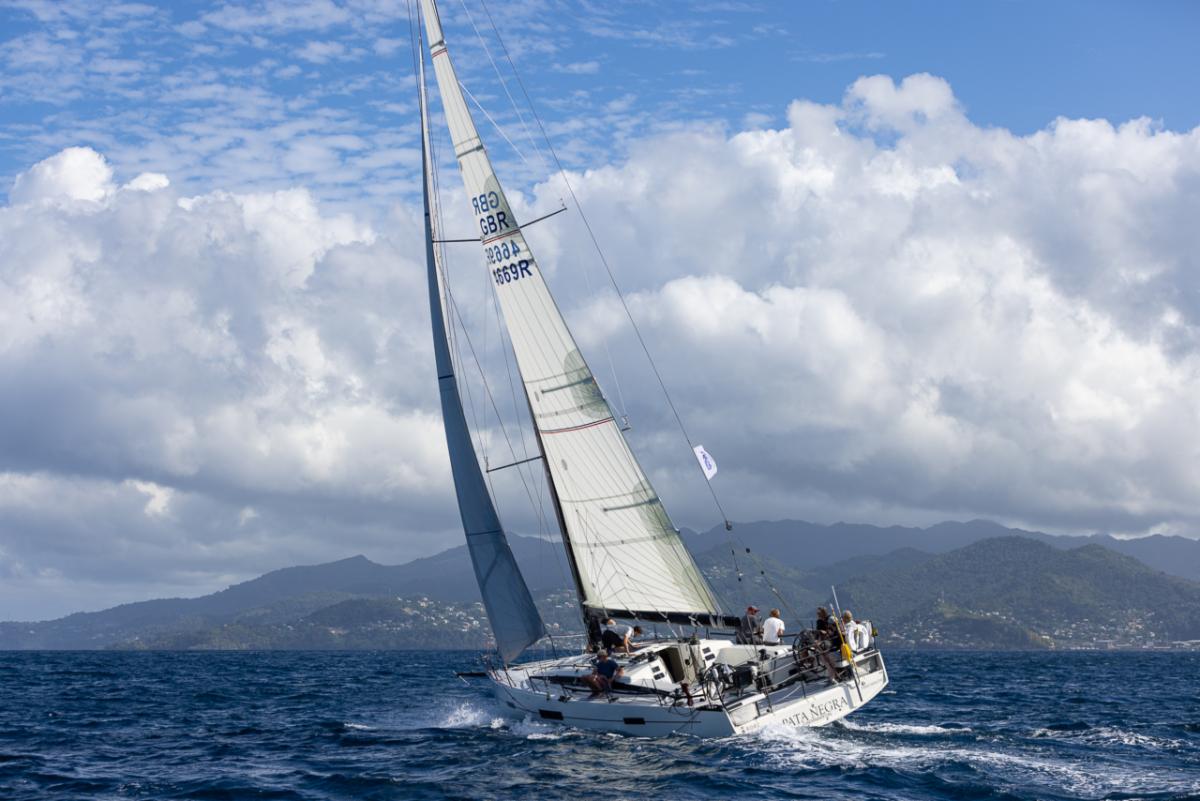 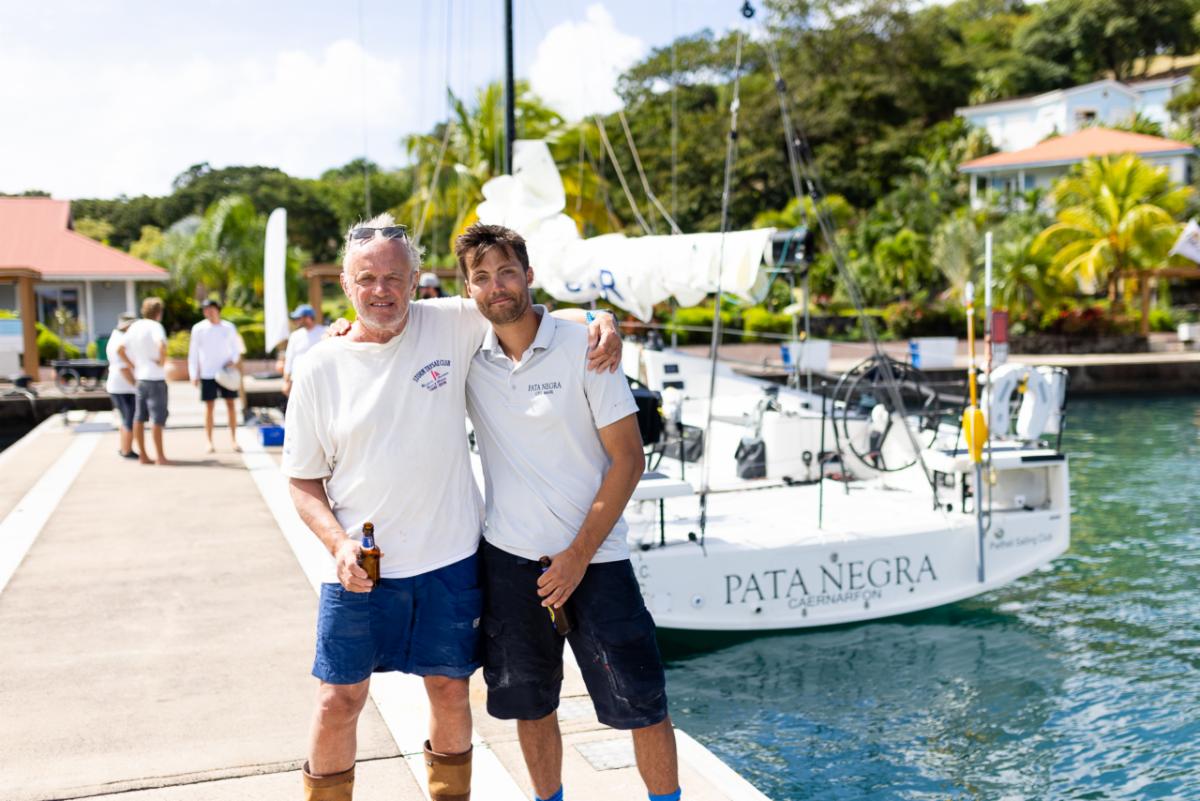 “We had a lot more wind than last year. Once we left the Canary Islands we put the kite up and we had some awesome sailing,” commented Sam Hall. “Fast sailing with white water and just shy of 29 knots of boat speed at times. This was all you could dream of for 14 days: just astounding. A great race and a great team, but the fields of sargassum weed were a bit of a hindrance at times. We had to take the kite down at numerous intervals and then back the boat to clear the rudders. Sailing with my dad is great, but like any father and son, we have our moments. However, we love each other and have raced across the Atlantic together twice, which is a special achievement. To share that with a special crew has been fantastic. Winning our class is a great achievement and definitely progress from last year; maybe we can build on that and be even better next year.”

Six teams are still racing in the RORC Transatlantic Race. For full coverage, including race updates and stories from the teams, follow the Royal Ocean Racing Club on Instagram, Facebook and Twitter. For regular updates, including satellite tracking go to: www.rorctransatlantic.rorc.org 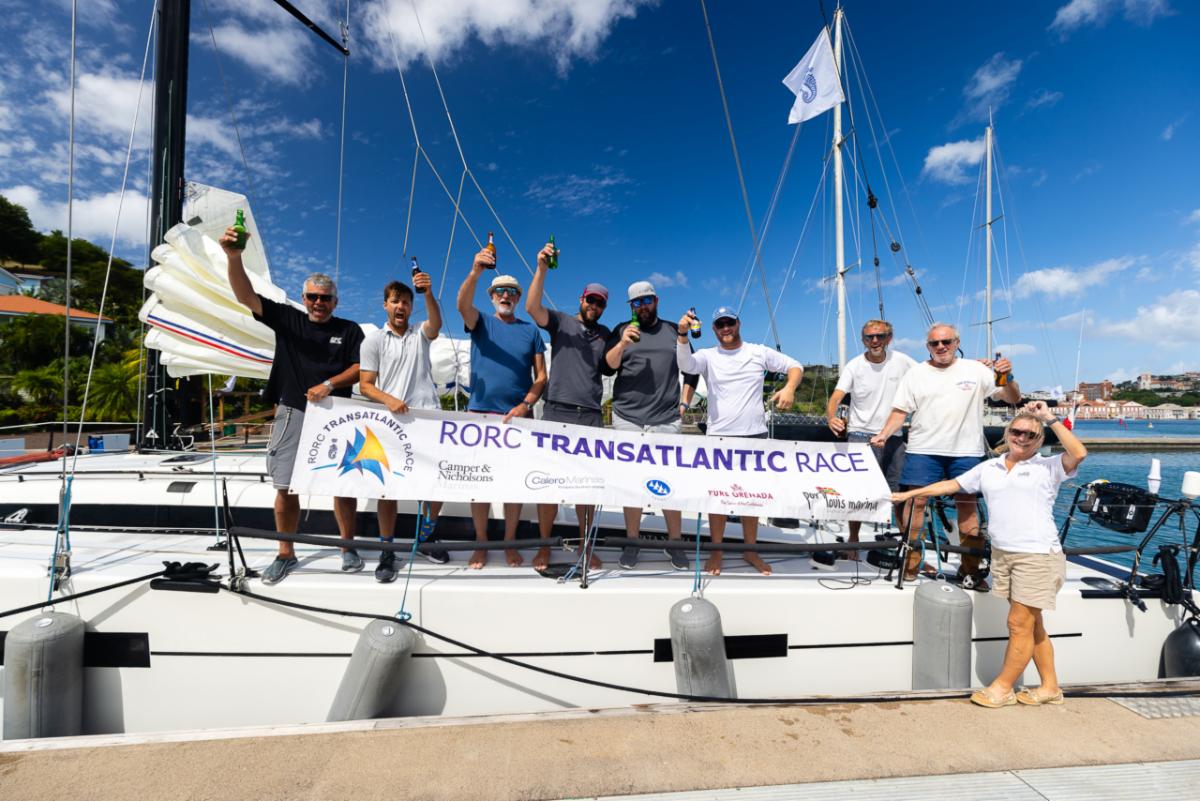 Hurrah! The team on Pata Negra raise a cheer after finishing the 3,000nm RORC Transatlantic Race in Grenada © Arthur Daniel/RORC