80th Mount Gay Round Barbados Series off to a cracking start. Shifts and squalls make for an exciting first day

The opening day of the 80th anniversary Mount Gay Round Barbados Race Series, Organised by Barbados Cruising Club in association with Barbados Tourism Marketing Inc, and Mount Gay, got off to a spectacular start today with an unusual mixed bag of conditions. Sun, rain, unpredictable shifts and 25+kt squalls kept competitors on their toes all day but most enjoyed the crazy challenge.

After a half hour postponement to wait for the wind to settle, the ultra competitive local J/24 fleet set off on the first of three races with Robert Povey and team – reigning champs from last year – on Hawkeye soon in control of the fleet with a 32-second lead the windward mark.

However, on the gybe approaching the leeward mark Robbie Yearwood and team on Island Water World Die Hard slipped through into a lead they were never to relinquish. Team Island Water World Die Hard also won the final race of the day but the stars of the show in today’s tricky conditions were Neil Burke and team on Impulse who notched up a consistent string of results that included two seconds and a first, which puts them in the overnight lead going into day 2 of the Coastal Series.

Commenting on his leading position, Burke said: “We had great racing and a lot of fun. It was a tough day as far as picking the correct way up the course was concerned, so all credit to my crew who, I must say performed exceptionally well. All the tacks, spinnaker hoists and take downs were fantastic and my trimmer – Brian Gibbs – was also my technical guy on board and he did a very good job at tuning the boat for the testing conditions.”

In CSA Division Peter Lewis and team on Whistler (J/105) enjoyed a good race with Conviction (TP52) and Ralph Johnson’s Farr 53 Rapajam. Their course took them on an 18nm sprint to Tapas mark along the south coast and, in the lively squalls there was plenty of excitement. 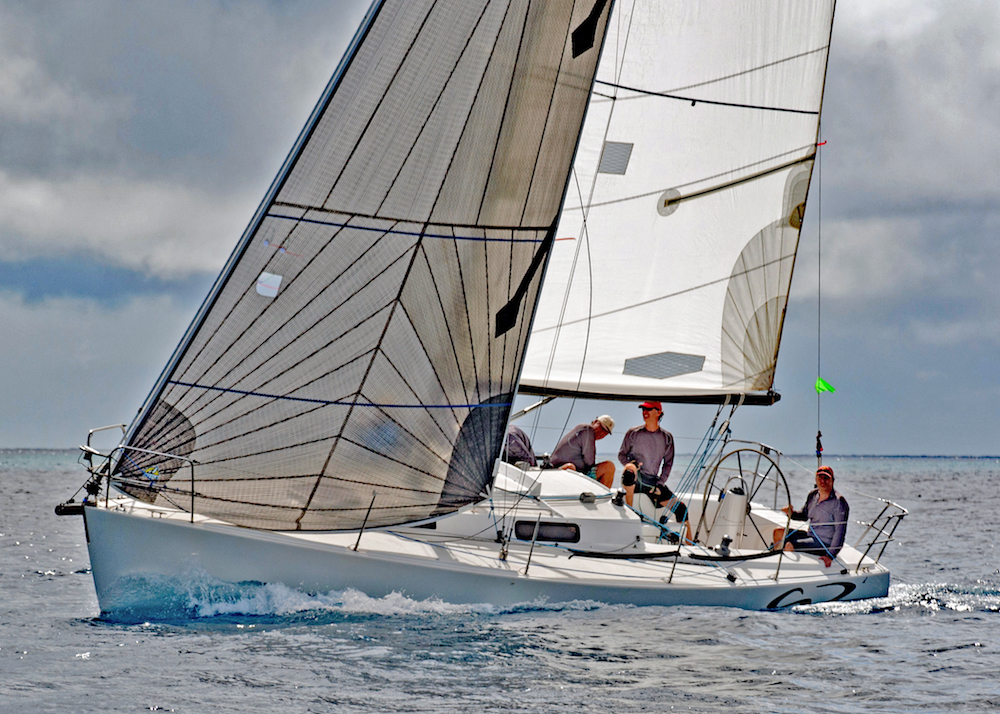 Whistler sailed well and managed to pull out some good time on Conviction. Pitman, Steve Lewis commenting on the race, said: “We had a fantastic day of coastal sailing but local knowledge probably helped us because it was so shifty. We gained most on a good lift going up to Tapas mark and then on our super-speedy run under spinnaker where we hit 13kts of boatspeed.”

Palmer – commodore of Barbados Cruising Club – enjoyed an extremely close battle today with Team Concise 12 on the Diam 24 trimaran (ex Sodebo in the Tour de France à la Voile). The racing between these two was neck and neck throughout and, although Silver Bullet pipped Concise 12 to the post, the dynamics between the two over the next couple of days are likely to become interesting.

Palmer commented: “We are really enjoying the close proximity with Concise 12. It is just the sort of racing we strive for. The conditions out there today were varied to say the least with everything from 20+ knots of wind to driving rain and sunshine, but everything held together, so we are happy and really looking forward to some equally good racing tomorrow.” 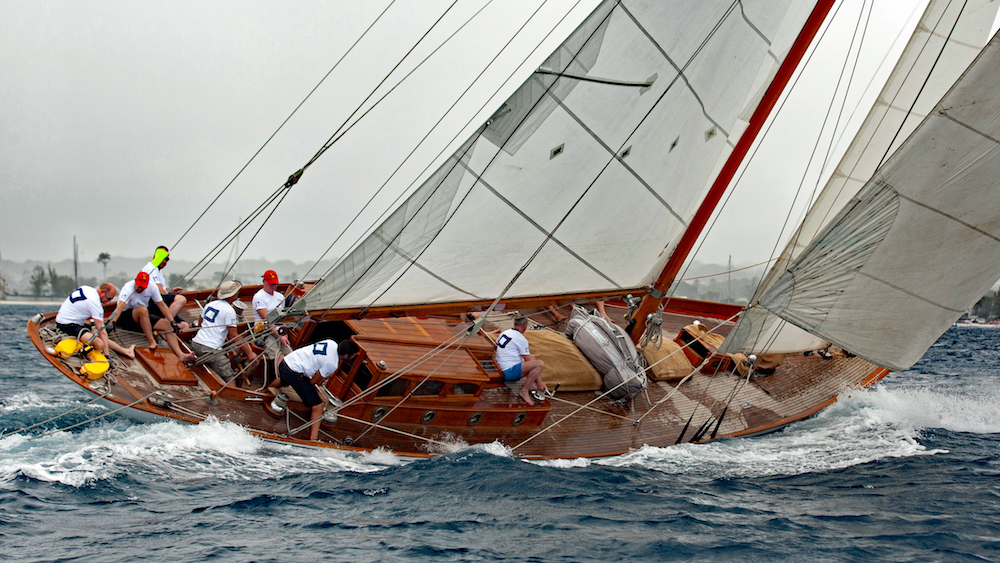 In the Non CSA (Local Rating) class, it was The Blue Peter’s day. This Alfred Milne-designed classic not only wowed the crowds with her stunning lines as she lifted her skirts in the breeze but also demonstrated her impressive performance in the tricky, shifty, squally conditions. Matt Barker – owner/skipper of this charter yacht said getting a good start to the race was paramount. “I put our win down to going the right way on the first leg and getting our nose in front. From then we had clear air, which is always a huge advantage.”

The conditions tomorrow are forecast to settle down with winds generally from the east. Racing for the Coastal Series will continue with one race for all classes except the J/24 class where four short races are scheduled.