St. Thomas, U.S. Virgin Islands. Strong sponsor support enabled the Marine Vocational Program (MVP) to enhance its ability to teach students marine skills such as sailing with the donation of six sailboats as part of the MVP’s Happy Island Sailing Club. The vessels, one Flying Scot and five Optimist dinghies, are key craft in teaching 10- to 18-year-old students all points of sail, enabling them to learn to sail the craft themselves. The donation of these sailboats proved the successful outcome of a six-month campaign in which sponsor support came in waves. 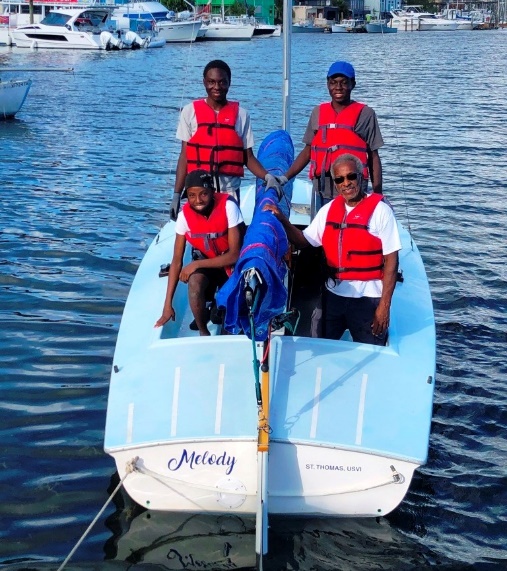 The six-month fundraising, vessel acquisition and ultimately instructional campaign, named the Happy Island Sailing Club, kicked off in January when sponsors Heavy Materials, the Lana Vento Charitable Trust, the Prior Foundation, the Community Foundation of the Virgin Islands, Seven Seas Water and Ken Morton sponsored the purchase of a 19-foot Flying Scot, named Melody, and its shipment to St. Thomas from Miami in February. The design was chosen since it can easily be sailed by 2 to 6 students, is shallow draft ideal for the MVP’s training venue in the Mangrove Lagoon and can be sailed with a spinnaker giving students another level of education in the craft. It’s also a solid design, which was inducted into the American Sailboat Hall of Fame, is supported by a strong class association with nearly 120 fleets throughout the U.S.

In April, Dr. Henry Smith, a well-respected and longtime member of the faculty and staff of the University of the Virgin Islands and Flying Scot owner himself, came aboard as the volunteer Flying Scot instructor. After-school sailing lessons were added on Thursdays, in addition to the MVP’s Saturday classes.

April also kicked off the Happy Island Sailing Club’s ‘Name Your Boat’ campaign. This offered sponsors the chance to purchase one of the nearly new 8-foot Optimist dinghies the U.S. builder transported to St. Thomas in June for charter for the St. Thomas Yacht Club’s International Optimist Regatta. Five doners, Blumenfield, IGY American Yacht Harbor, IGY Yacht Haven Grande, XO Bistro and Sudi’s at Sapphire Village, stepped up to provide the MVP Program and its students a fleet of five vessels. The 8-foot, single-sail, single-handed Optimist dinghy is sailed in over 120 countries and is an ideal learn-to-sail vessel for sailors under the age of 15. 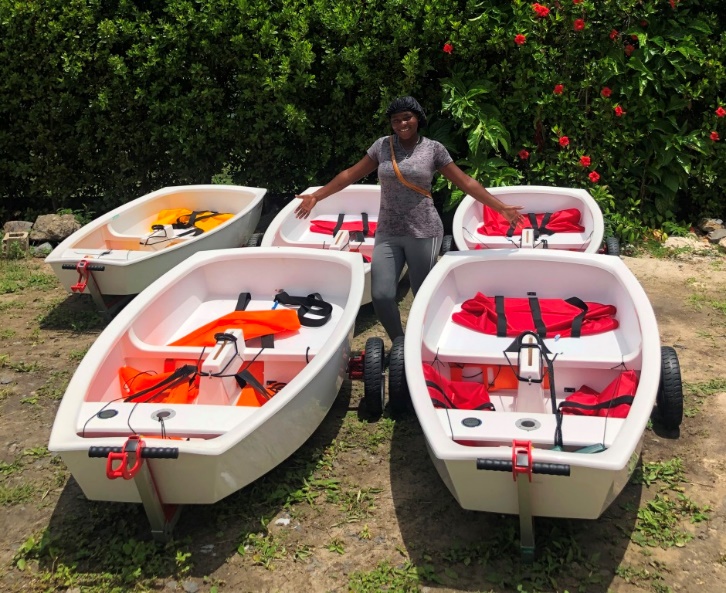 The MVP took delivery of the five Optimist dinghies on June 26. That same day, students had a one-on-one opportunity via ZOOM to talk with and ask questions of St. Thomas native, U.S. Coast Guard Lt. Nikki Barnes, who got her start in the Optimist and will represent Team USA in Sailing in the Women’s 470 at the Olympics this summer in Tokyo. Barnes also spoke with the students about career paths in the U.S. Coast Guard.

“We will make announcements soon for parents to sign their children up for sailing lessons,” says Captain Jimmy Loveland, a long-time Virgin Islands resident and MVP founder. “These lessons will be offered separately from our vocational training efforts. HISC ‘Learn to Sail’ memberships, with modest fees, will be sold in 2-hour blocks of sailing time on Sundays and holidays. We expect the program to expand to include races parents and sponsors can both watch and cheer. We hope that not only will the introduction of this sailing club help to bring in revenues for the MVP’s training programs, but also recruit new vocational students and sponsors.” 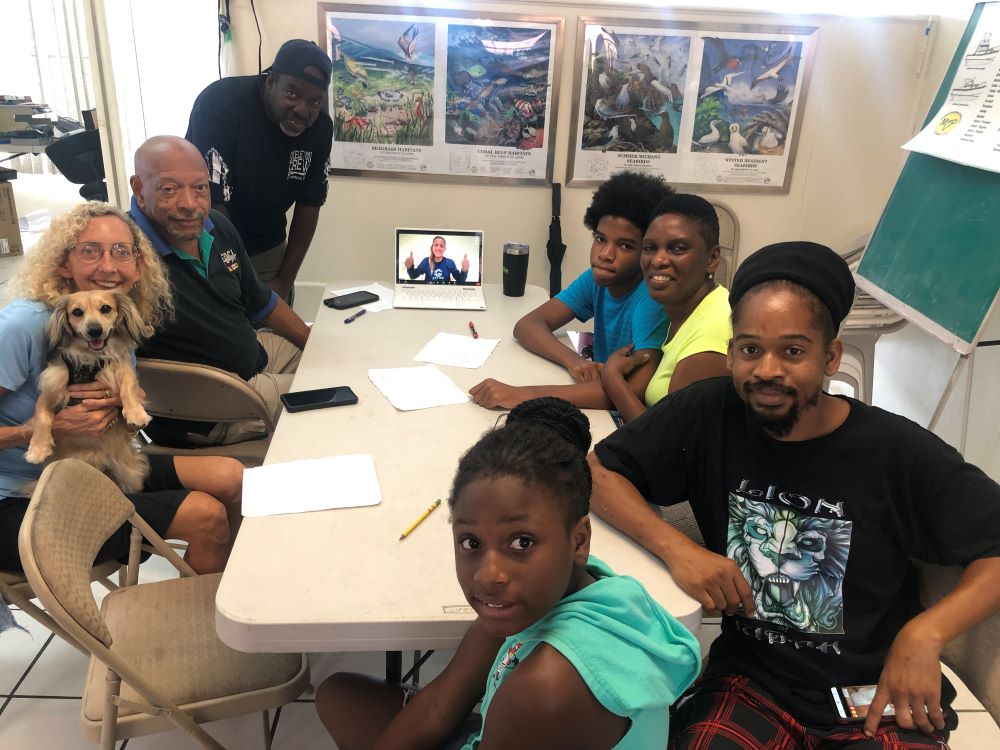 The MVP program became a U.S. IRS 501 (C)-(3) Non-Profit organization in 2015. Loveland’s idea is that by offering the island’s young people the required training and skills, they can attain a lucrative and potentially lifelong vocation in the U.S. Virgin Islands’ marine and marine hospitality industries. As such, the MVP recruits grade school, middle school and high school age boys and girls from local organizations. Hundreds of young people to date have learned to swim, dive, snorkel, kayak, fish, operate a powerboat and sail through this program, all at no cost to them or their families. For more information about the MVP and how to donate, call (340) 626-4414, email: learn@mvp.vi or visit: www.mvp.vi